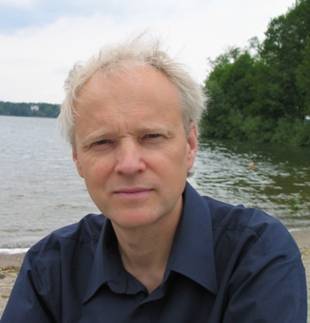 Richard Bright: How does the brain maintain the mind?

Paavo Pylkkänen: Pretty much everyone taking part in consciousness studies agrees that the brain plays a key role in maintaining the mind. For example, when one is dreaming and having a visual experience, the same brain areas are activated as when one is awake and having a similar experience. Yet there are a growing number of those who think that we should not localize the mind entirely to the brain. The Finnish psychologist Timo Järvilehto gives a nice analogy to illustrate this critical stance. When we are driving a car, the steering wheel plays an important role. Yet it would be strange to say that driving is localized in the steering wheel.  Similarly, Järvilehto says that certain brain areas clearly play an important role in thinking. However, he sees our thinking as a whole process that involves the organism and the environment.  Thus, to understand thinking properly it would be too narrow to focus exclusively upon studying certain brain areas – just as to understand driving it would be too narrow to study the behaviour of the steering wheel. He says that the basic mistake in any locating of mental functions to parts of the brain is very simple: some part of the complicated system is equated with the whole result of the system.

Now, the way a philosopher would answer the question about how the brain maintains the mind depends upon her view about the nature and relationship of mind and brain. Here are just a few examples of such views. Traditional substance dualists assume that mind and brain belong to independent and separate substances that nevertheless interact. So for a dualist, the brain does not maintain the existence of the mind. However, because of the assumed interaction between the substances, the brain provides the sensory information to the mind, and also carries out the actions initiated by the mind. The trouble with substance dualism is that the substances are assumed to have nothing in common and thus the interaction is left mysterious and unexplained.

The brain-mind identity theory solves the problem of interaction by assuming that types of mental states (such as pain states) are identical with types of brain states (such as C-fibre firing).  So when we talk about the mind we are really talking about the brain, and mental processes are a subset of neural processes. One trouble with the identity theory is that it seems to leave conscious experience completely unexplained.  Many philosophers just don’t understand how an objective, mechanical physical process (such as C-fibre firing) could possibly be the same thing as a subjective, qualitative experience (such as a pain experience).

Yet another view is functionalism which finds the brain-mind identity claim too restrictive or “chauvinistic”. If a type of mental state (say pain) is assumed to be identical with a type of neural state (say C-fibre firing), this seems to exclude in principle the possibility that non-neural physical states (such as silicon-based states in artificial intelligence) could be pain states. Thus functionalists say that what is important is not so much the stuff that a state is made of, but rather the function that the state performs in the organism.  So, for example, when it comes to pain, as long as a state can perform the sorts of functions that pain states perform in us, a state counts as pain. In functionalism the brain is typically seen as a “hardware” that realizes the mind, when the latter understood as a kind of “software”. In principle the same software could be realized in some other type of physical system (say silicon-based), as long as the hardware can perform the relevant functions. Now, functionalists have traditionally tended to think that the nature of the hardware that implements the software is a secondary issue, while the real challenge is to understand the mind as software. There is, of course, a sense in which the brain maintains (or realizes) the mind even for most functionalists, but they assume the mind has an autonomous, abstract existence as a “software” kind of thing.  A major trouble for functionalism, just as for the identity theory, is conscious experience. Philosophers have produced a number of arguments that purport to show that functional or relational descriptions cannot capture the intrinsic, qualitative features of conscious experiences, such as the redness of red or the painfulness of pain.

Paavo Pylkkänen is a Finnish philosopher of mind. He is associate professor in philosophy at Skövde University College and university lecturer in theoretical philosophy at the University of Helsinki. He is particularly known for his work on mind-body-studies, building on David Bohm's interpretation of quantum mechanics, in particular Bohm's view of the cosmos as an enfolding and unfolding whole including mind and matter View all posts with Paavo Pylkkanen →