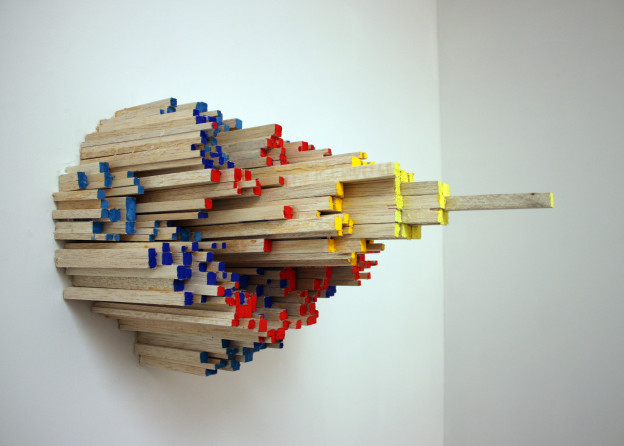 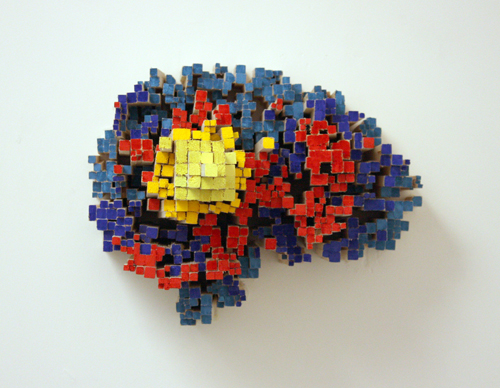 Richard Bright: To begin with, can you say something about your background in neuroscience and art?

Julia Buntaine: Art has always been an important part of my life – I was the kind of kid who took my doodles very seriously. While I wasn’t always sure I wanted to be an artist, it is something I’ve always done in my downtime, in the wee hours of the night, as a sort of compulsion and mode of self-expression. I ended up going to an arts high school and was trained across the mediums of printmaking, photography, drawing, painting, and sculpture. I was very lucky to attend a high school where art class was considered as important as chemistry class. It very much formed my foundation as an artist.

When I went to college, though, I knew I wanted to expand myself academically – I knew there was more for me to be interested in than just art. I attended Hampshire College, where you design your own curriculum. My first semester, along side a few random classes and a sculpture course, I decided to take Introduction to Neuroscience, and something clicked. I had long been interested in mental illness, and the problems with how we define normal vs. abnormal behaviour and moods. But neuroscience opened my eyes to a way to investigate these topics in a concrete, objective way, and that appealed to me like nothing else has previously. To think of the mental – of the self – in terms of biology, was what I had been looking for.

My college career was spent double majoring in neuroscience and sculpture. Unable to choose between the two disciplines for my thesis, I realized that I could combine them in my own way, and that is when I began creating neuroscience-based art. While neuroscience is what I love to think about, art is what I love to do. I went on to get my MFA of Fine Arts from the School of Visual Arts, and with many ties in the scientific community it is relatively easy to keep up with the most recent findings in neuroscience. 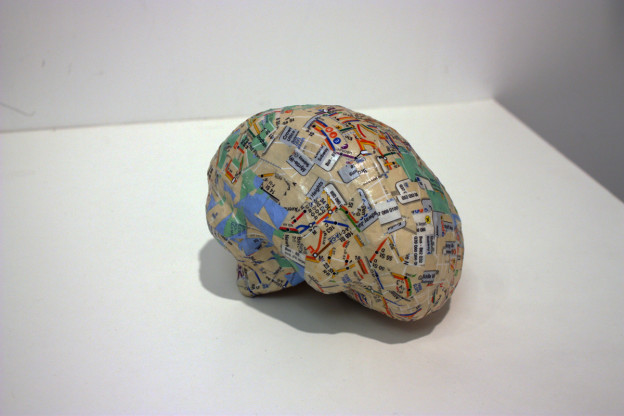 RB: What is your aim as a science-based artist? Is collaborating directly with scientists important to your work?

JB: As an artist the ultimate goal of my work is to provide my viewer with an alternative way to understand the wonders of biology we have discovered in ourselves. The problem with science is a problem of communication – it is not always accessible, and many lay people feel that they’re not able to enjoy it, and get turned off of science early on. With visual art, which has always been for the public, people can understand science through color, form, texture, and metaphor – they can understand science in a more bodily and conceptual manner. Being such a huge fan of neuroscience, I can only hope that people walk away from my work feeling they know a little more about, and appreciate more, the beautiful complexity of their own brains.

While I think that collaboration is essential for many artists interested in science, because of my background in science and the type of conceptual work that I make (at least right now), it doesn’t require direct collaboration.

JB: I would say that my art is only scientific in concept. While the science is certainly in there, each work goes beyond illustration through the use of visual metaphor, scale shifts, material meanings, and form relationships. My work has, on occasion, negatively provoked those in the art world, which I always found to be a strange reaction. Those were the times when the didactic quality of my work was not appreciated. 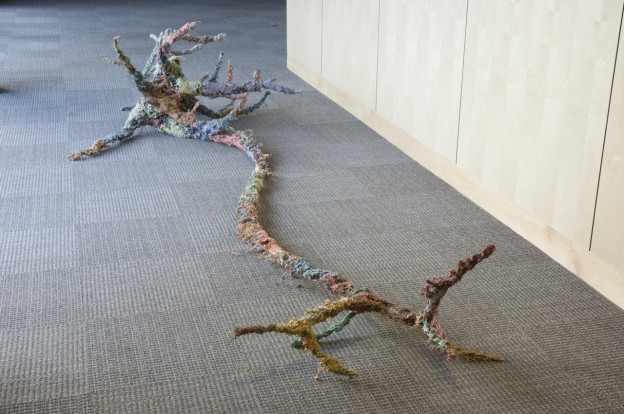 RB: And, an extension to the previous question: In making your work, what takes priority, the art object or the scientific information?

JB: In my work I strive the find that perfect balance, the perfect marriage, of the art and the science. Each piece poses that challenge in a new way, and what I have learned is that not all of my ideas are suited for the medium of the visual arts. It is of the utmost importance to me that the science in my work is impeccable, which is why in each work I begin with the science (be it a biological form, data point, brain scan, etc.), rather than trying to work it in later on in the piece’s process. After starting with the science, I depart in to the world of aesthetics, maintaining while manipulating, and elevating, the core idea of the work. Most of my work is very conceptual, and it is my aim to convey what I consider beautiful concepts in an equally beautiful artistic manner.

RB: Can you describe your work in progress ‘Binding Problems’?

JB: The brain is in many ways a perception-processing machine. Each moment we take in countless points of auditory, visual, and other sensory input. If we just take the example of visual processing, it is obvious that all input is received through our eyes. Once this information reaches the back of the brain where the visual cortex is, however, it is broken up, and different kinds of visual information gets processed in different areas. Moving stimulus is processed in different cell groups than red stimulus, and in a different place than the shape of the stimulus, etc. If you picture the scene of a woman wearing a red shirt standing in front of the blue sky, it is amazing, given how we process this information, that we never mistake the woman’s shirt as blue, and the sky red. This is especially fun to think about as someone concerned with the visual. 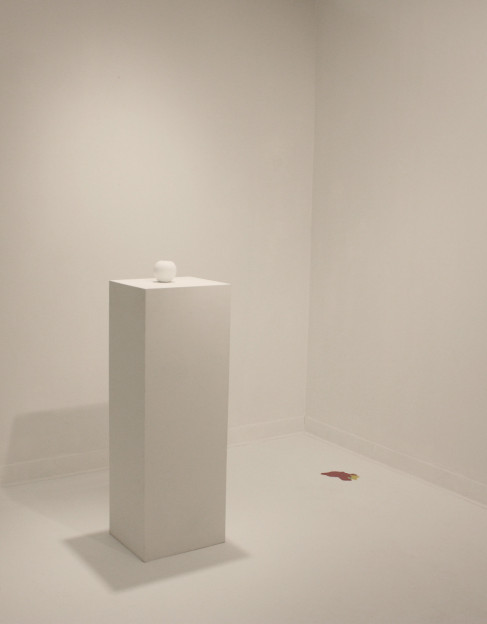 The piece is called Binding Problems, named after the very same biological phenomenon. It is only a ‘problem’ in that we have no idea how the brain weaves together such a swath of disparate information seamlessly, seemingly effortlessly. The piece itself (the first of many parts I have planned) is an example of how the world might be if this processing went awry. The apple in the piece has lost its color and is white, where the color has ended up in a sort of blob over to the right on the floor. I picture doing an installation of many objects whose color is elsewhere in the room.

RB: Exploring perception is important aspect in many of your works. It has long been know that perception can occur without consciousness. As an artist, is this an area you are interested in?

JB: While I have never made a work about the specific phenomenon of perceptual blindness, I would love to in the future, as it is a fascinating subject matter!

RB: The neurosciences are profoundly changing our conception of ourselves, how do you see this progressing?

Julia Buntaine Hoel is a conceptual artist, director of SciArt Center, and editor in chief of SciArt Magazine. Julia attained her double BA in neuroscience and sculpture from Hampshire College, her post-baccalaureate certificate in Studio Art from Maryland Institute College of Art, and her MFA of Fine Arts from the School of Visual Arts. She has exhibited nationally and internationally including shows in New York City, Amherst, Baltimore, Seattle, Madison, Princeton, London, Toronto, Knokke, Sofia, and others. Her work can be found in the permanent collection of New York University and Johns Hopkins University, and has been featured in The New York Times and Forbes, among other publications. She also teaches, consults, curates, and frequently writes about art, and is currently the Innovator-in-Residence at Rutgers University. Julia is based in Cambridge, MA. View all posts with Julia Buntaine Hoel →