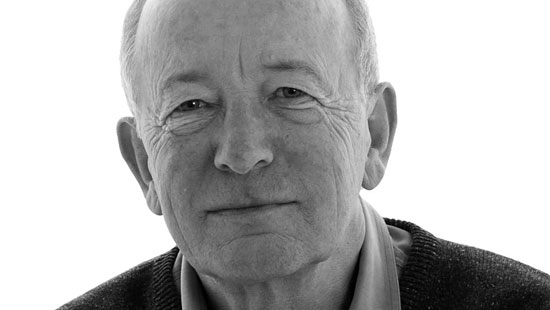 There is a sense in the air that, after decades of going nowhere, the science of consciousness is on a roll. New ideas about the “global neuronal workspace”, and “integrated information in the brain” are offering possible explanations for how the brain, when conscious, is able to bring together the products of perception, memory, emotion, etc. to yield intelligent decisions.

But there’s a problem. We are getting a theory of consciousness that leaves out the essence of consciousness. Nothing in the new thinking even begins to explain the seemingly magical qualitative dimension of conscious experience: the qualia of sensation, “what it is like” to see red or feel pain.

True, several leading scientists – Dehaene and Koch in particular – have expressed the hope that, once we have an explanation of the quantitative side of consciousness, an explanation of the quality will somehow come along for free. They are encouraged by no-nonsense philosophers such as Dennett and Churchland who argue that it’s a mistake to think of qualia as being in any way magical. Rather, the qualia amount to no more than a complex set of behavioural dispositions. It follows that, if and when we understand the brain more thoroughly, we should be able to reduce qualia to the physics and chemistry of nerve cells (or at any rate to functional brain states).

There are, however, powerful voices raised against the possibility of any such reduction. Mysterian philosophers such as Chalmers and Nagel argue that there will always be an “explanatory gap”. Why? Because, they claim, it is self-evident that qualia have properties that lie outside of – and even fly in the face of – physical reality: because, in short, given physics as we know it, qualia ought not to exist.

The good news, for those who those still attached to mystery, is that this scientific explanation promises to be less straightforward – and more romantic – than the reductionists have generally imagined. As I see it, something of a paradigm shift is needed. We must give up on that convenient – and increasingly conventional – idea that the special quality of consciousness comes as a free gift. Instead, we must recognise that this quality – that which gives the added oomph to conscious experience – is indeed a special creation. It’s a staged illusion, a piece of theatre, if you like. And it’s part of the evolutionary design.

Then, the scientific task becomes to explain how such a remarkable theatrical illusion has been put in place. What can be the structural mechanism in the brain? And what can be the biological purpose of it?

First, what about the mechanism? Here I think we already have suggestive answers. Consideration of the peculiar phenomenology of sensation (especially the homologies between sensation and bodily action) points to the conclusion that sensation has always involved theatre of a sort: the staging of an action by the brain, which is then observed by an inner observer.

The basic mechanism, established far back in history, would seem to be as follows. Sense organs at the body surface, when stimulated, send information to the brain. Motor areas of the brain respond reflexly with an evaluative response, directed back to the site of stimulation. The putative subject of experience – in fact another brain module – reads the motor command signals so as to form a mental representation of “what the stimulation is about”.

In the beginning the evaluative responses were overt bodily actions (“wriggles of acceptance or rejection”). However, in the course of evolution, these responses became internalised, or “privatised”, so that the command signals, rather than targeting the actual body surface, began to target the body- map where the sense organs project to the brain. The fortuitous result was that a feedback loop was created between motor and sensory regions of the brain, with the capacity to sustain recursive activity. And, as it turned out, this recursive activity was game-changing. Crucially, it created a design space for natural selection to experiment with new ways in which sensationswould appear to the subject. In particular, it opened up the possibility of generating mathematically complex attractor states, with significant potential for inviting “unreal” interpretations.

I put forward this account more than twenty years ago. My arguments were almost entirely theoretical, and I acknowledge that details of the story still lack empirical confirmation. But it looks as if one prediction at least has come up trumps. There is tantalising evidence from experimental neuroscience that conscious experience in humans does indeed involve the monitoring of activity in a loop running between primary sensory cortex and frontal motor cortex.

So, second, what about the biological purpose of it all? There’s no doubt that sensations have a range of “ordinary” functions related to perception and cognition, for which their phenomenal qualities are largely irrelevant. But our question now is about the purpose of the additional dressing-up. Why go to the trouble of evolving the fancy recursive circuits that seem to lift sensations to another plane?

Here too, I think there are answers waiting in the wings. Consideration of what I’ve called “the natural history of consciousness” strongly suggests that the value of being the subject of phenomenally conscious states lies not so much in enhanced cognition, but rather in the positive effect it has on the subject’s “psychological profile”– self-worth, joy in life, fear of death, attitudes to other conscious beings (yes, behavioural dispositions all of them, but not quite those that Dennett and others had in mind!).

In so far as nonhuman animals have similar experiences, these payoffs will exist for them as well as human beings. However it’s abundantly clear that with humans things did not and do not stop there. For the fact is humans everywhere have parlayed the conscious self into the culturally enriched idea of the soul. Humans, as I’ve put it, have evolved to live in the “soul niche”. And I mean “niche,” now, in the conventional ecological use of the term – an environment to which a species has become adapted and where it is designed to flourish. Trout live in rivers, gorillas in forests, bedbugs in beds. Humans live in soul land.

Arguably – no, actually unarguably! – this late flowering of Chalmers’s “central mystery”   has been the key biological adaptation in the making of our species.

Publications by Nicholas Humphrey can be found at www.interaliamag.org/library/

Nicholas Humphrey is a theoretical psychologist, based in Cambridge, who is known for his work on the evolution of human intelligence and consciousness. His interests are wide ranging. He studied mountain gorillas with Dian Fossey in Rwanda, he was the first to demonstrate the existence of “blindsight” after brain damage in monkeys, he proposed the celebrated theory of the "social function of intellect", and he is the only scientist ever to edit the literary journal Granta. His books include Consciousness Regained, The Inner Eye, A History of the Mind, Leaps of Faith, The Mind Made Flesh, Seeing Red and most recently Soul Dust. He has been the recipient of several honours, including the Martin Luther King Memorial Prize, the British Psychological Society’s book award, the Pufendorf Medal and the International Mind and Brain Prize . He has been Lecturer in Psychology at Oxford, Assistant Director of the Subdepartment of Animal Behaviour at Cambridge, Senior Research Fellow in Parapsychology at Cambridge, Professor of Psychology at the New School for Social Research, New York, and School Professor at the London School of Economics. View all posts with Nicholas Humphrey →