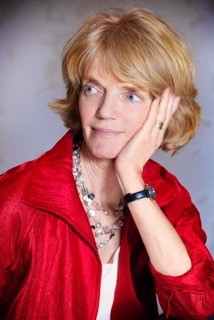 Richard Bright: Can we begin by talking about your background and what made you take up philosophy, and in particular your interest in neuroscience?

Patricia Churchland: I was fundamentally interested in the nature of the mind, and how we work: that is,  how we see, how we reason, make decisions, and so forth. I figured, when I was an undergraduate, that philosophy was likely to be a rewarding and provocative way to approach the nature of the mind. Unfortunately, in the second half of the twentieth century, philosophy was actually more interested in analysing concepts (talking about words, you might say) than in understanding the nature of things. So, by the time I’d really gone through my education in philosophy, I came to realize that if I wanted to understand the nature of, for example, decision making, that  I needed to understand as much as was known in psychology and also within neuroscience. It was that belated realisation, namely that neuroscience was crucial in coming to understand the nature of the mind, that prompted me to go to the University of Manitoba medical school and learn everything I could about the brain.

RB: So how, in the light of recent discoveries and ongoing discoveries, does the concept of consciousness need revising?

PC: One of the things we know from the history of science is that the concepts employed in the early stages of any science, whether it’s a science about fire, the elements, or the nature motion, the concepts are always rough and ready; they’re what we use everyday to get around. Consequently,  as the science proceeds it’s not unusual for concepts to change as the data change. Concepts get modified and refined to reflect new knowledge.  It is not unreasonable to expect that this will be true also of the concept of consciousness. It is a rough and ready, imprecise concept, but one which can be modified as knowledge advances. We need to bear in mind that there have always been significant cultural differences regarding what we understand by ‘consciousness’. Visual awareness is prototypical, but what about vestibular or kinaesthetic awareness? Or awareness of the unfamiliar or awareness of confidence in a judgment?  “Consciousness” is a concept that is not precise in the way that “protein” or “cranial nerve”” is quite precise. But, that’s fine, that’s just normal, and for many purposes, the existing concept does the job it is needed to do.  On the other hand, because there is so much to be discovered about how the brain works, and in particular how it produces conscious experience, we should be prepared for factual surprises that provoke conceptual modifications. Old philosophers will resist the changes, calling them “category errors” or some such. But the young will easily and eagerly adapt.

RB: In your view, how does the brain maintain the mind?

Patricia Smith Churchland is a Professor emerita of Philosophy at the University of California, San Diego, and an adjunct Professor at the Salk Institute. Her research focuses on the interface between neuroscience and philosophy. She is author of the groundbreaking book, Neurophilosophy (MIT Press 1986), co-author with T. J. Sejnowski of The Computational Brain (MIT 1992). Her current work focuses on morality and the social brain; Braintrust: What Neuroscience tells us about Morality 2011 Princeton U P). Touching a Nerve, published by Norton in 2013, portrays how to get comfortable with this fact: I am what I am because my brain is as it is. She has been president of the American Philosophical Association and the Society for Philosophy and Psychology, and won a MacArthur Prize in 1991, the Rossi Prize for neuroscience in 2008, and the Prose Prize for science for the book, Braintrust. She was chair of the Philosophy Department at the University of California San Diego from 2000-2007. An extended interview can be found on The Science Network www.tsn.org and on Philosophy Bites. http://www.philosophybites.libsyn.com View all posts with Patricia Churchland →