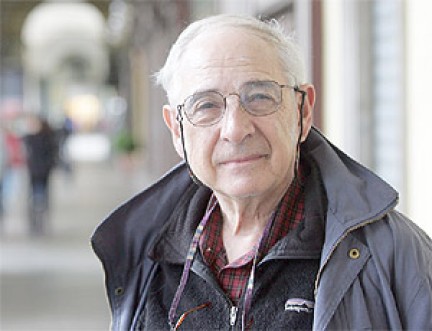 Richard Bright: In the light of recent discoveries in neuroscience, does the concept of consciousness need revising?

RB: You have stated that ‘Consciousness is a biological phenomenon like any other’. Can you summarise what you mean by this and how the brain maintains consciousness?

RB: Is there a ‘Hard Problem’?

JS: The expression ‘hard problem’ was originally, as far as I know, used by Galen Strawson, but it is often mistakenly attributed to Dave Chalmers. The hard problem is to figure out how exactly the brain causes consciousness, and that is indeed a hard problem. So far, we do not know the answer to it.

JS: The Bad Argument is in supposing that because there is something in common between a veridical experience and the corresponding hallucination, then what is perceived in the two cases must be exactly the same. If you have a hallucination of the tree in front of you, and you see the tree in front of you, and the two experiences are indistinguishable, then what you see in both cases would be the same. It would be a private experience or a sense datum. That is the Bad Argument, and it has led to literally centuries of bad philosophy about perception.

RB: Are there different levels of perception, and how are they distinct?

JS: Yes, there are different levels. So, for example, in order to see the table in front of me, I have to see colors and shapes, but I do not just see colors and shapes, I see that it is a table. Furthermore, there is an even higher level. I do not just see that it is just any old table, but it is my table which I have had in my office for many decades. So you have a hierarchy where the top level is a matter of the cognitive resources you bring to bear on the perception – I do not just see a car, I see, for example, my car – but the bottom level is fixed by the limitations of your physiology and the perceptual situation. At the bottom level, the basic perceptual features are those you can see without seeing anything else by means of which you see them.

RB: How would you summarise the Disjunctivist view?

JS: Disjunctivism comes in very many different forms, and they are not always consistent.  Disjunctivists, being philosophers, do not always agree with each other. The important common feature though is the idea that there is nothing importantly in common between the veridical perception and the corresponding hallucination, and so perception is necessarily disjunctive in that there is a disjunct between the veridical perception and the hallucination. I believe that in the form I have just stated it, which is the most common form of defending Disjunctivism, Disjunctivism is the Bad Argument in a nutshell, but the Disjunctivist turns the Bad Argument upside down. In the original version, they say because the experience is the same in the veridical and the hallucinatory case, we see the same thing in both cases. The Disjunctivist thinks if the experience were the same, we would be seeing the same thing. So, the Disjunctivist says, the experiences cannot be the same, because we are not seeing the same thing. Both views are mistaken in that they both accept the same false premise: sameness of experiential content implies sameness of experiential object. This is a massive confusion which has been a disaster for the history of philosophy.

RB: What is ‘naïve realism’, or direct realism?

RB: What are currently the most important open questions, problems, or challenges confronting the understanding of consciousness, and what are the prospects for progress?

JS: The single most important question is the one I mentioned earlier, namely, how exactly do brain processes cause consciousness? Also, how does consciousness function? How is it realized in the brain? And what are its causal relations? We are making a lot of progress with that, but we still do not know the answers.

RB: William James proposed that the mind should be studied not only by way of behaviour and brain functions, but should include introspection. Scientists have taken up the first two very keenly, but have been reluctant to take up the method of introspection. Recently, the practice of what is called ‘contemplative science’ has been called for, a coming together of ‘contemplative’ and ‘scientific’ methods of inquiry.  How might science and contemplative practice collaborate in the study of consciousness and what, if any, do you see as the benefits of such a collaboration?

JS: The secret of science and philosophy, and indeed intellectual life in general, is to use any weapon you can lay your hands on that works. Introspection is one way of trying to find out about consciousness, and if it is useful, let’s continue to use it. It underwent a period of being discredited because it looks like you could not get epistemically-objective results from introspection, but if carefully done with appropriate constraints, I think you can get epistemically-objective results from the ontologically-subjective experiences accessed by introspection. The word ‘introspection’ is inevitably a source of confusion because it implies that we ‘spect’ ‘intro’. That is, that we examine our own conscious states by a kind of inner perception, but that is totally wrong. Perception requires a distinction between the act of perceiving and the object perceived. But in so-called ‘introspection’, they are identical. For example, the act of introspecting the pain I am experiencing is just one of focusing my attention on the pain.

RB: What are you currently working on?

JS: I am currently working on a number of books. The most immediate is a book on the philosophy of language.

John R Searles’ publications can be found at www.interaliamag.org/library/

John R Searle is the Willis S. and Marion Slusser Professor Emeritus of the Philosophy of Mind and Language at the University of California, Berkeley. He received the Jean Nicod Prize in 2000; the National Humanities Medal in 2004; and the Mind & Brain Prize in 2006. Among his notable concepts is the "Chinese room" argument against "strong" artificial intelligence. His work ranges broadly over philosophical problems of mind and language. Recent books include The Mystery of Consciousness (1997), Mind, Language and Society: Philosophy in the Real World (1998), Rationality in Action (2001), Mind (2004), Liberté et Neurobiologie (2004), and Making the Social World: The Structure of Human Civilization (2010). He teaches philosophy of mind, philosophy of language, and philosophy of social science; recent seminars topics include consciousness, free will, and rationality. View all posts with John R Searle →