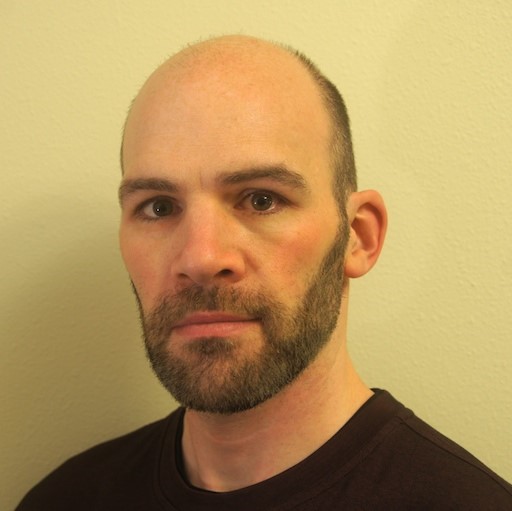 Richard Bright: Can we begin by talking about your background? What made you take up computer science and, in particular, your interest in mind uploading?

Keith Wiley: I’ve been programming computers since I was seven years old.  The field I initially fell in love with was artificial life, i.e., evolutionary algorithms, emergence simulations (flocking), genetic algorithms, simulated ecosystems, simulations of evolutionary phenomena, cellular automata, etc.  I started graduate school in C.S. intending to following a-life and then pivoted multiple times and eventually landed on a thesis that mostly focused on surface topology and user-interfaces (primarily affordances).  I discovered mind-uploading in 1997 (toward the end of my Bachelor’s) when I found the book ‘Beyond Humanity: Cyberevolution and Future Minds’.  With the idea cemented in my awareness, I then followed it, somewhat tangentially, for the next seventeen years. Ultimately, in 2014, I wrote and published a book on the topic and I am currently pursuing some other projects in the same area.

RB: Can you give an overview of your book, A Taxonomy and Metaphysics of Mind-Uploading? What are its aims?

KW: This book has two aims, which are presented in its first two sections.

The first is to offer a thorough collection (a taxonomy) of thought experiments and hypothetical scenarios that have arisen over the years during philosophical consideration of mind-uploading.  Many new-comers to the field derive the simpler scenarios on their own and then offer them up in debates.  While I think this curiosity is fantastic, such debates remain locked at an initial level of discussion; the same ideas are presented over and over again, and the same counter-arguments are offered over and over again.  It takes time to repeatedly cover the prototypical discussion, and consequently few debates have the opportunity to advance to new ground.  My goal with the taxonomy is to make those common initial scenarios more accessible so that people with similar interests can enter the discussion from a more informed position. Furthermore, the deeper and more nuanced variants within the taxonomy present serious challenges to popular early positions and conclusions.  By becoming aware of these subtler counter-arguments, readers should be able to avoid falling into seemingly straightforward yet fundamentally problematic or paradoxical conclusions.  Besides, the subtle variants within the taxonomy are positively fascinating.  It’s simply a lot of fun to discover all these thought experiments gathered in a single resource.

The second section of the book presents my personal theory of what minds truly are, how they relate to brains, and what sorts of transformations should be possible on minds.  The conclusion of the second section is the climax of the book, in which I argue for what I call the “primacy of the claim to the identity of the original mind”.  I argue that all minds resulting from a mind-uploading procedure should receive equal “primacy” in this regard.  Namely, I argue that even in nondestructive scenarios from the taxonomy (those in which the biological original person and brain survive) the mind associated with that brain should not enjoy greater primacy in its claim to the original identity than any uploaded minds that resulted from the same procedure.  Rather, all minds following the procedure should be regarded as equal descendants of a common ancestral mind.  This is not a popular position in such debates, which is precisely why I argue for it so thoroughly in the book.  I see this issue as a form of prejudice in fact, one I am striving to alleviate.

RB: Historically, conceptions of the brain have included various mechanical devices, telephone and telegraph metaphors and, currently, the model of the computer. Does the brain ‘behave’ like a computer, or is it a computer?

Keith Wiley has a Ph.D. in Computer Science from the University of New Mexico and was one of the original members of MURG, the Mind Uploading Research Group, an online community dating to the mid-90s that discussed issues of consciousness with an aim toward mind-uploading. He has written multiple book chapters, peer-reviewed journal articles, and magazine articles, in addition to several essays on a broad array of topics, available on his website. Keith is also an avid rock-climber and a prolific classical piano composer. View all posts with Keith Wiley →