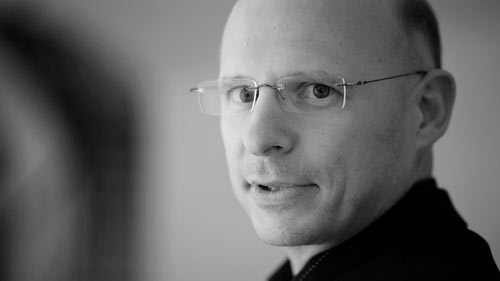 In the past twenty years, the fields of cognitive science, neurophysiology, and brain imaging have mounted a solid empirical attack on consciousness. As a result, the problem has lost its speculative status and become an issue of experimental ingenuity.

In this book, I will review in great detail the strategy that has turned a philosophical mystery into a laboratory phenomenon. Three fundamental ingredients have made this transformation possible: the articulation of a better definition of consciousness; the discovery that consciousness can be experimentally manipulated; and a new respect for subjective phenomena.

The word consciousness, as we use it in everyday speech, is loaded with fuzzy meanings, covering a broad range of complex phenomena. Our first task, then, will be to bring order to this confused state of affairs. We will have to narrow our subject matter to a definite point that can be subjected to precise experiments.  As we will see, the contemporary science of consciousness distinguishes a minimum of three concepts: vigilance—the state of wakefulness, which varies when we fall asleep or wake up; attention—the focusing of our mental resources onto a specific piece of information; and conscious access—the fact that some of the attended information eventually enters our awareness and becomes re- portable to others.

What counts as genuine consciousness, I will argue, is conscious access—the simple fact that usually, whenever we are awake, whatever we decide to focus on may become conscious. Neither vigilance nor attention alone is sufficient. When we are fully awake and attentive, some- times we can see an object and describe our perception to others, but sometimes we cannot—perhaps the object was too faint, or it was flashed too briefly to be visible. In the first case, we are said to enjoy conscious access, and in the second we are not (and yet as we shall see, our brain may be processing the information unconsciously).

In the new science of consciousness, conscious access is a well-defined phenomenon, distinct from vigilance and attention.  Furthermore, it can be easily studied in the laboratory.  We now know of dozens of ways in which a stimulus can cross the border between unperceived and perceived, between invisible and visible, allowing us to probe what this crossing changes in the brain.

Conscious access is also the gateway to more complex forms of conscious experience. In everyday language, we often conflate our consciousness with our sense of self—how the brain creates a point of view, an “I” that looks at its surroundings from a specific vantage point. Consciousness can also be recursive: our “I” can look down at itself, comment on its own performance, and even know when it does not know something. The good news is that even these higher-order meanings of consciousness are no longer inaccessible to experimentation.  In our laboratories, we have learned to quantify what the “I” feels and reports, both about the external environment and about itself. We can even manipulate the sense of self, so that people may have an out-of-body experience while they lie inside a magnetic resonance imager.

Some philosophers still think that none of the above ideas will suffice to solve the problem. The heart of the problem, they believe, lies in an- other sense of consciousness, which they call “phenomenal awareness”: the intuitive feeling, present  in all of us, that  our internal  experiences possess exclusive qualities, unique qualia such as the exquisite sharpness of tooth  pain or the inimitable  greenness  of a fresh leaf. These inner qualities, they argue, can never be reduced to a scientific neuronal description; by nature, they are personal and subjective, and thus they defy any exhaustive verbal communication to others. But I disagree, and I will argue that the notion of a phenomenal consciousness that is distinct from conscious access is highly misleading and leads down a slippery slope to dualism. We should start simple and first study conscious access. Once we clarify how any piece of sensory information can gain access to our mind and become reportable, then the insurmountable problem of our ineffable experiences will disappear.

To See or Not to See

Conscious access is deceptively trivial: we lay our eyes on an object, and seemingly immediately, we become aware of its shape, color, and identity. Behind our perceptual awareness, however, lies an intricate avalanche of brain activity that involves billions of visual neurons and that may take nearly half a second to complete before consciousness kicks in. How can we analyze this long processing chain? How can we tell which part corresponds to purely unconscious and automatic operations, and which part leads to our conscious sense of seeing?

This is where the second ingredient of the modern science of consciousness kicks in: we now have a strong experimental handle on the mechanisms of conscious perception. In the past twenty years, cognitive scientists have discovered an amazing variety of ways to manipulate consciousness.  Even a minuscule change in experimental design can cause us to see or not to see. We can flash a word so briefly that viewers will fail to notice it. We can create a carefully cluttered visual scene, in which one item remains wholly invisible to a participant because the other items always win out in the inner competition for conscious perception.  We can also distract your attention:  as any magician knows, even an obvious gesture can become utterly invisible if the watcher’s mind is drawn to another train of thought.  And we can even let your brain do the magic: when two distinct images are presented to your two eyes, the brain will spontaneously oscillate and let you see one picture, then the other, but never both at the same time.

The perceived image, the one that makes it into awareness, and the losing image, which vanishes into unconscious   oblivion, may differ minimally on the input side. But within the brain, this difference must be amplified, because ultimately you can speak about one but not about the other. Figuring out exactly where and when this amplification occurs is the object of the new science of consciousness.

The experimental strategy of creating a minimal contrast between conscious and unconscious perception was the key idea that cracked wide open the doors to the supposedly inaccessible sanctuary of consciousness. Over the years, we discovered many well-matched experimental contrasts in which one condition led to conscious perception while the other did not. The daunting problem of consciousness was reduced to the experimental issue of deciphering the brain mechanisms that distinguish two sets of trials—a much more tractable problem.

Turning Subjectivity into a Science

This research strategy was simple enough, yet it relied on a controversial step, one that I personally view as the third key ingredient to the new science of consciousness: taking subjective reports seriously. It was not enough to present people with two types of visual stimuli; as experimenters, we had to carefully record what they thought of them. The participant’s introspection was crucial: it defined the very phenomenon that we aimed to study. If the experimenter could see an image but the subject denied seeing it, then it was the latter response that counted—the image had to be scored as invisible. Thus, psychologists were forced to find new ways of monitoring subjective introspection, as accurately as possible.

This emphasis on the subjective has been a revolution for psychology. At the beginning of the twentieth century, behaviorists such as John Broadus Watson (1878–1958) had forcefully ousted introspection from the science of psychology:

Psychology as the behaviorist views it is a purely objective experimental branch of natural science. Its theoretical goal is the prediction and control of behaviour. Introspection forms no essential part of its methods, nor is the scientific value of its data dependent upon the readiness with which they lend themselves to interpretation in terms of consciousness.

Although behaviorism itself was also eventually rejected, it left a lasting mark: throughout the twentieth century, any recourse to introspection remained highly suspicious in psychology. However, I will argue that this dogmatic position is dead wrong. It conflates two distinct issues: introspection as a research method, and introspection as raw data. As a research method, introspection cannot be trusted. Obviously, we can- not count on naïve human subjects to tell us how their mind works; otherwise our science would be too easy. And we should not take their subjective experiences too literally, as when they claim to have had an out-of-body experience and flown to the ceiling, or to have met their dead grandmother in a dream. But in a sense, even such bizarre introspections must be trusted: unless the subject is lying, they correspond to genuine mental events that beg for an explanation.

The correct perspective is to think of subjective reports as raw data. A person who claims to have had an out-of-body experience genuinely feels dragged to the ceiling, and we will have no science of consciousness unless we seriously address why such feelings occur. In fact, the new science of consciousness makes an enormous use of purely subjective phenomena, such as visual illusions, misperceived pictures, psychiatric delusions, and other figments of the imagination. Only these events al- low us to distinguish objective physical stimulation from subjective perception, and therefore to search for brain correlates of the latter rather than the former. As consciousness scientists, we are never as pleased as when we discover a new visual display that can be subjectively either seen or missed, or a sound that is sometimes reported as audible and sometimes as inaudible. As long as we carefully record, on every trial, what our participants feel, we are in business, because then we can sort the trials into conscious and unconscious ones and search for brain activity patterns that separate them. 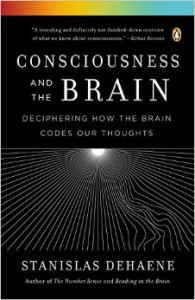 Further publication by Stanislas Dehaene can be found at www.interaliamag.org/library/

Stanislas Dehaene is Professor of Experimental Cognitive Psychology at the Collège de France in Paris. His interests concern the cerebral bases of specifically human cognitive functions such as language, calculation, and reasoning. He is the author of over 100 scientific publications in major international journals. He has received several international prizes including the McDonnell Centennial Fellowship and the Louis D. prize of the French Academy of Sciences (with D. Lebihan). He has published an acclaimed book (The Number Sense), which has been translated in eight languages. He has also edited three books on brain imaging, consciousness, and brain evolution, and has authored two general-audience films on the human brain. He is the associate editor of Cognition, an international journal of Cognitive Science. View all posts with Stanislas Dehaene →