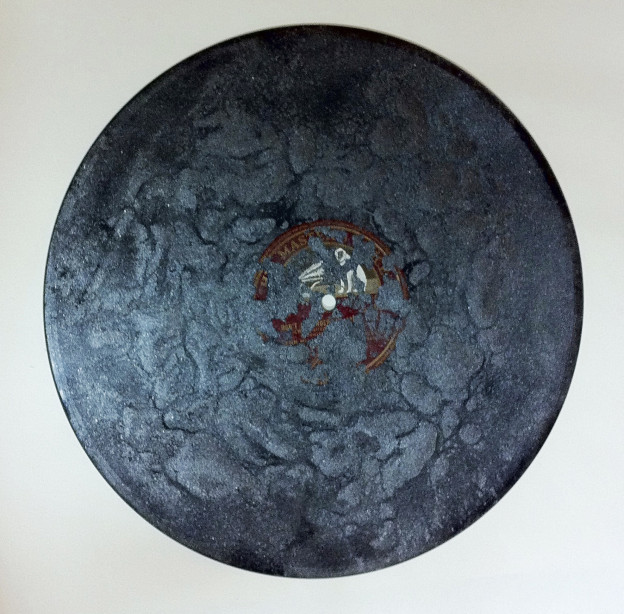 My art practice playfully provokes the fringes of disciplines and genres, the intersections and impacts of visual art, music and everyday life upon one another and the cyclical nature of obsolescence and technological innovation. I explore the potential of things beyond their prescribed uses by poetically transforming their utilitarian and conceptual function.

I produce works on paper, sound works, installations and performances, that draw upon my cultural heritage, an intrinsic fusion of two cultures, British and Japanese. Drawing is central to my practice and I make drawings using a range of media including diamonds, typewriters, gramophones and pianos, as well as graphite and pen. 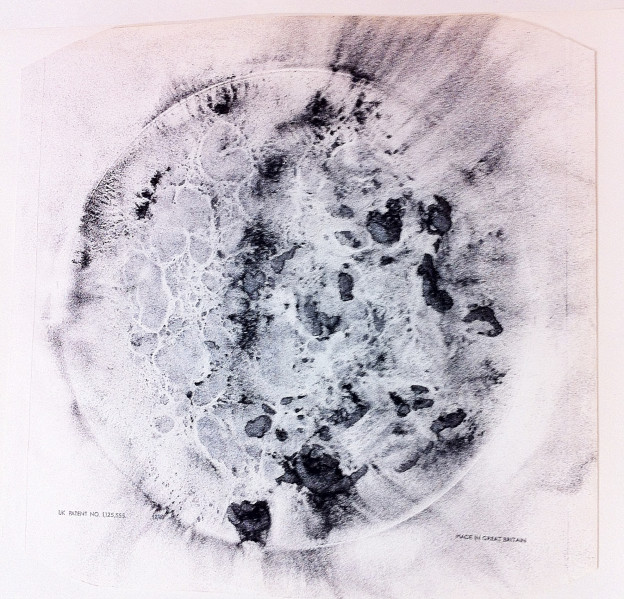 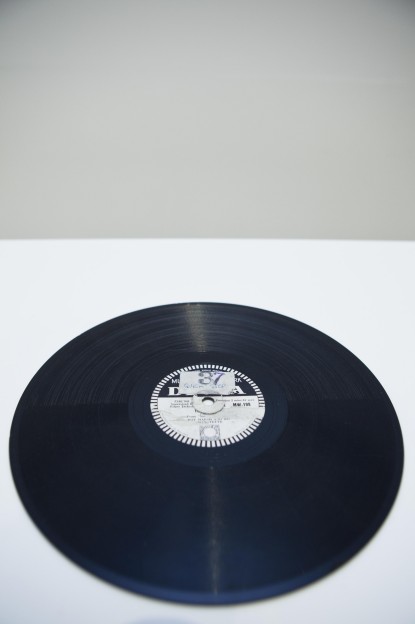 My sound and performance works are also drawing: drawing with and out sound. Gramophonica involves live gramophone glitching, manually maintained looping and mechanical beat making and matching by playing re-appropriated 78rpm records on a wind-up gramophone. This form of gramophone turntablism reinvents the uses of obsolete mechanical musical hardware. I extract unexpected sounds and musical fragments from existing music from 78rpm records using tactile techniques. This includes cutting electrical tape and applying it in radiating strips to records to create additional tactile layers that create percussive discordances and unexpected harmonies as the steel needle staggers or glides across the discreetly undulating strips of electrical tape. I also make my own DIY self-amplifying styluses to capture otherworldly inherent sounds. 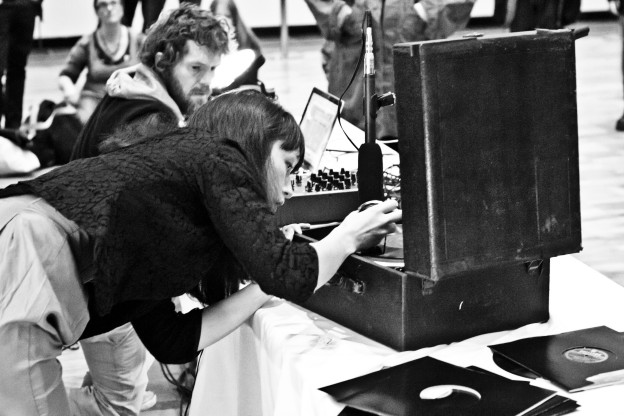 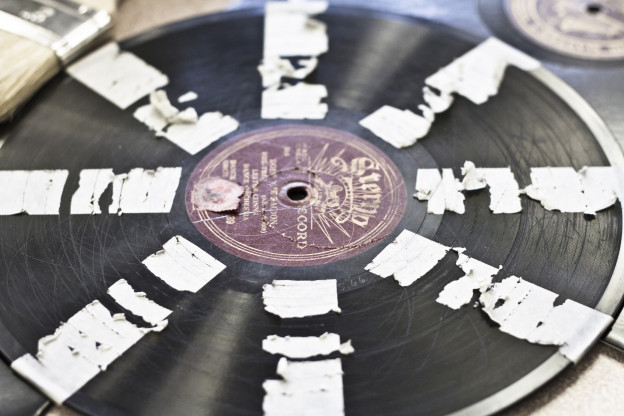 Piano String Drawings and Piano Hammer Drawings are drawings/musical scores and performance remnants. I transform the piano into a drawing instrument. I create the Piano String Drawings by placing manuscript paper over the piano strings and creating gestural marks on the stave with ink. The marks on the manuscript paper appear as a flurry of chaotic pen marks invoking frantic noise at the edge of blank manuscript paper. I create the Piano Hammer Drawings by placing the paper and carbon paper behind the piano hammers and infront of the piano strings. The sounds that are generated echo the process of drawing. The drawings are visual imprints of an absent, transient performance. 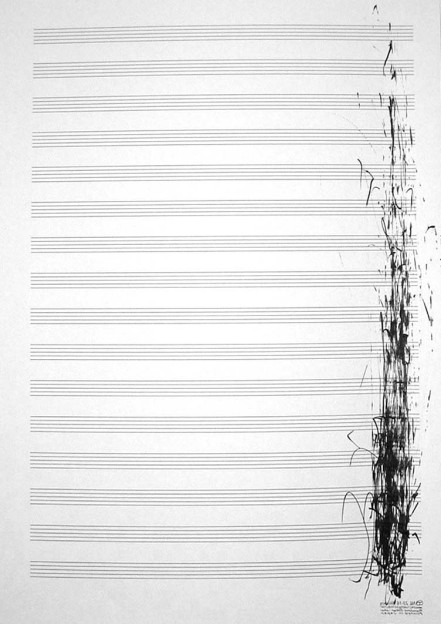 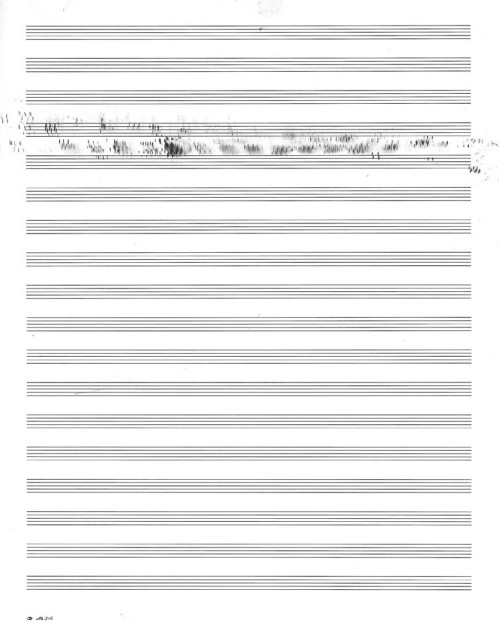 All images copyright and courtesy of Naomi Kashiwagi

Naomi Kashiwagi is an award-winning artist living in Manchester and has shown work across the UK and internationally. In 2016, she was awarded a place on the Clore Emerging Leaders course and received the Clore Independent Artist Bursary. Naomi was long listed for the Dazed and Converse Emerging Artist Award 2015. In 2013 Naomi was shortlisted for the Women in the Arts Award; part of Manchester's International Women's Day Celebrations. She won both Arts Council North West prize, art08 Individual Artist Award and Best of Manchester Award (Art) in 2008. Naomi and was shortlisted for the Nationwide Mercury Prize Art competition in 2005. Notable exhibitions and performances include Inside Out, K11 art village, Wuhan, China (part of the 2015 UK-China Year of Cultural Exchange, Playtime, Cornerhouse, Manchester (2014) - New commissioned works for the exhibition, Swingtime and Puffin Crossing Carousel , performing Gramophonica at Canada’s leading gallery for contemporary art, The Power Plant, Toronto for the Power Ball 2014, Innsbruck International: Festival of the Arts (2013), SOUNDWORKS, ICA, London (2012), Progress Reports: Art in an era of diversity, INIVA, Rivington Place London (2010), The Intertwining Line: Drawing as Subversive Art, Cornerhouse, Manchester (2008), Wind-Up, Barbican, London (2008). Naomi’s work is in the Whitworth’s collection.Her work is published in the book, Drawing Now: Between the Lines of Contemporary Art (2007) View all posts with Naomi Kashiwagi →