“Let us again pretend that life is a solid substance, shaped like a globe, which we turn about in our fingers. Let us pretend that we can make out a plain and logical story…”

I used to imagine drawing a line that could hover in mid-air, that could be altered at any moment. It would respond to its surroundings – airflows, walls, furniture, like something living.

In this initial state it could be turned, refined and rejected, only becoming solid (and real) at a point of potential fabrication. 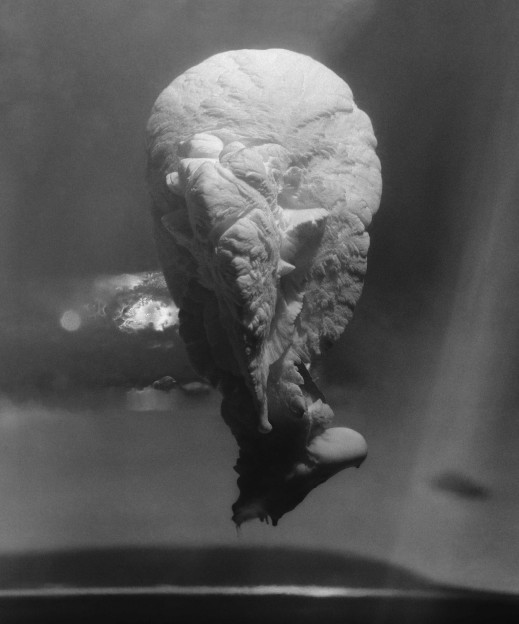 This thought stayed with me. How could I make something that exists but very precariously so, in a state of perpetual instability between liquid and solid.

Drawing on paper, I imagined the form and path an idea might take; what happens in the mind as (and before) pen touches paper. I watched as lines intersected on a plane, willing them to split away and be loose in space. 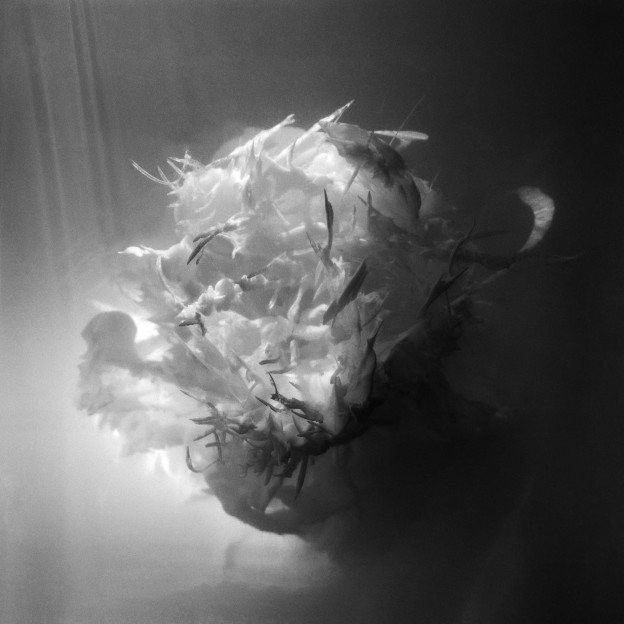 Time has no end of metaphors attached but is often referred to as flowing, something hard to contain. You can tell time by the flow of water; the shutter speed in still photography, or the pace of a video.

If the flow of a liquid can be modified, so can the material interacting with it. Gelatine has the ability to set water, as well as being relatively transparent. It sets into a protein network similar to collagen (present in our skin, bones, connective tissues.)

There is a window in its setting – between liquid chaos and rudimentary order, where the material is solid enough to support a line and fluid enough to close behind a tear.

Drawing into a cube with white ink, using a syringe as a kind of three-dimensional pen, I am aware of all its sides. I focus intently on pressure, flow, distortion, density and consistency of the two materials merging. A transparent and an opaque, a biological lattice and a mineral pigment.

“One’s mind and earth are in a constant state of erosion, mental rivers wear away abstract banks, brain waves undermine cliffs of thought, ideas decompose into stones of unknowing, and conceptual crystallisations break apart into deposits of gritty reason”

Robert Smithson – A Sedimentation of the Mind

Lines can intersect in space in many unexpected ways. They can be lit to cast shadows. Each exterior form, in the shape of a cube, contains a myriad potential image planes. There is an anatomy waiting to be explored. I cut into the stuff, eradicating foreground, background, splitting through the middle, looking from above and below, wanting to see its underlying structure. 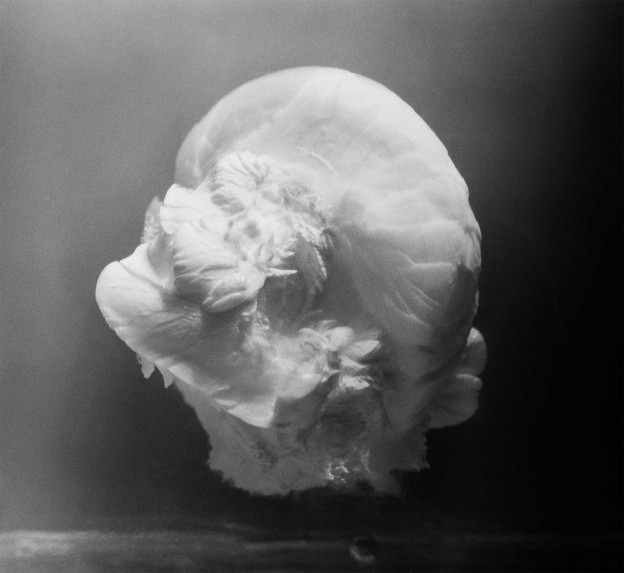 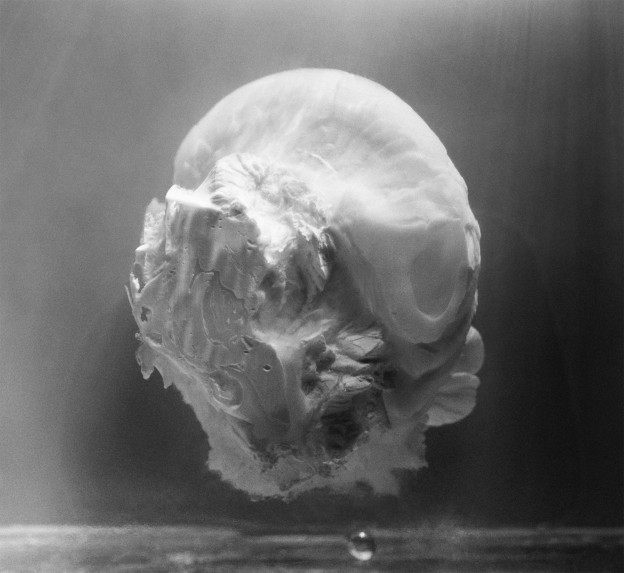 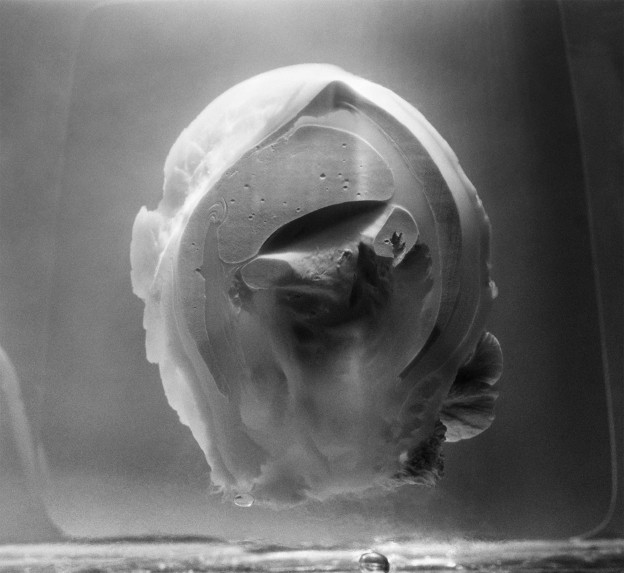 In Singularity, I wanted to capture the movement of this process from beginning to end, showing how a drawing can move through and define its own space and time. It had to appear from one point and disappear again into another.

The lines trace their paths as the form expands, leaving residue, are crossed, cut and interwoven. As the drawing moves in space every part of the surrounding structure is affected to become a loop of its beginning and ending.

All images copyright and courtesy of Solveig Settemsdal

Solveig Settemsdal is a Norwegian multi-disciplinary artist working across mediums including sculpture, video, photography and drawing. Her practice investigates fluidity and the potential and transience of materials, be it sculptural, geological or cognitive. She is interested in how ephemeral objects can reveal processes otherwise hidden, such as how geological time can be compressed into an observable time frame. She recently won the Jerwood Drawing Prize for her video piece Singularity (2016) and is currently studying for an MFA in Sculpture at the Slade School of Fine Art. View all posts with Solveig Settemsdal →