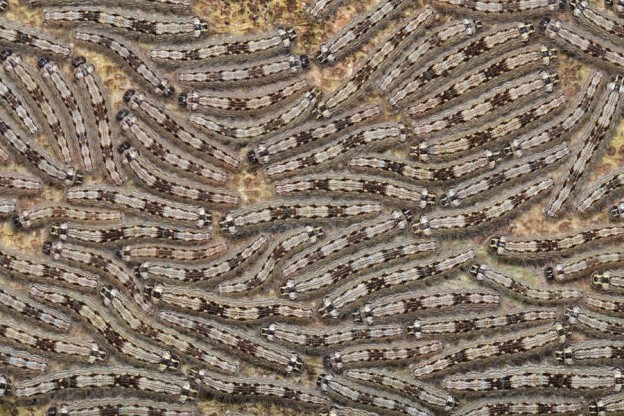 My research has demonstrated, unexpectedly, that mathematics can be used to describe all sorts of phenomena from embryo formation to locust swarming and from sleeping sickness to egg-shell patterning. I am particularly interested in the role that randomness plays in Biology. My research into Mathematical Biology has been covered by a wide range of news agencies.

Like many researchers involved with public engagement of science I engage because I think justifying and sharing my work is an important part of my job. I also have a strong belief that it is important to encourage people from all backgrounds to undertake post-18 study (especially in Mathematics). My writing about the enjoyment and ubiquity of Mathematics has appeared in a wide range of media outlets. I have made appearances on the BBC’s Bang Goes the Theory and even on Watchdog! I have also set real-world-based mathematical puzzles which have appeared in a range of newspapers, on tube adverts, on the radio and on Dara O’Briain’s School of Hard Sums. 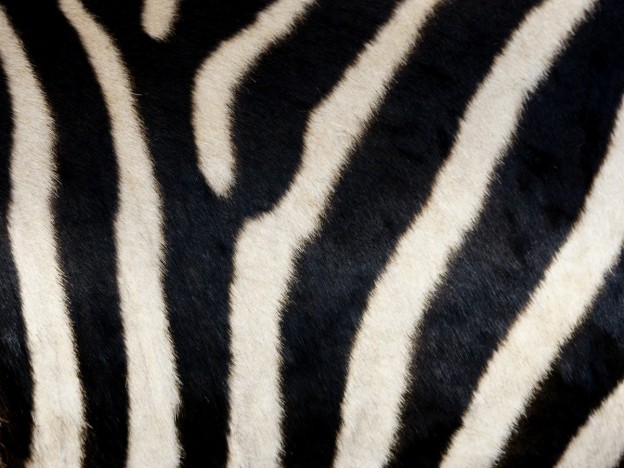 RB: What is Mathematical Biology?

KY: Simplistically, Mathematical Biology is an attempt to take a biological system of interest and to represent it mathematically or computationally using a model. A model, in this sense, is a set of equations or lines of computer code that acts as a simplified representation of the system in which we are interested. The process of building an appropriate model is often a delicate one. On one hand we want to capture as much biological information as possible to make our model representative of reality. On the other hand we want to make our model simple enough that we can interrogate it and use it to make predictions about the system we are modelling. If I were building a model of the heart and I attempted to incorporate the behaviour of every molecule in every cell of the heart my model would be so complicated that I wouldn’t be able to do anything with it; I might as well be using a real heart, for all the use the model would be. To this end we use Occam’s razor which in essence says “make the model as simple as possible and no simpler”.

Once we’ve built our model we can employ it to make predictions about the system we are interested in. After making a prediction we go back to the Biology and check to see if it is correct. Usually we find that it isn’t, but this isn’t bad news for a Mathematical Biologist. In fact, it’s good news – it means we learn something about the biology. We have to put something else into our model to make it work. We continue around this “model-predict-test” cycle until we are happy that our model is an accurate representation of the biology we are trying to understand. That point is usually when the model can make predictions that are subsequently verified experimentally.

The name of the subject area, Mathematical Biology is somewhat of a misnomer, it should probably be called Biological Mathematics as most of its practitioners are actually Mathematicians interested in Biology. Whenever I tell people that this is what I do, they seem surprised that the seemingly pure and abstract subject of Mathematics could have anything to say about the seemingly messy and “real-world” subject of Biology. I think this idea stems from school when there is this seeming dichotomy in the sciences: if you don’t like sums and equations you do Biology and if you’re too squeamish to cut things up then you do Maths.

In reality, Mathematics is becoming one of our most powerful tools to understand Biology. We use it to build personalised computational models of patients’ physiology in order to ensure that the potential effects of drugs can be understood in safety before being administered to the patient. We are working to understand gene regulatory networks and the effects of genetic mutations on Human health. We use Mathematical Biology to inform policy on crucial environmental issues like fishing quotas in order to ensure we can maximise yields whilst conserving some of our most important marine species. And we use it when trying to understand the interplay between deadly viruses, such as Ebola and the Human body, but also when trying to suggest strategies which will control potentially devastating epidemics. Mathematical Biology is an incredibly powerful way to address some of the most pressing questions in Medical, Biological and Ecological science in the 21st century. 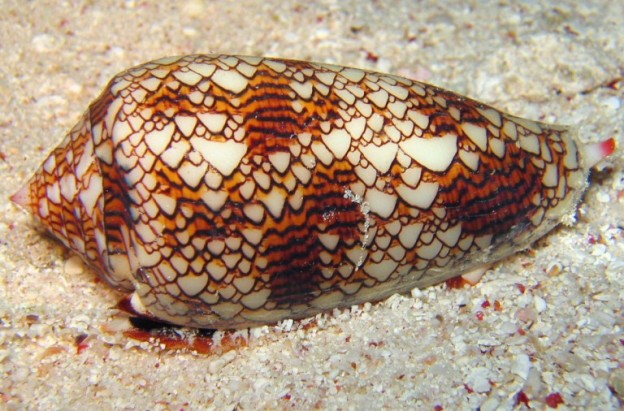 RB: Your research has covered a wide range of biological and mathematical areas, as well as a variety of spatial and temporal scales, modelling the microscale stochastic motion of single molecules at one end to the macroscale migration of swarming insect at the other. What are the similarities and differences in the mathematical modelling of these biological systems?

KY: In the past I’ve worked on areas on spatial scales as diverse as modelling the movement of proteins inside a cell all the way up to modelling a swarm of a billion locusts and at many scales in between. I’ve tried to understand how cells migrate incorrectly and cause disease in early embryos and how trypanosome parasites can evade the host’s immune system to cause sleeping sickness. Of course, the biology in each of these cases is very different, but the mathematics can be surprisingly similar. In particular, the researchers in my group are focussed on systems in which randomness plays an important role. This is the key theme that runs throughout my research. We have found that randomness can have some surprising consequences; in some cases acting to increase the stability of locust swarms instead of destabilising them as might intuitively be expected. These are the sorts of counter-intuitive phenomena that can only be gleaned from a mathematical approach.

RB: In many ways our human brains interpret information through pattern recognition and re-arranging pattern, which is an evolving dynamic process. What importance does pattern play in your work?

KY: A training in Mathematics is much more than learning the language and the technical tools that we require to do our jobs. It is about learning a new way of thinking. We learn to be coldly analytical, not to trusting to intuition, but following arguments though to their logical conclusions. A large part of a mathematical training is learning to recognise and understand patterns. So, patterns are crucial for any mathematician, but it just so happens that for me, the patterns which I work on are those developed by nature, hidden in the heads of sunflowers or the pigment of an egg-shell.

RB: D’Arcy Wentworth Thompson wrote ‘The harmony of the world is made manifest in Form and Number, and the heart and soul and all the poetry of Natural Philosophy are embodied in the concept of mathematical beauty’. Do you agree with him?

KY: D’Arcy Thompson was, in essence, the grandfather of our field. Although not the first person to try to tackle biological problems mathematically, he was probably the first to really believe that the natural world is mathematical in nature. I believe that science is the best way we have to understand the world around us. Since Mathematics is the language of Science I don’t think it is hyperbolic to say (and I think Thompson would agree) that the beauty of our world is written in Mathematics.

KY: I think this is true to an extent. I have been involved with a collaborative project with artist Jean Baynham for the last year as part of the University of Bath’s Expressions of Research project. It has been interesting working with her and trying to understand her methods and the creative process that underlies her work. It has also been useful for me to explain my research to someone who is primarily interested in its visual aspects. Often in scientific literature, visuals are neglected, but the figures in an academic paper are an incredibly important way to communicate our ideas and, as scientists, we should really expend more time and effort on them. Although there are a lot of differences in the ways in which we operate, there are also striking similarities. The constant search for, and interpretation of, pattern is common to what we do, as is the process of the gradual synthesis of ideas. Jean’s artistic process seems to operate on a basis that is not dissimilar to the processes of a mathematician when trying to understand a subject for the first time. 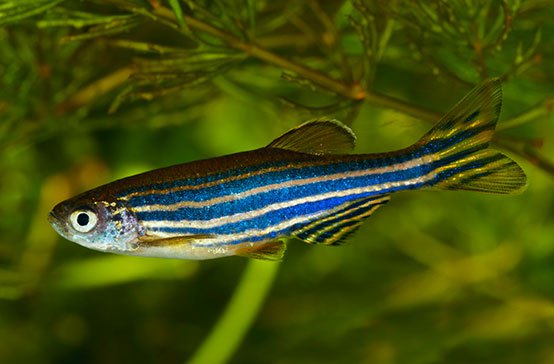 A female specimen of a zebrafish (Danio rerio) breed with fantails

RB: What forthcoming research are you involved in?

KY: I have a number of exciting projects on the Horizon. In particular, I am beginning to work with a Biologist, Professor Robert Kelsh, at the University of Bath. Together we are trying to model and better understand the formation of the striped pigmentation patterns on zebrafish. Classical mathematical models have failed to explain how we can create such patterns, so we are having to rethink both the mathematical frameworks we are using and whether there is something missing from the underlying biology.

My group will also continue with our mathematical modelling work on early embryo formation and locust migration, trying to unlock some more of nature’s closely guarded secrets.

Kit Yates is a Senior Lecturer in the Department of Mathematical Sciences and co-director of the Centre for Mathematical Biology at the University of Bath. He completed his PhD in mathematics at the University of Oxford in 2011. His research demonstrates that mathematics can be used to describe all sorts of real-world phenomena: from embryo formation to locust swarming and from sleeping sickness to egg-shell patterning. He is particularly interested in the role that randomness plays in biology. His work in mathematical biology has been covered by the BBC, the Guardian, the Telegraph, the Daily Mail, RTE, Scientific American and Reuters amongst others. Alongside his academic position, Kit is also an author and science communicator. The Maths of Life and Death is his first book. View all posts with Kit Yates →