This article will not be arguing a point, or answering a question, nor will it approach a material truth in the scientific sense. And whilst there might be evidence and examples, their function is not proof or disproof. The purpose of this article is to articulate, to present a perspective, to grind a lens through which denominations and boundaries shift, revealing forms.

This is a proposition, an invitation to novel perception. It is a way of looking that echoes the perspectives of semiotics and eastern philosophy, but as opposed to exhaustively detailing the premises of their method, philosophy or technical terms, we shall take a path through the perceptions. In order to explore pattern and meaning, and this understanding of them, we must first approach the terms themselves.

When discussed in certain conceptual contexts and philosophical norms, the definition of meaning can be bound by certain underlying assumptions.

It can be considered anthropocentric. That which is meaningful, is that which has had meaning ascribed to it by human consciousness. Meaning is seen as a function of human comprehension.

As well as being anthropocentric, meaning can be considered a property of formal language. Humans consider and comprehend reality through the shared process of our language. We often conflate this process of language with reality itself. Thus the assumption that meaning comes after the fact of material reality, a residue of human interaction. A product of our language.

Let us, for a moment, consider pattern as an innate language of material reality, a common medium through which the patterned rings of snakes warn and threaten, and the movements on the surface of water speak to circling birds of what occurs beneath. In this way reality begins to speak to itself, through rhythm and repetition, through light and density, through form and propensity to change. Considered as signs, the patterns and permutations of nature become a kind of language. And meaning becomes the interface between conscious experience and the structure of the material world. 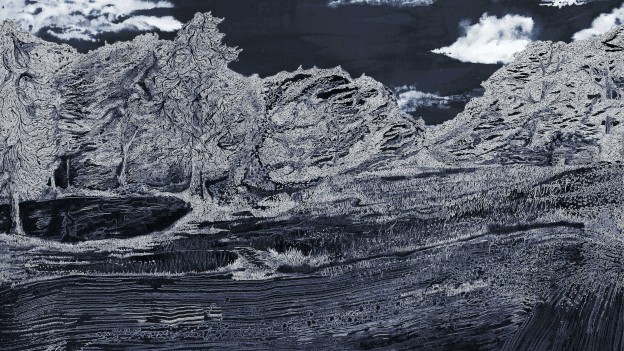 This perspective casts a strange light on the relationship between consciousness, cause and effect.  Causal networks of conscious agency and symbolic response interact and exchange with what are considered a-biotic processes. Matter and meaning are brought together, where often they are considered separately.

They must necessarily impact on one another, inform one another. When considering life and consciousness, biology is often considered from the perspective of the material sciences, a physicalist perspective, in which meaning has nothing to do with the function of material systems. And yet we know from our own experience as conscious beings operating through material systems, that meaning impacts matter. That our qualitative experience, our perception of patterns and signs, affect our interactions with reality.

If we consider the phenotype of a creature, the total expression of its observable traits its behaviours, morphology and environmental interactions, we exclude its conscious experience, because it cannot be measured, it is not observable in a traditional sense. Interwoven with the expression of genes is the perception of reality. The patterns of a bird’s wings do not exclusively signal to causal efficiency, it also causes a subjective conscious experience in the mind of its observer. We cannot discount this effect, if we discount the impact of beauty in the mind of the bird, then we discount the effect of conscious experience on our own actions.

When life and consciousness are considered in a mechanistic sense, we miss the effect of perception and apprehension of patterned form, the meaning. The thought, memory and feeling that emerges in tangled response to pattern is a fundamental part of consciousness. The patterns of action, behaviour and change that arise from this conscious perception feed back into the causal networks that effect material change.

In short the interpretation of pattern by conscious life is inseparable from the process of life itself, the evolution of species becomes permanently entangled with the evolution of meaning.

Viewing the patterns of material reality as meaningful underpins empirical enquiry and creative action. In observing, recording and comparing patterns, the structure of cells, the erosion of coastlines, the scientist searches for their underlying relations, but so too does the artist. 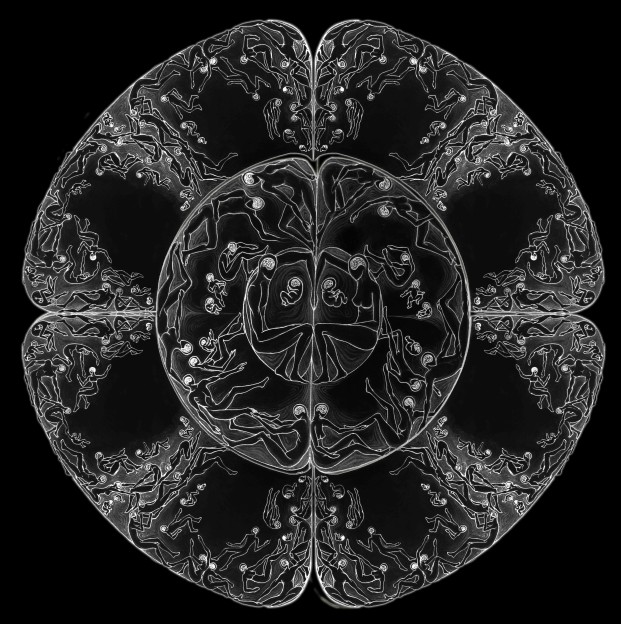 And whilst these states are not mutually exclusive, where science might codify, seek common terms and properties, its drive being comprehension through classification; the artist experiments with these patterns, and the impact they have upon conscious experience. The final output occurs in different realms, one in conceptual notation concerned with the universal, the other occurs in material expression to interrogate the specificity of conscious response. 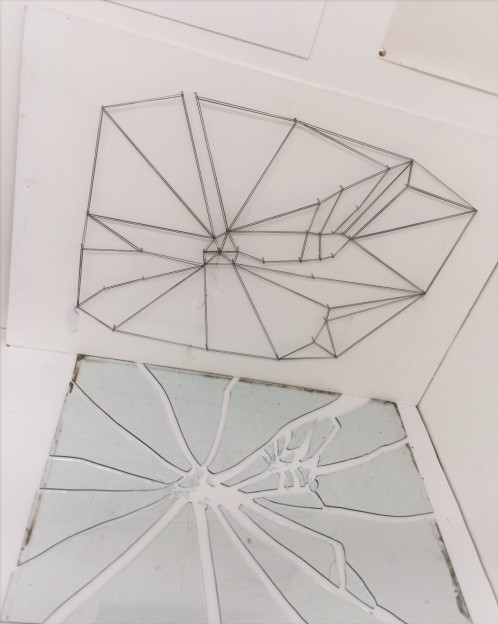 In directing attention to patterned structure, to organisation as well as composition, the regularities within which and by which a thing becomes significant, we engage with the material logic of reality. And in expressing this logic through the work of art, the artist expresses certain truths about reality, meanings in vivo, and not in vitro, working in the medium of subjective consciousness.

Seen in this light, art is a way of exploring the topography of our perception as it interacts with pattern. This is not necessarily a visual pattern, it can be auditory, or sociological, formal or conceptual. When the artist observes that the crack in the pavement echoes the form of a growing tree, or that an ascetic imitation of poverty has become a hidden sign for wealth, they are observing the contrasts and compliments of pattern, the inherited and culturally developed perceptions of regularity and difference. 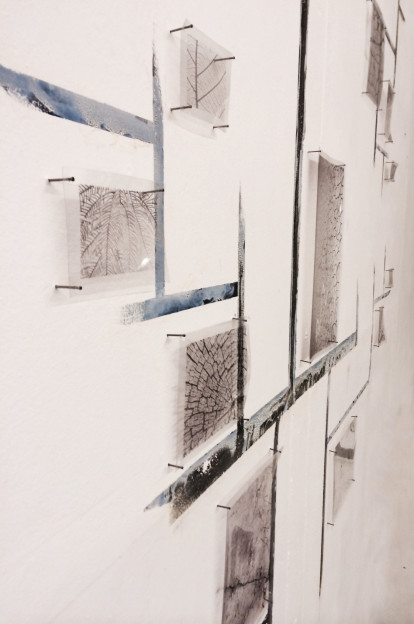 When the artwork is made, it brings these patterns into the same space for consideration. The artwork asks a question: can the associative form of the artist’s conscious experience be communicated, embedded within the work of art? Can it trigger a correspondent state in the mind of the viewer? And it is here that art illustrates the nature of meaning, because the state of perception that created the work, however carefully created, is never the same as the state it engenders. Yet through each subjective interpretation the work of art sheds light on consciousness, it throws into relief what is shared, and what is personal.

The artwork acquires its meaning only through the interaction with other signs, remembered and present, through its interface with the patterns in memory, the patterns of social behaviour, the patterns of nature, the patterns of history. The act of interpretation is to bring these patterns to bear upon the present experience. The artwork does not contain meaning in and of itself. It has meaning only by virtue of its participation in a deeper, broader system of meaning. A system with a native language of pattern, and a shared medium of consciousness. And from the myriad of subtle interactions between pattern and consciousness, meaning emerges. 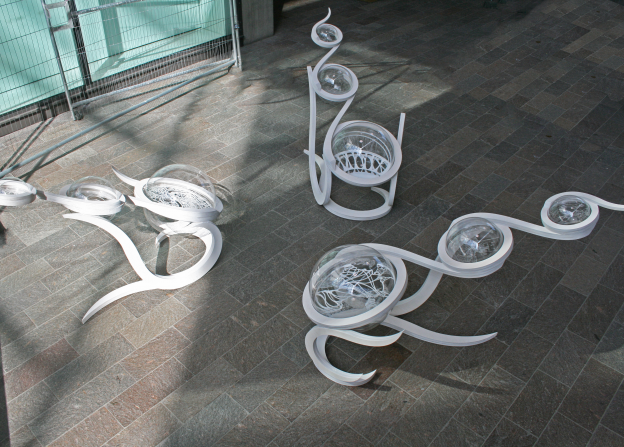 Julius Colwyn: In the Midst of Things. 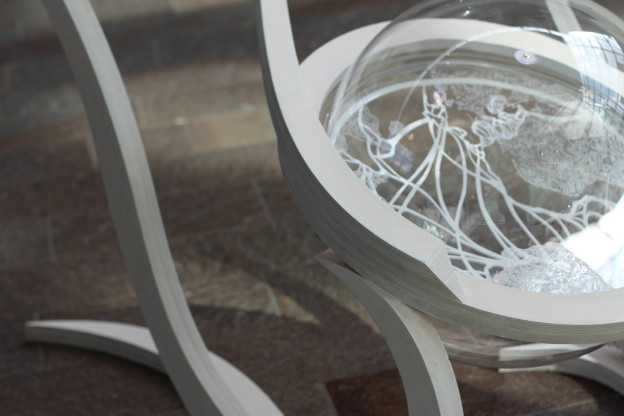 In the Midst of Things (detail)

In the Midst of Things (detail)

All images copyright and courtesy of Julius Colwyn

Julius Colwyn is a nomad, in between disciplines, walking the strange places between the bodies of knowledge, a thought ecologist. His work is concerned with how we grow an understanding, how we can incubate a meaning within a metaphor, a metaphor in a pattern, the pattern within a form, the form within a structure, the structure within a space. His theoretical background is in art history and literature, and his artistic practice engages scientists of various disciplines, exploring questions about reality and human nature that lie between disciplinary boundaries. View all posts with Julius Colwyn →