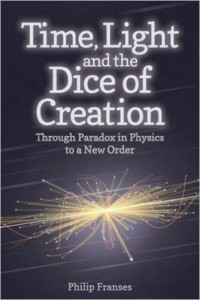 Philip Franses: Studying mathematics at Oxford University was a defining moment in my life. Being at such a high pressure place of learning was a very mind orientated way of interacting with the world. After I passed the entrance exams, I went to a Kibbutz in Israel and I met there a totally different way of interacting with the world, a kind of ‘soul way’ of interaction. After that, in the university holiday breaks, I travelled a lot and went to Europe, Greece and then South America for three months. After I finished at Oxford I took a bicycle and cycled to Africa. When I got to Algiers I sold the bicycle and then travelled through Africa, right into Cameroon, the Central African Republic and ended up walking through the jungle, because there were no more cars to Sudan. I always felt that travelling gave me a completely different window on the world than Oxford. So, when I came back to Europe it was a big challenge, how to integrate those two aspects. I worked as a computer programmer in Rotterdam, which was one of the most concrete cities in Europe. In the end I left after two years and went to the Alps. While I was there I had a spiritual epiphany, an encounter, a meaningful understanding that there was this other foundation to Europe that was not about the concepts of our mind but was about the developing of an inner journey. That focussed me on a completely different path. Just to complete the story… about twenty years ago I was living in Holland, programming off and on. Visiting a bookshop I picked up The Dancing Wu Li Masters, by Gary Zukav, and found myself reading it in a no-man’s land between the physics and theology sections. While I was reading this book, I felt this real movement inside me that these two, physics and theology, should not be disconnected and that they had to be talking about the same reality. There was an imperative that this was something I had to engage in even though at that time I had very little understanding of physics. So I then applied myself to learn about physics. Sometime after that event in the bookshop, I went to study Holistic Science at Schumacher College in Devon and that opened for me many windows on what I was trying to do. I have been teaching full-time at Schumacher College for the last seven years on the Masters in Holistic Science. A lot of my frustrations at Oxford, where science was just in the mind, something you got taught, were resolved at Schumacher. The learning at Schumacher is within a community and the activities of upkeep of the house and grounds are done together by staff and students. It’s much more about learning about the patterns inherent in Nature and the patterns of the Spirit. The result of that journey has been my book, Time, Light and the Dice of Creation, which for me has helped situate our Western culture within this more spiritual challenge that we face.

RB: Time, Light and the Dice of Creation: Through Paradox in Physics to a New Order, deals with some elusive concepts such as matter, chance, time, light, darkness, emptiness, and form. What is the aim of the book?

PF: We normally believe that the intellect is on the side of the scientist who imposes order by naming the different concepts involved, and then piecing together their relationships. The aim of the book in contrast is to allow these aspects of matter, chance and time to be different faces of the same unity. The organising principle or pattern of intelligibility is actually already in the world. The way the book works is that each chapter is a paradox in which two terms are related, like darkness and light, or unity and division, or chance and order. Instead of seeing the concepts of physics as fixed, the different aspects are brought out into open relationship with their opposite. The idea is that you don’t collapse those opposites but you explore them in the way they allow meaning to fulfil the quality of their tension, a living meaning. It’s trying to open the book of physics to allow meaning back in as a primary quality of the world. The world is basically about the making of meaning and the way you make meaning is trying to find association, so it’s very similar to language and the telling of stories.

RB: You mention the ‘paradox in physics’ in the title, do you think the paradox was brought out by the early quantum physicists, or does the idea that we only know something by measurement take away the paradox?

Philip Franses is Senior Lecturer in Holistic Science at Schumacher College (www.schumachercollege.org.uk). He holds a mathematics degree from Oxford University (1980) and a Masters in Holistic Science from Schumacher College (2006). He is the founding editor of the Holistic Science Journal (www.holisticsciencejournal.co.uk), works with participatory methods of education (www.journeyschool.org) and applies holistic thinking to water and landscape restoration projects (www.theflowpartnership.org). He is always open to new meanings His book Time, Light and the Dice of Creation; Through Paradox in Physics to a New Order is published by Floris Books. View all posts with Philip Franses →