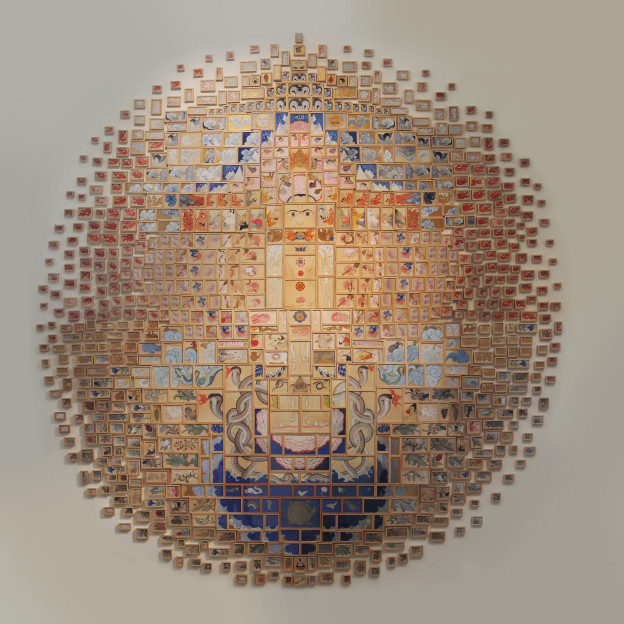 The indelible connect between art, faith, and life transcends stylistic, geographical, chronological, and ideological boundaries. It traverses beyond past and present, human studies and sciences, or classical/folk/traditional and contemporary art. There is empirical evidence in civilizational footprints, of the profound bond between arts and spirituality. This is reflected in multiple contemporaries be it in Indian sacred art, or cultures from around the globe.

The interface echoed as a complex blend of arts and aesthetics, encompasses historical traditions and contemporary urbanity, from East and West, collaterally and dialectically, ancient and modern, or simplistic and high tech. Forms of Devotion: The Spiritual in Indian Art defying a singular thrust is the focus of the multi-media multi-dimensional contemporary arts project. It is a collective confluence mirroring a layered mix of sacred cultures through the prism of select metaphors of Indian arts. The subcontinent- inhabited and enriched by a plural society with distinctive voices, identities, ideologies, cultures, faiths and denominations- is many ‘India-s’ in one. And its eclectic and fascinating mix of visual and performing arts and aesthetics are essentially meditative, mystical and assimilative. Based on sound philosophical and scientific principles developed to a high level of sophistication, arts continue to permeate the country’s syncretic socio-cultural milieu, inextricably intertwined with life – from birth to death. 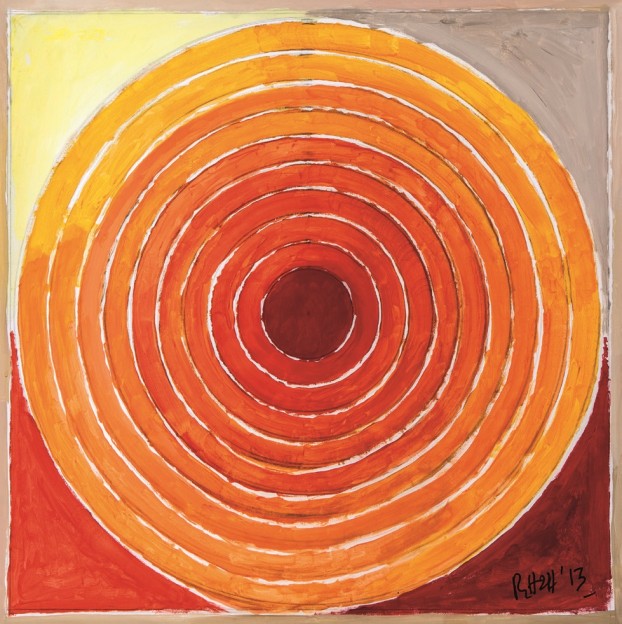 Conceptualized around this notion of devotion in a plural and contemporary context the project meanders around different genres of art and aesthetics. India is one of the rare countries in the world, where one can see the most exquisite expressions that are akin to the antique masterpieces held in prestigious museums being re-created even today, and in all likelihood by the distant descendants of the principal artists who created the museum masterpieces, in the first place eons ago! Together with this rootedness exists a continuum of cultural synthesis involving cutting edge and experimental art, hand in hand with indigenous forms. Often though, the traditional art forms are misunderstood and undervalued as ‘crafts’ by the art establishment and misappropriated and exploited by some of their own ilk. On a more open examination however, several artists are seen to re-invent and advance indeginous artistic traditions such as Pichvai painting in India, calligraphy in China, lacquer painting in Vietnam and puppetry in Indonesia, while also innovating and creating in newer genres. 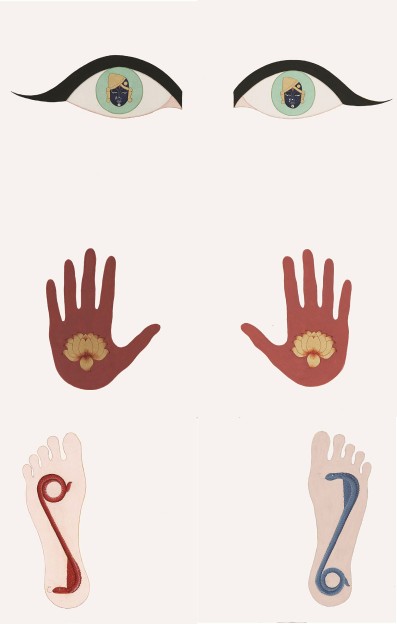 Artists create art putting their hands and heart into the work to infuse it with prana (life) and rasa (juice) as a yogic exercise that embodies a unity of body, mind and soul, thought and action, restraint and intensity. ‘Forms of Devotion’ exhibition project represents a broad spectrum of contemporary art, aesthetics and practices. It encompasses work post independence and mostly by living artists, from different parts of the sub-continent and a few international ones. Some of them are renowned masters, others young and emerging artists. There is no antiquity. It represents icons and ideas in myth, folklore, popular culture and Sufi spirit across philosophies or beliefs, in today’s global context. The collection includes two, three and multidimensional art, besides digitally designed video and project based or conceptual or performance or interactive work in varied modes, media and manifestations or genres, sizes, and faiths. The broad gamut runs deep into the roots, as it routes through different platforms to explore the theme in a plural context. 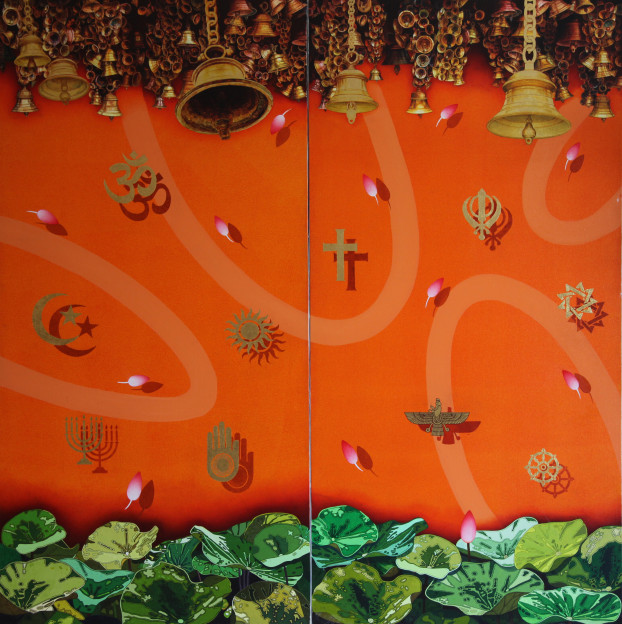 The spectrum includes traditional, modern and postmodern trends running in tandem. The multitude of contemporary artists and groups and subgroups include work by artists of the Bengal School, Shantiniketan Group, The Progressives, Shilpi Chakra, Rajasthan School, Baroda and Bombay Groups. The work by each group is reflective of its distinct aesthetics and socio-cultural-political leanings. Avant-garde metro culture, digital and pop/kitsch art, some with conceptual depth, others with a consumerist drift, co-habit with the tribal and folk forms from rural hinterland as living traditions. 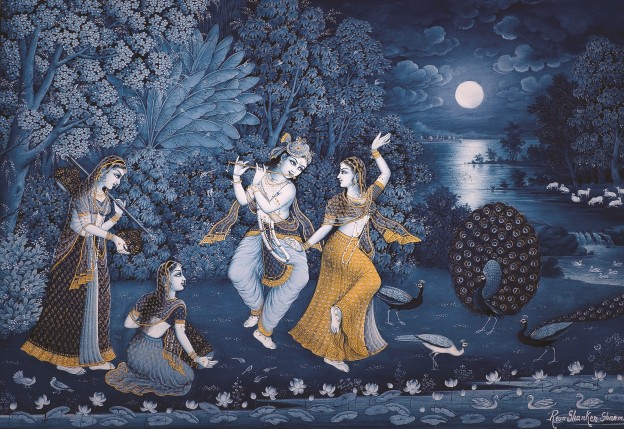 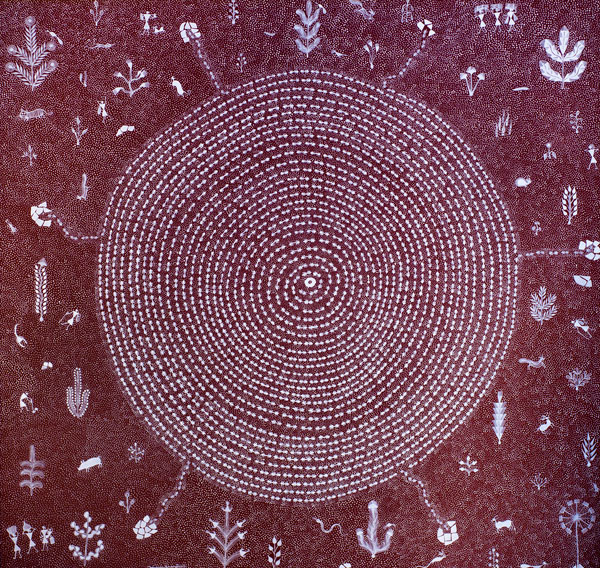 Sushma K. Bahl, author of 5000 Years  of Indian Art, in English and Chinese editions, besides other books, and former Head, Arts & Culture, British Council India; is an independent arts adviser, writer and curator based in Delhi. She worked on the festivals of India in the UK in 1982 and South Korea in 2005. She was the Guest Director for XI Triennale-India 2005, Project Consultant for Bharat Rang Mahotsav X11, and Jury Member for the 14th Asian Art Biennale Bangladesh both in 2010, curator of India- ASEAN Artists’ Residency & Exhibition 2012 and Yoga Chakra art exhibition in 2015. Since 2013, she has been leading on ‘Forms of Devotion’ art exhibition project for the Museum of Sacred Art in Belgium, held at the China Art Museum in Shanghai following its launch in Delhi and Bangkok. She is currently writing and editing a couple of other books on arts and crafts of India. Recipient of British honour MBE- Member of the Most Excellent Order of the British Empire- for her contribution to India-UK cultural collaborative work, and the IHC Art India Award for her curation of Ways of Seeing art exhibition; Sushma is a member of the Paris based International Association of Art Critics (AICA) and a trustee/advisory committee member of Abhyas Trust and Kala Sakshi Trust, both in Delhi, Arts Acre Foundation in Kolkata, Harjai Global Gurukul in Mumbai, Kerala Museum in Kochi and Florence Biennale in Italy. View all posts with Sushma K Bahl →