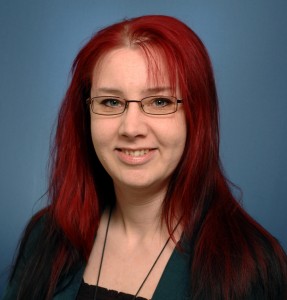 Richard Bright:  Can we begin by you saying something about your background?

Katja Valli: I trained in psychology and, very early on, when doing my Masters, I was already very interested in evolutionary biology, and studied it independently. In our psychology training, evolution was not mentioned, even once. It was also the same with sleep, I think we had only one forty five minute lecture on sleep. Sleep was an area that intrigued me and when it became time for me to choose a topic for my Masters I ran into Professor Antti Revonsuo, who was also interested in dreaming and evolution. I did my Masters on the biological function of dreams in 1999 and my Phd on the same topic in 2008. So, my background training in psychology indirectly linked to this interest in evolutionary biology, psychology, sleep and dreaming. All those combined, and twenty years later I’m still working on sleep, dreams, and evolutionary psychology.

RB: Your research focusses on sleep and dreaming. What function does dreaming serve?

RB: As you say, it’s not an independent function of waking consciousness, it’s a continuation of.

KV: I think that the problem is that the question has always been framed as ‘does dreaming have a unique function?’, and then different types of functions have been suggested, but every time I look at these theories I ask, ‘what do these add to the waking state, how well can the brain do these during wakefulness?’ If we think in terms of natural selection, and in terms of survival and reproduction functions, selection operates during wakefulness. Sleep in itself is a state that puts the organism into a vulnerable position, so sleep has to add something to waking functions that is so valuable that sleep was favoured. I think that the same could then apply to dreaming as well, that it could add something to the waking function. It could help someone perform better, or remember better, or function better than during waking hours, because that is when the selection occurs. But I don’t think dreaming does anything unique that the waking consciousness does not do at all. Rather, resources are allocated differently during dreaming and waking, and dreaming only adds to the effectivity of functions that also take place during wakefulness. Another option is that dreaming has no function. Maybe it simply reflects what the brain does during wakefulness and then it does the same things during sleep. Conscious experiences cannot be completely turned off during sleep.

RB: What is the definition of an altered state of consciousness and what kind of states are there?

Katja Valli, PhD, is a senior researcher at the Centre for Cognitive Neuroscience, University of Turku, Finland, and a Lecturer in Cognitive Neuroscience at the School of Bioscience, University of Skövde, Sweden. Her research interests include the contents and neural correlates of altered states of consciousness, with a specific focus on dreaming. She is also interested in the origins and biological, evolutionary function of sleep and dreaming. View all posts with Katja Valli →