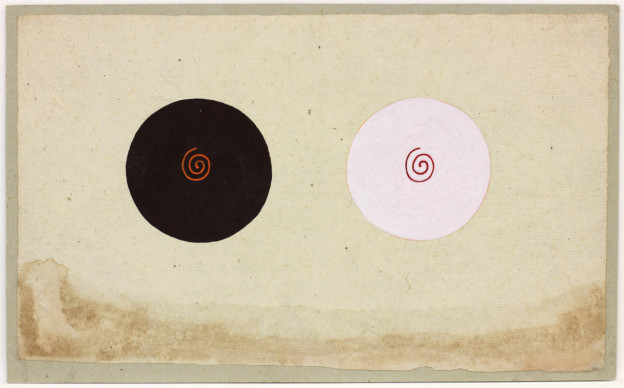 The images were discovered by French poet Franck André Jamme in 1970 while rummaging through the catalogues of a Parisian art gallery. Jamme later gained extraordinary access to very private communities of adepts and their intensely beautiful works.

The progeny of seventeenth-century illustrated religious treatises, the drawings have evolved into a distinct visual lexicon designed to awaken heightened states of consciousness and are imbued with specific spiritual meanings.