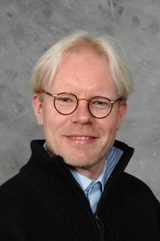 Richard Bright:  Can we begin by you saying something about your background?

AR: Altered State of Consciousness (ASC) is one of those terms that is difficult to define; it has at least 3 different definitions in the literature. In my own work, I have defined it as a state in which the subjects experience of the world or of themselves temporarily misrepresents reality (e.g. in the form of illusions, distortions, hallucinations, delusions), and this can be recognized by outsiders or by the subject of the ASC themselves during or after the experience. An ASC is thus a temporary, recognizable distortion of (some aspects of) reality in the subject’s conscious experience, in brief.

Dreaming is the most commonly occurring and completely, natural, normal, non-pathological ASC. It clearly fulfills the definition of an ASC, as during dreaming what we experience does not represent reality, but is an immersive hallucination of an entire reality, a simulated world, that we can recognize for a dream after we wake up (and in lucid dreams, even during the dream).

RB: The idea that dreaming is a simulation of the waking world is currently becoming an accepted view among dream researchers. There are 3 major theories, Social Simulation Theory (SST), Continuity Hypothesis (CH) and the Threat Simulation Theory (TST). What are the main differences between these theories? Are there any convergences?

Antti Revonsuo is a cognitive neuroscientist, psychologist, and philosopher of mind. His work seeks to understand consciousness as a biological phenomenon. He is one of a small number of philosophers running their own laboratories. Currently, Revonsuo is a professor of cognitive neuroscience at the University of Skövde in Sweden and of psychology at the University of Turku in Finland. His work focuses on altered states of consciousness in general and dreaming in particular. He is best known for his Threat Simulation Theory, which – in the tradition of evolutionary psychology – states that dreams serve the biological function of rehearsing possibly threatening situations in order to aid survival, and his advocacy of the dreaming brain as a model of consciousness. View all posts with Antti Revonsuo →