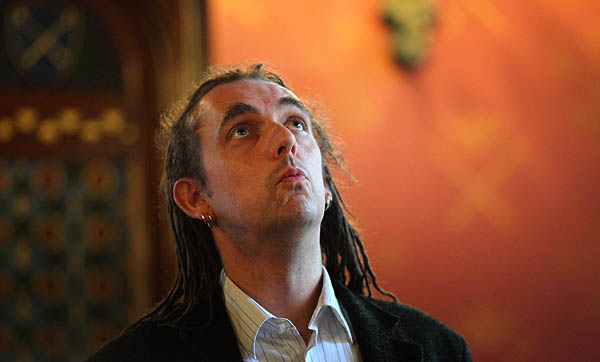 Richard Bright: To begin with, can you say something about your background and how you became interested in philosophy and in particular, the philosophy of science and physics?

RB: Your book, Every Thing Must Go: Metaphysics Naturalized (co-written with Don Ross), is a wonderfully intriguing (and challenging) title. What is the ‘every thing’ that must go?

JL: The things that must go are not the things of everyday discourse nor the theoretical entities of the various sciences, rather they are the things philosophers often imagine. By this I mean, little bits of matter construed as self-subsistent and self-individuated and bearing intrinsic properties. The idea that the world is made of such little things is often not an explicit commitment but rather a guiding image and metaphor that corrupts metaphysical thought. It is an amalgam of ideas from the manifest image and the classical physics of material particles. Thinking about things needs to embrace the way the science describes them in its models and theories not in the domesticated versions often used to explain them.

RB: Compared to other fields of philosophy, metaphysics is often derided by scientists. In the book you suggest that much of contemporary analytical metaphysics is worthless, and propose a programme which aims to unify the sciences by reference to fundamental physics. What would a new, improved, metaphysics look like, and what implications does that have for questions like “What is causality?” and “Is the world real?”

JL: Scientists and others sometimes deride philosophy on the basis of very little if any evidence of what it is like. There is a lot of extraordinarily brilliant work in metaphysics but there is a predominance of a priori methodology and a lack of engagement with scientific knowledge. This means that while the work is not worthless, since it often exemplifies great rigour and clarity and sophistication of argument and concepts, it is largely irrelevant for someone interested in the nature of reality. Our idea is that naturalised metaphysics exists to say how the world is in the light of all the sciences, and to say something about how the ontologies of the sciences relate to each other and to physics. We define fundamental physics as the science that is maximally general in respect of the scales to which it applies. We argue that as yet we have no account of a fundamental level nor any reason to think there is one and so we ought to unify the sciences without reference to one. This we do with the ideas of scale relativity of ontology and real patterns. The latter have causal/lawlike structure so we are realists about causation, but also pluralists about it so that the causation in evolutionary dynamics can in principle be different from that in economics or medicine. The world conceived as a totality, a single finished entity, may not exist, but there are plenty of things that do including galaxies, cells, viruses, atoms and electromagnetic radiation, and let’s not forget people

RB: You also say in the book that current fundamental theories physics doesn’t deal with, what you call ‘micro-things’ and ‘micro-bangings’. What do you mean by this?

JL: The idea that causation consists of things banging into each other is part of the picture explained above. People often find causation in science hard to understand because they implicitly think about it in terms of physical objects interacting as they do in the manifest image. In science causation can be at the population or the individual level, and it can be probabilistic as well as deterministic. Correlation alone is not causation but statistics are often the only way to access causal structure in science. These methods bare little resemblance to everyday ideas of cause or philosophical versions of them such as necessary and sufficient conditions.

RB: There is a current debate, particularly in biology, about the notion of individuality. What are your views on this, not only within the biological perspective, but in other fields such as psychology?

JL: I think we have learned in various sciences that there is no one set of fundamental individuals and that individuality comes in different forms and may be a matter of degree. In one sense, organisms like people are colonies since they cannot digest food without the bacteria in their guts. In general microbes make up a huge proportions of life on Earth and they do not fit the standard ideas of individual that we get from thinking about medium sized dry goods and individual organisms like dogs and people. Plants don’t either. The sense of a single unified self is a cognitive achievement that can break down in various ways. On the other hand, I think that describing individual people in so far as they exist is important. The fact that the self is not a thing in the sense sketched above does not mean there are no individuals or indeed that the self does not exist.

RB: Following on from this, how does scientific metaphysics relate to the understanding of consciousness?

JL: I don’t have specific views about this but I would urge people to think about consciousness without implicitly assuming the metaphysics we derive from traditional philosophical ideas and things and causation based on thinking about paradigmatic objects like tables. A fundamentally relational view of reality may help in thinking about consciousness. We should also think about consciousness in the light of the integration of science, scale relative ontology and the asymmetric relation between physics and the special sciences. So I doubt consciousness exists on very short timescales and it seems clear that it also doesn’t exist if the brain gets too hot or cold.

RB: Structural realism is a popular view in the philosophy of science, and Ontic forms of structural realism seem to have implications for debates about consciousness. Can you say more about this?

JL: Structural realism is often characterised as the view that scientific theories tell us only about the form or structure of the unobservable world and not about its nature. This leaves open the question as to whether the natures of things are posited to be unknowable for some reason or eliminated altogether. So one way of thinking about structural realism is as an epistemological modification of scientific realism to the effect that we only believe what scientific theories tell us about the relations entered into by unobservable objects, and suspend judgement as to the nature of the latter. The ontic way of thinking about it I advocate says instead that our metaphysics should be structuralist so that reality is to be thought of as structure and relations rather than in terms of fundamental individuals. I am not sure what implications this has for debates about consciousness.

RB: Do we need to radically rethink our understanding of matter in order to explain consciousness?

JL: I am not sure but it may be that a more realistic conception of matter and the physical world of the kind I have outlined might be more conducive to the science of consciousness.

RB: Recent debates on the hard problem of consciousness has once again brought panpsychism into discussion. What is your view on panpsychism?

JL: There are very different notions of panpsychism in the literature. One version holds that physical entities such as particles have mental and/or intentional properties. I do not think this is plausible or well-motivated. Individual atoms do not have pressure or volume but gases do. Individual proteins and molecules are not alive the organisms they compose are. Similarly, a university or a state can have properties that no individual people can have. I see no reason not to suppose that the mind is not like this. In general I think positing extra physical properties solely to account for emergent phenomena is not fecund in science. The case of the chemical bond is instructive in this regard.

RB: Finally, what do you think are the most important questions, problems, or challenges confronting the understanding of consciousness, and what are the prospects for progress?

JL: Perhaps the biggest problem for understanding consciousness is arriving at a taxonomy that makes the right kind of distinctions among the very many different phenomena we associate with consciousness. There is little agreement about what exactly consciousness is just as there was once little agreement about what motion is. However, I think the prospects for progress are very good. While there is no guarantee that we can comprehend the mind, we have made astonishing progress, and we have new tools such as non-invasive scanning and simulations with which we have had relatively little time to work. Computer science and information technology are in the infancy compared to anatomy and physiology and there is great scope for integrated approaches to mature. It is important to remember that our physics was inconceivable to Descartes. While we know a lot more about motion than he did, even with the astonishing empirical success of relativity and quantum mechanics we might still think the ultimate nature of motion escapes us. So it may be with consciousness.