Grant Maxwell: I forged a somewhat circuitous path in becoming a philosopher. I did my undergrad degree in English at the University of Texas at Austin, where my primary mentor, Adam Zachary Newton, was a literary theorist working with philosophers like Derrida and Levinas. I did my PhD in English at the City University of New York’s Graduate Center, and although I took a number of philosophy courses during my time there, I discovered that the philosophers to whom I was drawn were taught much more extensively in English departments than in philosophy, for which the analytic tradition was dominant. After a few years immersed in the poststructuralists, I took several courses with Joan Richardson that introduced me to William James, Henri Bergson, and Alfred North Whitehead, who have remained three of my primary philosophical influences. I served as a professor for a few years at Baruch College and Lehman College before turning to writing and editing full-time. 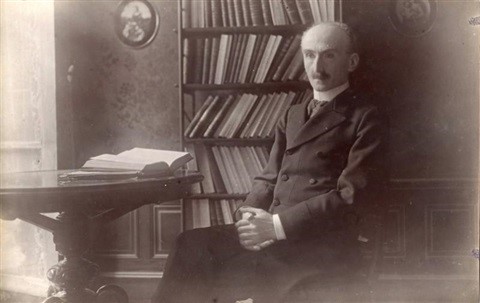 RB: Have there been any particular influences to your ideas and writing practice?

GM: In addition to James, Bergson, and Whitehead, some of my other favorites are Leibniz, Hegel, Nietzsche, Jean Gebser, Gilles Deleuze, Isabelle Stengers, C.G. Jung, and Jungians like James Hillman and Richard Tarnas. 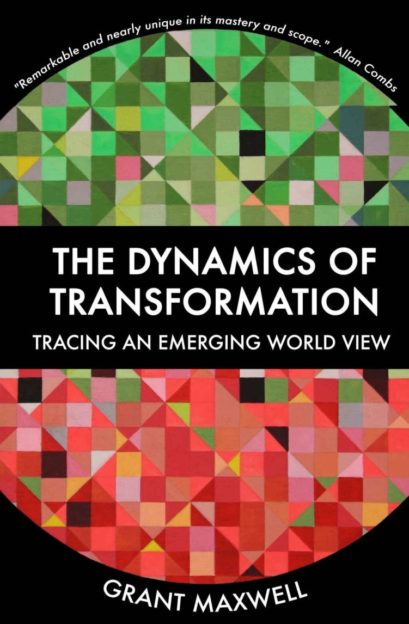 RB: Your book, The Dynamics of Transformation: Tracing an Emerging World View, presents a radically novel theory of transformation and offers 12 concepts that trace an emerging world view after postmodernism. Can you introduce these concepts?

GM: I think of Dynamics as a kind of condensed introduction to the books I intend to write. After finishing my dissertation on the philosophy of rock and roll, revised and published as How Does It Feel?, Dynamics was my attempt to distil and integrate some of the central concepts of the theorists I’d been immersed in, most of whom suggest in some form that we are on the cusp of a novel mode of thought after the modern. Particularly drawing on Tarnas, it seems that the postmodern may constitute a multigenerational period of transition to a potentially novel worldview not specifically defined in relation to the modern, though of course it remains to be seen whether or not we will successfully achieve this transition, which can be conceived as something like a collective initiatory ordeal.

The first concept is the participatory quality of process, which is partially derived from Jamesian pragmatism, a mode of thought that finds expression in various valences in a number of other thinkers, including the constructivism of Deleuze, Guattari, and Stengers, whom I didn’t begin reading extensively until after Dynamics was published, but whose work is genealogically related to pragmatism, which has served further to deepen and complicate my thinking on these issues. Very briefly, this concept suggests that reality is far more malleable than we often assume, and that we construct, with varying degrees of awareness, our individual and collective realities in relational negotiation with the constraints and potentialities of process. 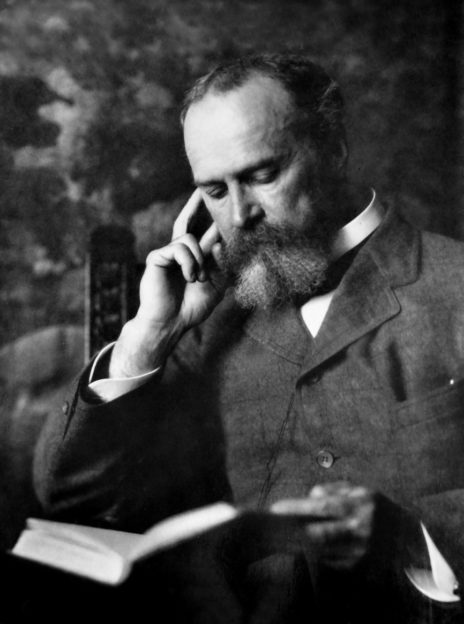 The second conceptual complex is novelty and the will to believe, especially derived from James, Bergson, and Whitehead, which recognizes that the premises we adopt require credence, even if those premises are constituted in the negative rejection of other positive premises, like atheism or the poststructuralist incredulity toward metanarratives, so that as soon as we speak or act, we are acting on assumptions about the nature of reality, whether conscious or unconscious, and that in order to construct novel modes of thought and relation, we must willfully leap into new domains.

The third concept is what I refer to as an integrative method. Actually, the new book I’m working on, which I think will be called Integration and Difference, traces the history of this particular concept through about twenty texts from Heraclitus, Plato, Nicholas of Cusa, and Leibniz to Derrida, Deleuze, Hillman, and Stengers, passing through most of the thinkers I’ve mentioned thus far. The question this collectively refined and elaborated concept addresses is what to do about opposed, conflicting, incompatible, paradoxical, or otherwise incommensurable truths, modes of thought, values, judgments, inclinations, and affects. The approach I trace in Dynamics is the reconciliation of opposites evident in Heraclitus, Plato, Cusanus, Hegel, and a number of others, which I’ve lately begun to conceive, based on the work of Nietzsche, Gebser, Jung, Whitehead, Hillman, Stengers, and especially Deleuze, as an opening to a more expansive integration of difference, or differentiated integration, for which the reconciliation of opposites is a special case. So I think Dynamics provides a concise introduction to this mode of thought, which has inevitably become increasingly subtle and complex for me as I’ve continued to work with these thinkers. I could discuss this subject endlessly, and the manuscript I’m currently writing is already significantly longer than Dynamics, but this concept can be expressed in its most straightforward valence in John Stuart Mill’s suggestion, which I’m paraphrasing, that modes of thought are right in what they affirm and wrong in what they deny, and that the negative denial of a positive mode of thought is generally instrumental for the emergence of differentiated contrast, which serves as the negative space in the constructed lattice of collective worldviews. 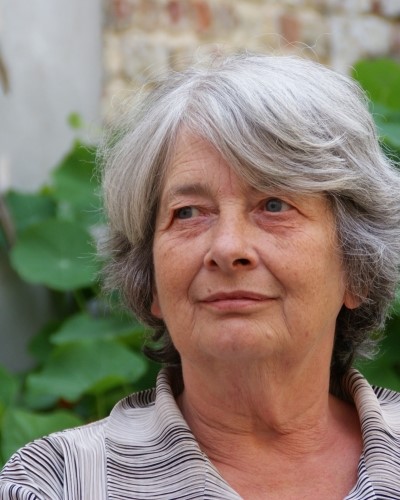 I think I should probably abbreviate these concepts a bit more or we’ll never make it through this interview, so I’ll just briefly evoke them:

the development of process through relatively discrete, emergent stages in the individual and collective domains, for instance in the five-stage schema proposed by Gebser, though other schemas can serve to elicit other aspects of process;

the recognition that we seem to be undergoing the multigenerational emergence of a novel mode of thought in a discontinuous rupture resonant with earlier, relatively sudden historical transformations, like the axial era centered on the sixth century BCE, the emergence of Christianity in the West, and the emergence of modernity mediated by the renaissance and the scientific revolution;

the fractal quality of process, which is the recognition that the same processual dynamics complexly repeat, with subtle differences, in domains across scale, from those accessible to physics, chemistry, and biology to the psychological and sociological domains; 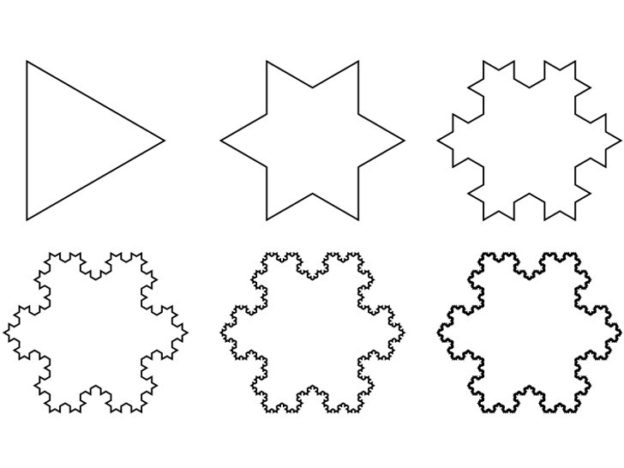 the idea especially expressed in Jungian archetypes, Whiteheadian eternal objects, and (I was surprised to discover) in concepts from Deleuze, Guattari, and Stengers that there are formal potentialities and constraints immanent to process that condition the reality that can be constructively elicited. In fact, since I’m particularly interested in Deleuze at the moment, I’ll just mention that Deleuze scholars are increasingly recognizing that, in addition to his primary trinity of influences, Spinoza, Bergson, and Nietzsche, he was also deeply influenced by Jung and Whitehead;

the idea that time is not only linear and quantitative, but that particular times have particular qualities describable in terms of archetypal complexes, relational, agential potencies that manifest in a multitude of ways in many domains depending on various contextual factors, including the degree of conscious participation of the individual and the collective. This is the constructive reimagining of formal causation characteristic of Jungian synchronicity, which Deleuze, Guattari, Hillman, and Tarnas have all developed in important ways;

the reimagining of final causation undertaken by theorists from Leibniz through James, Bergson, and Whitehead, for whom there is a teleological inclination in the nature of process, not toward fated, pregiven ends, as was often asserted by ancient thinkers, but toward the emergence of novel entities and modes of thought, and toward the increasing differentiation and integration of process, which Whitehead terms contrast and concrescence;

the concretion of time, largely derived from Gebser, which suggests that the emergence of novel domains of process on individual and collective scales is mediated  through increasingly expansive degrees of freedom constituted in novel constructions of temporal consciousness. And, based on the work of Benoit Mandelbrot and the physicist Laurent Nottale, and perhaps echoed in some pages from Deleuze and Guattari, it might be suggested that time is describable as a fractal dimension, a fraction of a dimension between zero and one. 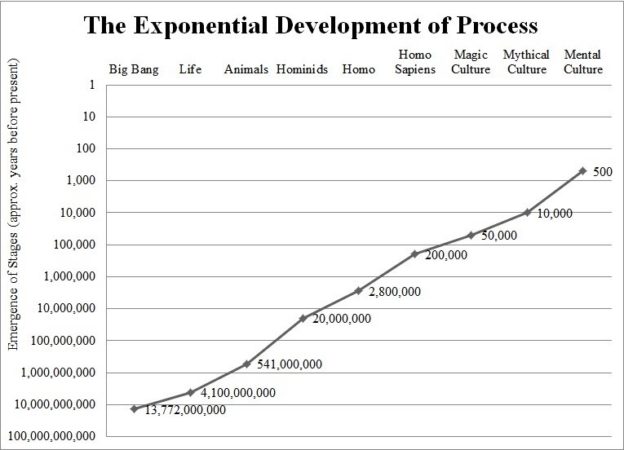 Figure from The Dynamics of Transformation, logarithmic scale

RB: The book form necessitates a linear structure with a distinct sequence of chapters, but you see the 12 concepts more as being an intertwined network. Can you say something about how the concepts are intertwined and the organizing principle you had for determining the order of chapters? 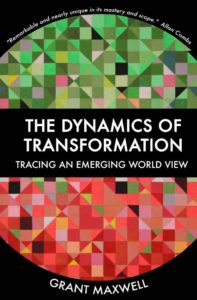 Grant Maxwell is the author of 'The Dynamics of Transformation: Tracing an Emerging World View', 'How Does It Feel?: Elvis Presley, The Beatles, Bob Dylan, and the Philosophy of Rock and Roll', and 'Beyond Plato’s Cave'. He has served as a professor at Baruch College and Lehman College in New York, and he has written for the American Philosophical Association blog, American Songwriter magazine, and the Journal of Religion and Popular Culture. He holds a PhD from the City University of New York’s Graduate Center, and he lives in Nashville, Tennessee with his wife and two sons. View all posts with Grant Maxwell →