/and iterations thereof, which physicists mobilize in dealing with hard prob___lems: formal/

/-mented by the exploration of trials and tricks, clues and guesses./ I go through these devices/ like an equation / however, the determinate path of a deconstruction method needs to be /                             /-jects upon which the ‘hardness’ of a problem can be shifted and distributed. In solving an / involves the expansion of a concrete object such as an equation or work of art into a series of other ob/

Starting with drawn and painted geometric forms and incorporating traces of Japanese pattern, I’ve cut apart, torn, and digitally-collaged these elements over a predetermined matrix, which increasingly became imperceptible in some areas while remaining “discoverable” in others. The end result is a visual expression of my reflections on the title concept that predicated this series of explorations. 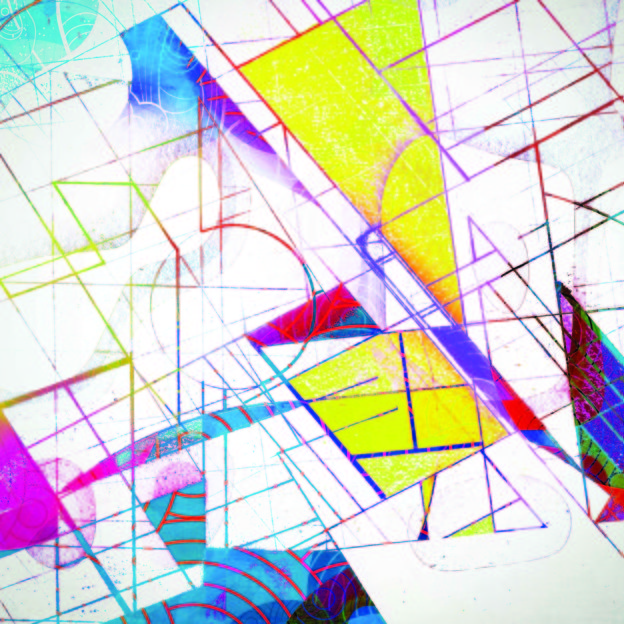 Utilizing a dialectical approach in both my studio practice and research, my aim is to move beyond the contemporary paradigm of postmodernism towards an artistic discourse that oscillates between a “modern enthusiasm and postmodern irony,” between unity and multiplicity, totality and fragmentation, clarity and ambiguity, and reason and romanticism. In my dissertation ‘Reconciling the Irreconcilable‘ for the MA in Art & Science program at Central Saint Martins, I outline the contemporary artistic and philosophical theories, metamodernism and romantic naturalism, which motivate my explorations into the consilience of art and science. Following philosopher of science Karl Popper’s notion of ‘permanent revolutions,’ my body of work is intentionally eclectic, and I work with an increasing variety of mediums and methodologies. My artwork often deals with topics ranging from astronomy, cosmology, physics, and neuroscience, to epistemology, mythology, metaphysics, science fiction, and the science of ‘belief.’ 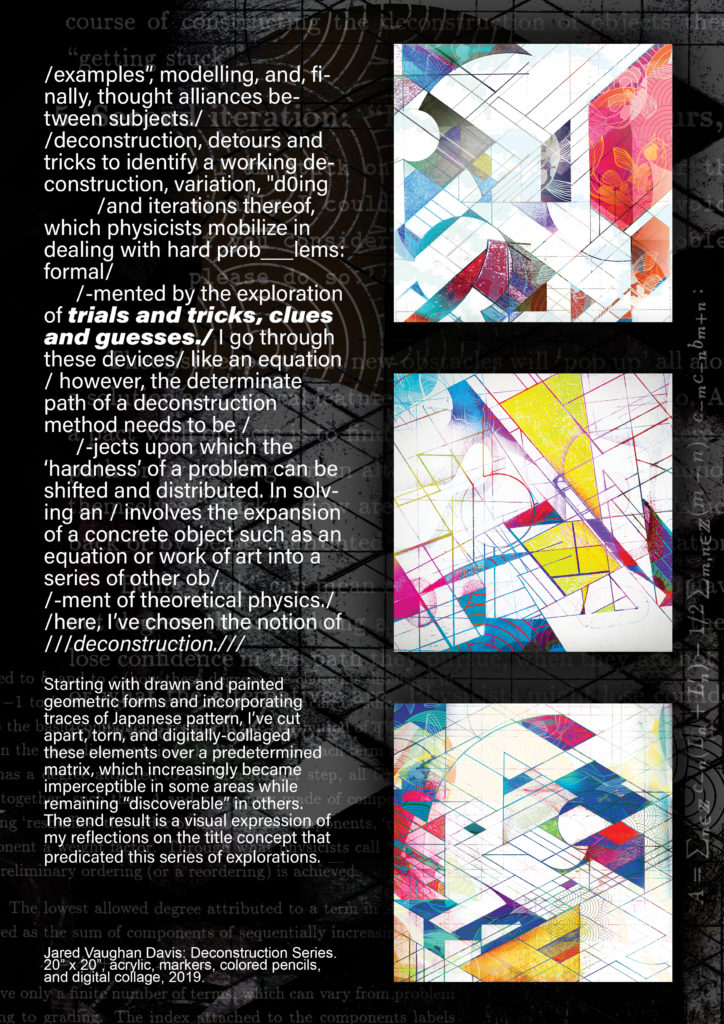 All images copyright and courtesy of Jared Vaughan Davis