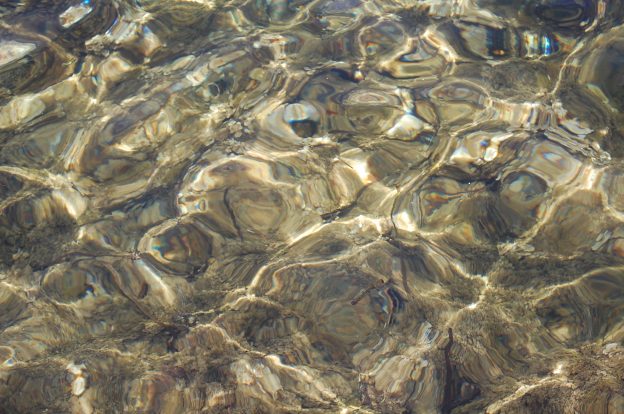 More than a decade ago, I wrote a book entitled Altered Perceptions: Addressing the Real Water Crises, which attempted to trace some of the prevailing perceptions of water held by those living in postmodern developed nations [1]. The book began with diverse of interpretations of ancient understandings and progressed through twenty-first century viewpoints. The intent was to question whether our postmodern perceptions of water (principally as a natural resource and commodity) have contributed to our predominantly self-imposed issues with water. I asked whether supplementing our technical, scientific, utilitarian and aesthetic views of water might actually assist in reframing our relationship to water, whether we interpret it as problematic, adequate or irrelevant. Our eagerness to solve water issues frequently comes at the cost of truly understanding them and of questioning the biases, assumptions or causal inferences that are inherent in solutions, which themselves can create as many problems as they solve.

I proposed in the book’s introduction that our greatest challenge with water might be our perceiving it in a more expanded and interconnected manner, as we continue to utilize it to sustain us and other life forms on the planet. I noted that we have a variety of access points from which to expand or shift our perceptions (e.g., personal experience, spiritual practices, art works, ancient traditions) beyond the scientific, economic, and geopolitical ones that dominate today’s developed, industrialized world. For people whose everyday survival is dependent on collecting enough water of adequate quality, the perception of water is obviously different. Water has historically transcended cultures, languages and philosophies in connecting humans to each other and their environment. In fact, water continues to be a focus for bringing people together, whether to fight over it, preserve it, or better understand it. This article explores why altering our collective perceptions may be a greater challenge than I presumed when writing the book.

THE INTERCONNECTIVITY OF WATER

Water serves to connect us through our bodies, our planet and the universe. Many ancient philosophers viewed water as the original substance out of which everything is created and to which everything eventually returns. As one of the four fundamental Elements, all of manifestation was believed to represent a unique form of water, which served as a mediator and creational medium linking the seen and unseen realms. From a scientific perspective, water mediates processes on scales ranging from the molecular to the cosmic. Water is essential to the structure and function of biomolecules such as proteins and DNA, and water in the form of oceans, clouds and atmospheric vapor is the major controller of long-term climate and short-term weather on earth. Even a strange type of water ice (amorphous) present in the depths of outer space may have combined and delivered to earth a few simple compounds that served as life’s first biomolecules [2]. Water’s ability to perform these diverse planetary and cosmic functions is facilitated, to a great extent, by its complex dynamic network.

Underlying water’s placid façade is a molecular network that interchanges connections (chemical bonds) among adjacent network components (water molecules) trillions of times per second. During this endless re-shuffling, molecules alter their connections based on prior network configurations. Systems theorists posit that networks composed of simple components (e.g., water molecules), when appropriately connected, display adaptive or responsive properties [3]. In such a system, there is no need for a central processing unit because the passage of local connectivity to a broader (nonlocal) coherence is accomplished via a set of switching, or shuffling, rules. Many of water’s behaviors may be traced to a network that swaps connections among molecules and, in doing so, displays long-range coordination while being held together by short-range chemical (hydrogen) bonds.

On a more practical basis, it is worth recalling that earth is truly a water planet and that recognizing and respecting water’s critical roles in processes such as climate change, energy selection, food production, economic stability, human health, and global conflict is not only wise, but mandatory. Natural systems encompassing or sculpted by water are typically energy-efficient, produce minimal wastes, and achieve multiple goals. By contrast, human designs frequently ignore or override nature’s designs in the form of technologies and management schemes that alter water’s cycles, flows and distribution.

There are numerous examples of well-intended water solutions addressing a single issue that eventually created unanticipated problems. On the east coast of the USA, groundwater pumping schemes and surface water impoundments designed to augment water availability have inadvertently increased nuisance floods by causing slight, but measureable, changes in land elevations that coincided with rising sea levels [4]. When these water management actions were initiated, neither climate change nor land subsidence would likely have been considered as issues. Similarly, irrigation systems and the pollutants they transport have impacted the ecological balance of critical aquatic ecosystems, which are ultimately responsible for providing water of sufficient quality to be transported [5].

Water also intersects two other common necessities for modern humans, namely food and energy. The water-energy-food nexus specifically calls out the interdependence among these three resources. It is water that permits the cultivation of food crops and the exploitation of energy sources that power postmodern societies. An example of this interdependence was observed during the 2008 food crisis, which was attributed to a combination of higher energy prices, lower crop yields (due to drought), and conversion of agricultural land from food to fuel (ethanol) crops [6]. Addressing any one of these factors, without considering the effects on the others, was observed to create a situation whereby one factor improved at the expense of the others and, as such, there was little or no net progress in alleviating the interconnected crises.

Interestingly, one of the approaches to dealing with the nexus includes systems science, which investigates and describes the organization of human creations and nature as a single entity consisting of elements that possess distinct attributes. Dynamic interactions among system elements are modeled as spatial and temporal relationships, or patterns, describing the behavior of a system. Whereas resources and energy are cycled through the system, the focus is on describing system organization, interacting elements, and relationships with the environment. The dynamics governing a system’s behavior are characterized by limited predictability, sudden transitions, emergent properties and nonlinear causality—all of which challenge our brain’s pattern recognition abilities that favor continuity, reductionism, linear causes, and simplification over complexity.

A WORLD PERCEIVED AS PATTERNS

Scientist and writer Philip Ball recently examined why the natural world looks to us the way it does [7]. Intriguingly, he noted that all natural patterns originate from a seemingly limited array of possibilities, occur over a wide range of spatial and temporal scales, and are produced by diverse natural phenomena. He asked whether this similarity in patterns produced by dissimilar processes (e.g., gravity, heat, erosion, biological evolution) is coincidental or whether pattern development is a result of some underlying mechanism. He surmises that there is no formal law of pattern formation (in the scientific sense), but rather a recipe for formation that accounts for non-equilibrium conditions, nonlocal events, and thresholds for changing form [7]. Patterns in water are both spatial and temporal, as exemplified by the shape of and interval between waves, respectively.

Natural patterns arise most often from the breaking of symmetry, rather than from the creation of symmetry as a human might do when designing a pattern [7]. Symmetry is the property of an object such that changing its position relative to a viewer results in its appearing the same (e.g., the spinning of a sphere). In essence, breaking something uniform into an array of non-uniform pieces creates patterns that we observe in the natural world. The resulting patterns cannot be explained on the basis of their parts (e.g., water’s molecules or atoms), but instead by properties that emerge exclusively from an entire system (e.g., water’s molecular network). Our identifying the source of symmetry breaking is often difficult, as is assigning a unique cause to patterns.

Ball observed that people attempt to make sense of a complex and often-confusing world by looking for similarity, predictability and continuity as patterns [7]. Although more methodical, science does essentially the same thing. Science’s lowest common denominator is patterns, such that the form and function of patterns in nature reveal broader truths about the natural world [8]. As the language of science, mathematics is commonly used to explain the relationships among those patterns. The belief that nature’s patterns are created by intelligent design may have arisen from the way that humans create patterns in art and design, rather than the way that patterns most often appear in nature.

Systems theorist Andrew Coward noted that a pattern (temporal or spatial) does not have to repeat exactly or in its entirety to be recognized as such [9]. Patterns are composed of a set of elements that are patterns themselves (i.e., subpatterns) and different combinations of subpatterns can create the same pattern (i.e., there is no unique set of subpatterns for every pattern). Only a sufficient number of element repetitions in a portion of the pattern are required for human recognition, and elements need not always repeat in exactly the same way [9]. So, the question then becomes, what exactly are patterns and do they exist in the real world or only in our brains?

An artist and computer scientist attempted to answer this question by looking at different uses of the word throughout history [10]. They note the Oxford Dictionary indicates that the word “pattern” originates from Middle English as something serving as a model. Do patterns serve as models to impose artificial order on a world seemingly replete with chaotic interactions, novel events and complex systems that require simplification for humans to make predictions and decisions? Patterns do influence how we perceive and interpret the world, and artists often incorporate visual or auditory patterns in their works that elicit various responses from people.

D.L. Marrin (nickname West) is an applied scientist specializing in biogeochemistry, water resources and aquatic ecology. He is a consultant, R&D strategist, and former adjunct professor at San Diego State University. He lectures on water quality, resource footprints, hydromimicry and the water-energy-food nexus. He also works with artists in utilizing spatial/temporal patterns to communicate science and develop functional art. West has a Ph.D. in water resources from the University of Arizona, and B.S and M.S. degrees in the biological and environmental sciences from the University of California. View all posts with West Marrin →