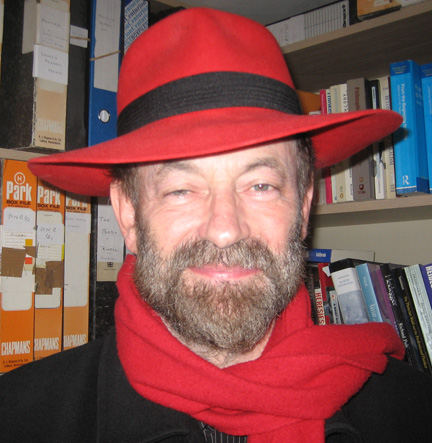 Richard Bright: Could begin by talking about your background? What made you take up your interest in the study of the mind and consciousness?

Raymond Tallis: I’ve always been interested in philosophy. This interest antedated my interest in medicine but, I think recognising consciousness as one of the most important philosophical problems came from my focusing on neuroscience when I was at Oxford. You do a degree in physiology before you go on to clinical medicine and my special module was neurophysiology. That was when I first encountered the idea that “we are our brains”, and that neuroscientists are going to really explain what we feel, what we are, what we do, and why we do it. It wasn’t particularly vocal then,-  I’m talking about the late 1960’s – but the story’s just got louder and louder since, and I think it’s wrong; that’s why I spend so much time arguing against it. All my research subsequently has been in the field of neuroscience, particularly epilepsy, stroke, and neurological rehabilitation. It is a discipline which is closest to my clinical interests.

RB: I’d like to talk about the relationship between brain and mind. In your view, how does the brain maintain the mind?

RT: The mind isn’t something that’s maintained solely by the brain. The brain is, course, a necessary condition of having any kind of mind. In order to be conscious – particularly in the rich way we are conscious -, and behave in the complex way we do, we of course need to have a brain in some kind of working order. Treating patients who have suffered from brain damage from stroke has underlined again and again over the years how everything – from basic sensation to the most exquisitely constructed sense of self  – depends on normal brain function. But, the mistake is to assume that living a normal human life, is being a brain in some kind of working order. It seems to me, the fundamental error is confusing a necessary condition – having a brain that’s working ok – with a sufficient condition; that a brain working okay is actually the whole story of our consciousness, our behaviour and our decisions, and so on. I think separating the necessary from the sufficient conditions is very important indeed.

There are several reasons for defending this separation. First of all, there’s a logical error, it seems to me, at the very heart of the mind/brain identity theory. It is the muddle of thinking that, if A is correlated with B, then A is caused by B. So, if my experience of a certain sort correlates in a very rough way with neural activity of a certain sort, then my experience is caused by that neural activity; that’s the first mistake. The much more important mistake is to say, not only is it caused by that neural activity, but it is identical with it. So, there’s a conceptual  muddle at the heart of the neural theory of consciousness. You might object, well, if consciousness isn’t identical with brain activity, is it just floating in the air? Not at all. Increasingly, I think even mind/brain identity theorists have acknowledged that a brain is actually embedded in, and inseparable from, a body. That body isn’t just a sort of optional extra that it would be if we subscribed to a computational theory in which mind was simply the software of the brain. More than that, that body itself is inseparable from an environment. This is where we go back to the very nature of consciousness; consciousness is profoundly relational. Consciousness, in the philosophical jargon, has about-ness; it has intentionality. So, if I look at something, the thing which I look at, or my experience of looking, is an experience that is about something; it is about an object that is quite separate from the act of looking. I think it is very important to appreciate that, that there are at least two players in every conscious experience. Only one of the players can be plausibly located in the brain and even that is problematical.

Let me develop this a bit further. If my seeing an object were simply identical with neural activity in my occipital cortex, then it would be very difficult to see how my experience of the object could be about the object itself. When I look at say, a glass over there, I see something that is other than my seeing, that is other than my experience of it. I ascribe to it a reality that goes beyond what I’m currently experiencing. That is absolutely central to consciousness, whether it is consciousness of objects, on a very basic level, or indeed, at more complex levels, consciousness of other people, or indeed, consciousness of the society in which we live. So, consciousness is profoundly and irreducibly relational. The neural theory of consciousness tends to see only one of the relata – neural events. What is missing is an explanation of how it is that my conscious experiences are always, and often explicitly, about something other than themselves.

RB: In recent years, much research has gone into the hunting for the neural correlates of consciousness, or complete neural correlates. Do you think they will be found? Or, is it not the whole story, as you were saying?

Professor Raymond Tallis is a philosopher, poet, novelist and cultural critic and was until recently a physician and clinical scientist. In the Economist's Intelligent LifeMagazine (Autumn 2009) he was listed as one of the top living polymaths in the world. Over the last 20 years Raymond Tallis has published fiction, three volumes of poetry, and 23 books on the philosophy of mind, philosophical anthropology, literary theory, the nature of art and cultural criticism. Together with over two hundred articles inProspect, Times Literary Supplement and many other outlets, these books offer a critique of current predominant intellectual trends and an alternative understanding of human consciousness, the nature of language and of what it is to be a human being. For this work, Professor Tallis has been awarded two honorary degrees: DLitt (Hon. Causa) from the University of Hull in 1997; and LittD (Hon. Causa) at the University of Manchester 2002. He was Visiting Professor of English at the University of Liverpool until 2013. View all posts with Raymond Tallis →