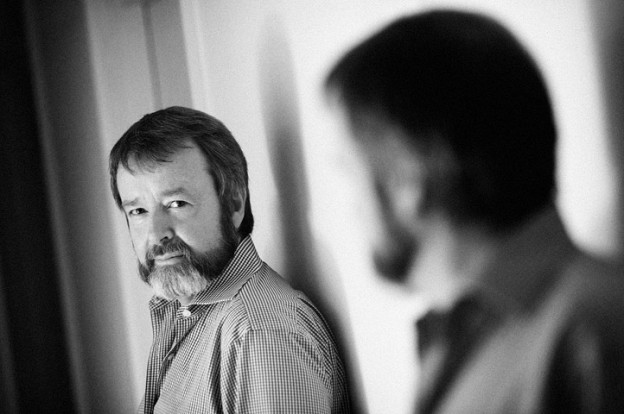 Richard Bright: You have had a varied career – a scholar of English literature before training as a doctor and then as a psychiatrist. What was the motivation behind your change?

Iain McGilchrist: I started off with the idea of studying philosophy and theology, but I had to do the entrance exam to Oxford in some school subject, which just happened to be English. When I went for interview I was told that philosophy and theology wasn’t an honours degree and, in those days, believe or not, at Oxford it wasn’t. So they said, you should do an honours degree: why don’t you study English literature? So I did, and I enjoyed the study of literature very much. Almost as soon as I qualified, I got a Fellowship at All Souls College which enabled me to do what research I wanted. With that freedom I went back to my initial interest in philosophy, and by now that also included psychology rather than theology, because I had been struck by something quite odd in the way in which literature gets studied in the university.  It seemed to me strange that someone in the past had taken a lot of trouble to create a work of art that was unique – if it hadn’t existed, you couldn’t have imagined it – a work which is embodied precisely in the very words, or the notes, or the paint, or the sculptural material, in which it had been created, not a collection of disembodied ideas – and then we take this highly embodied entity and turn it into a bunch of generalities and abstractions, which it was exactly the purpose of the work of the art to avoid!  I wanted to formulate quite why there was something deeply paradoxical in this kind of approach.  And it seemed to me that it had to do with the mind/body question, in that these works of art were embodied beings that acted on us as embodied beings. They didn’t just interact with our rational minds but with our whole body, including things like being able to change your respiration rate, or heart rate, or bring tears to your eyes, and so on. But it wasn’t about feelings, exactly.  Something very important was missing when they were dealt with in the abstract, at the purely analytical level. When you start taking a work of art apart you find you have got very little left.  When you take the bits apart to find the ‘content’, the meaning is now lost.  It’s an amazing disappearing trick.

That inspired me to read philosophers on the mind/body problem, and to go to seminars on the subject; but it struck me that this, too, was all too disembodied in its approach. It seemed to me that, if possible, I ought to learn about what happens to a person’s mind when something goes wrong with their body or their brain, and what happens to their body when something affects their mind.  To do that I needed to study medicine and become either a neurologist or a psychiatrist. At the time I was very inspired by Oliver Sacks’s Awakenings, then a relatively new book.  It struck me that here was somebody who was able to look at an illness not as a purely technical, disembodied phenomenon, but in the context of how it changed the experienced world of the individual. So that was my inspiration. I wanted to study medicine, to see this at first hand, and to go into the area that lies somewhere between neurology and psychiatry.

RB: How has being a literary scholar informed your practice as a psychiatrist?

IM: I suppose it’s probably done two things. One is that literature is very much about understanding other people’s mental worlds; and whether one’s a psychiatrist or a neurologist, or a doctor of any kind, meeting real living, suffering human beings, it is very helpful to have your mind expanded and enriched by the study of literature and philosophy.  The other thing is that it made me sceptical of looking at the human being as a machine. The average scientist or doctor without any experience of philosophy seems to think it’s completely obvious that the body is a machine, that human beings are sophisticated machines. To anyone with the most rudimentary philosophical training that is far from obvious, and I think it would be very helpful if clinicians had to have some training in philosophy, even if only to see how problematic that assumption really is.

RB:  What is the thesis of The Master and his Emissary?

IM: Very broadly, the idea of the book is to explore the problematic question of whether there are differences between the two brain hemispheres and what sort of differences they might be. I say problematic because a lot of nonsense has been talked about the differences. There was naturally an interest in this during the 1970’s, in the wake of the first split-brain operations, and people speculated, for example, that the left hemisphere of the brain was involved in language and reason and the right in the creative and visual. Over time it has been shown that these assumptions were wrong, in that each hemisphere is involved in everything we do. As a result most scientists have given this up as topic that can’t be resolved. It’s a bit irrational to do that, because there are obvious measurable differences between the two hemispheres of the brain at every level at which one looks, and they must be there for a reason. So I set out to ask ‘what are the differences?’ and the book is an attempt to explain what the scientific evidence is, and what that suggests.  My thesis is that the two hemispheres construe the world in different ways, both of which are important, and that in our normal lives we conflate these two ways of looking at the world without being aware of it.  These two visions, or models of the world, influence how we think about ourselves, and since they are both important and not easily reconciled, we have tended to shift back and forth between them at different points in history. So the second part of the book looks at cultural history through this lens, of the difference between the ways in which the left and right hemisphere look at the world.

RB: The brain is asymmetrical. Given that the brain consists of a mass of complex connections, why is it divided?

Iain McGilchrist is a psychiatrist and writer who practised in London, but now lives on the Isle of Skye, where he continues to write and make a living by lecturing. He is committed to the idea that the mind and brain can be understood only by seeing them in the broadest possible context, that of the whole of our physical and spiritual existence, and of the wider human culture in which they arise – the culture which helps to mould, and in turn is moulded by, our minds and brains. View all posts with Iain McGilchrist →