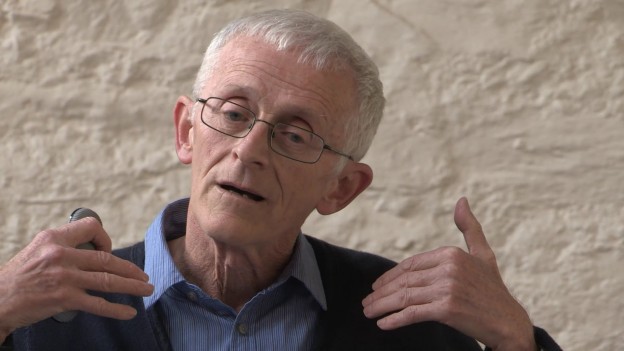 Richard Bright: I would like to begin by asking, what is your definition of consciousness?

Max Velmans: I think that Tom Nagel’s suggestion that consciousness is “what it’s like to be something” is a useful place to start. But if we want to define what “consciousness” is in a more precise way we have to edge up to it more slowly. As with any term that refers to something that one can observe or experience it is useful, if possible, to begin with an ostensive definition, i.e. to “point to” or “pick out” the phenomena to which the term refers and, by implication, what is excluded.

That said, Eastern philosophies also refer to a state of “pure consciousness,” without any phenomenal contents, although various characterisations are nevertheless offered of this state, such as sat-chit-ananda (being-consciousness-bliss) in Hindu thought, or sunyata (emptiness) in Mahayana Buddhism. Such states are of central importance to the practice of meditation, but, as these possibilities do not have a direct bearing on the problems of defining consciousness within the Western tradition, I will leave them to one side for now, without dismissing them.

It also makes sense to stay as close as possible to everyday, natural language usage for related terms. In common usage, the term “consciousness” is often synonymous with “awareness”, “conscious awareness”, and “experience”.  For example, It makes no difference in most contexts to claim that I am “conscious of” what I think, “aware of” what I think, “consciously aware” of what I think, or that I can “experience” what I think. Consequently, to minimise confusion, it is important not to load these terms with added meanings that are peculiar to a given theoretical position. This applies equally to the “contents of consciousness”. The “contents of consciousness” encompass all the phenomena that we are conscious of, aware of, or experience.  These include not only experiences that we commonly associate with ourselves, such as thoughts, feelings, images, dreams, body sensations and so on, but also the experienced three-dimensional world (the phenomenal world) beyond the body surface.

However some terminological distinctions are important. In some older writings, for example in the work of Descartes, “consciousness” is not clearly differentiated from “mind.”  Given the extensive, current evidence for preconscious and unconscious mental processing, this usage is too broad.  How phenomenal consciousness relates to preconscious and unconscious mental processing is now a major topic for psychological research. To avoid confusion, and to enable such research, it is important to reserve the term “mind” for psychological states and processes that may or may not be “conscious”.

Descartes also famously believed thought to epitomise the nature of consciousness, and consequently defined it as a “substance that thinks” (res cogitans), which distinguishes it (in his view) from material substance that has extension in space (res extensa). Modern psychology accepts that verbal thoughts (in the form of phonemic imagery or ‘inner speech’) are amongst the contents of consciousness.  However it does not accept that thoughts exemplify all conscious contents.  Unlike thoughts, pains, tactile sensations, itches and other body experiences appear to have both spatial location and extension in different regions of the body, and the sights and sounds of the experienced external world (the phenomenal world) appear to have locations and extensions in a surrounding three-dimensional space. These interoceptive and exteroceptive experiences also differ widely from each other and many descriptive systems have been developed for investigating their phenomenology (in studies of visual and auditory perception, emotion, pain, and so on). It should be evident that such developments in phenomenology are an essential first step in characterising what it is about consciousness that needs to be explained—and that restricting the phenomenology of “consciousness” to the phenomenology of “thought” is too narrow.

The term “consciousness” is also commonly used to refer to a state of wakefulness.  Being awake or asleep or in some other state such as coma clearly influences what one can be conscious of. However these global states have a complex relationship to phenomenal consciousness.  When sleeping, for example, one can still have visual and auditory experiences in the form of dreams. Conversely, when awake there are many things at any given moment that one does not experience.  So in a variety of contexts it is necessary to distinguish “consciousness” in the sense of “phenomenal consciousness” from wakefulness and other states of arousal, such as dream sleep, deep sleep, and coma.

Finally, “consciousness” is sometimes used to mean “knowledge”, in the sense that if one is conscious of something one also has knowledge of it. This is an important feature of consciousness. However, at any moment, much knowledge is unconscious, or implicit (for example, the knowledge gained over a lifetime, stored in long-term memory).  So consciousness and knowledge cannot be co-extensive.

The above, broad definitions and distinctions have been quite widely accepted in the contemporary scientific literature—although by no means universally. Agreeing on definitions is important. Once a given reference for the term “consciousness” is fixed in its phenomenology, the investigation of its nature can begin, and this may in time transmute the meaning (or sense) of the term.  As Dewey (1910) noted, to grasp the meaning of a thing, an event or situation is to see it in its relations to other things—to note how it operates or functions, what consequences follow from it, what causes it, and what uses it can be put to.  Thus, to understand what consciousness is, we need to understand what causes it, what its function(s) may be, how it relates to nonconscious processing in the brain, and so on.  As our scientific understanding of these matters deepens, our understanding of what consciousness is will also deepen.  A similar transmutation of meaning (with growth of knowledge) occurs with basic terms in physics such as “energy”, and “time.”

RB: Is consciousness fundamental or incidental?

Max Velmans is currently Emeritus Professor of Psychology, Goldsmiths, University of London, Visiting Professor in Consciousness Studies, University of Plymouth, an Academician of the Social Sciences, and has been involved in consciousness studies for around 40 years. His main research focus is on integrating work on the philosophy, cognitive psychology and neuropsychology of consciousness, and, more recently, on East-West integrative approaches. He has around 100 publications on these topics. His book Understanding Consciousness (2000) develops Reflexive Monism, a distinct analysis of consciousness that was short-listed for the British Psychological Society book award in 2001 and 2002, and is now in its second (2009) edition. Other publications include The Science of Consciousness: Psychological, Neuropsychological and Clinical Reviews (1996), Investigating Phenomenal Consciousness: New Methodologies and Maps (2000), How Could Conscious Experiences Affect Brains? (2003), and (with Susan Schneider), The Blackwell Companion to Consciousness (2007), which is currently being updated for a second edition. He was a co-founder and, from 2004-2006, Chair of the Consciousness and Experiential Psychology Section of the British Psychological Society, and an Indian Council of Philosophical Research National Visiting Professor for 2010-2011. More details at http://www.gold.ac.uk/psychology/staff/velmans/ View all posts with Max Velmans →