My work entails technological, experiential and spatial experiments, in a way the various pieces are attempts to understand the social and perceptual and shift our centers of narrative gravity. I have been exploring behaviors and relationships within spaces and contexts, which we all operate in. An inclination toward multiple perspectives and vantage points, creating epiphenomenal challenges of their own. Attempts to raise questions, creating dialogue between the various overlapping physical-digital bubbles continually striving towards a meta-narrative, artwork, understanding self. Most of my work takes inspiration from technological nature and scientific mysteries.

=π , was a series of interactive visual installations representing the mathematical constant π, its use from simple colors on the screen to advanced graphics, from natural forms to forces that operate on them. 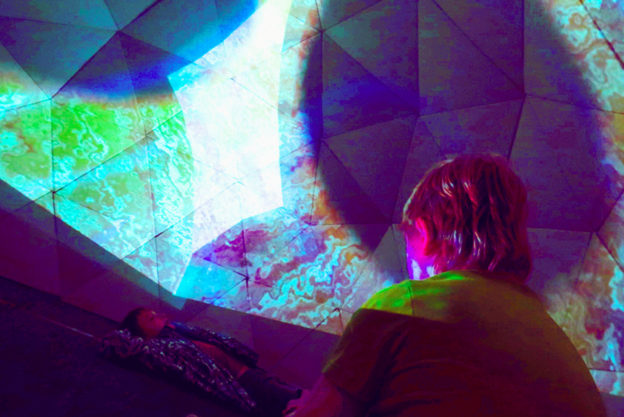 Destructure, was another installation done at Brooklyn Bridge Park, in collaboration with Tyler Henry. An ephemeral sculpture composed of technological object forms spanning pre-historic to the contemporary era, that we chemically destroyed to reflect both the natural processes of erosion and destruction, and the march of obsolescence in technological progress. 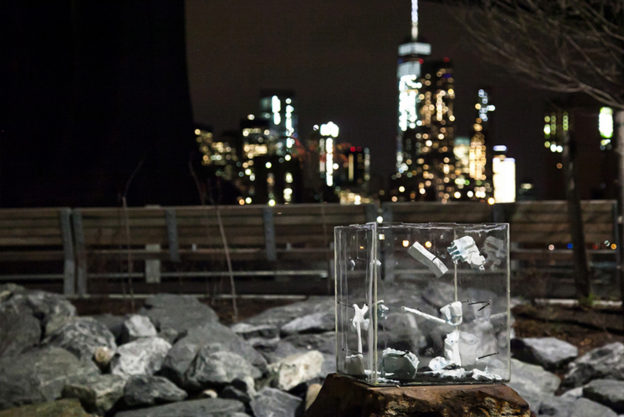 At Decadent Decay; an experimental 2 day dining event by Guerilla Science, I created Dreaming Specter, an interactive visual installation highlighting memory decay. Camera feed was significantly processed, manipulated, some parts preserved and some erased in real-time and projected inside a frame. Result was an ever-changing digital dream state that revealed patterns constructed through loose associations with physical bodies, abstracting their identities and meaning digitally. In this digital age, we are dissolving into networks and systems as they are dissolving into us, forming ephemeral, misrepresented identities that render us in a state of oblivion. 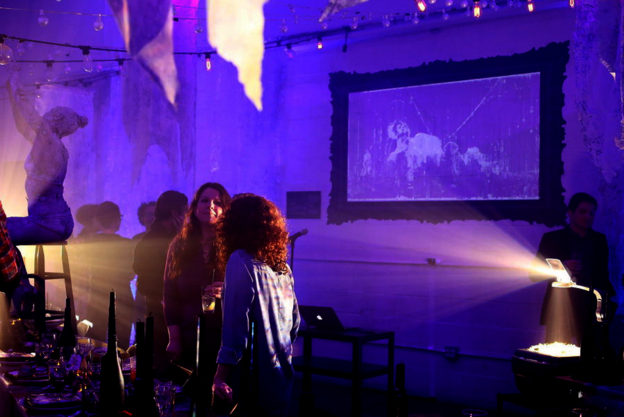 In a similar vein, Pieces, was a collaborative audio-visual experience inspired from echoic memory. I recorded certain words spoken in several languages. These were then deconstructed serving as sounds that could be played in a shared virtual environment. The installation was a gamified, generative experience of making audio-visuals in mixed reality. 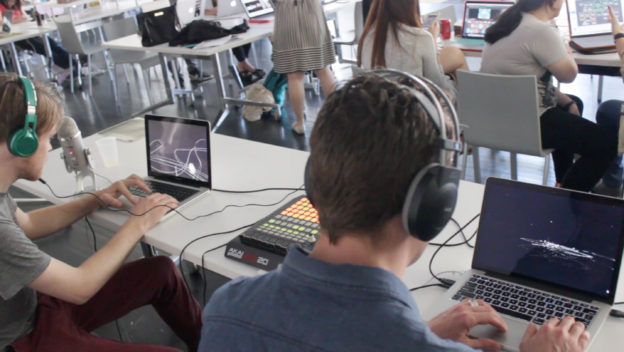 Another multi-sensory experience was Zai , a theatrical performance exploring the seven chakras through music, dance, color and visuals at University Settlement Society of New York. Several sensory tropes were used in their permutations and combinations to explore meditation. Visuals were improvised and performed in real-time by me. 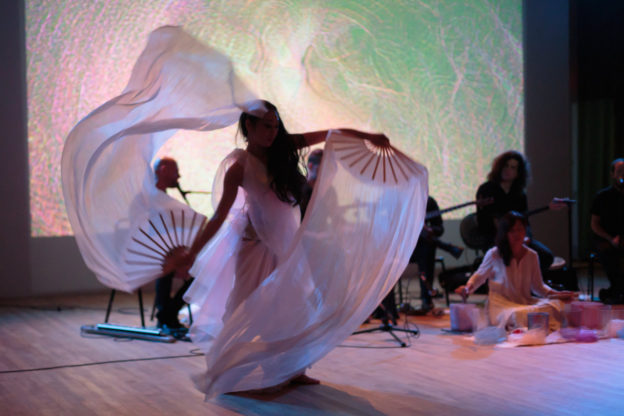 Thinking about meditation and consciousness, Imaginary Numbers was an audio-visual piece I made inspired by concepts of quantum mechanics and neuroscience of free will. Both domains of thought invigorate space for believing in complexities and mysteriousness of our reality, extra-ordinary scope for probabilities and perspectives, at different scales of observation and simultaneity, altogether raising questions, on choice, boundary and freedom. A space that lends towards creativity, innovation, openness, intellectual adventures and meta-cognition. 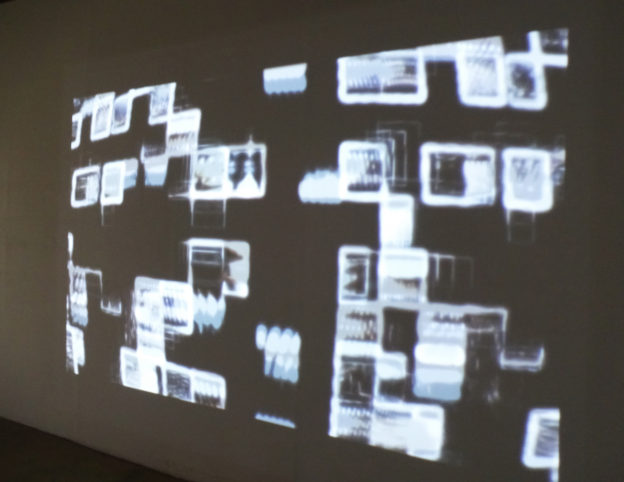 Cross cultural perspectives play an important role in shaping and influencing behaviors. Thinking about scale, dimensions, chronology and movement, I created Reinterpretations , an interactive audio-visual album and performance with an abstract philosophical narrative around dialectical breakdown of the process of reinterpretation.

All images copyright and courtesy of Udit Mahajan

Udit Mahajan is an experience-interaction designer, creative technologist and new media artist based in New York, with a background in electrical engineering from India. He is interested in the use of design and technology for multi-modal digital and physical interactions, narratives, experiences and interfaces. He graduated from MFA Design and Technology program at Parsons School of Design in May 2016 and since, has been working as Experience Designer at AV&C , teaching at Parsons School of Design and Learning Community Charter School , and involved in select projects with creative groups, labs and friends around the world. View all posts with Udit Mahajan →