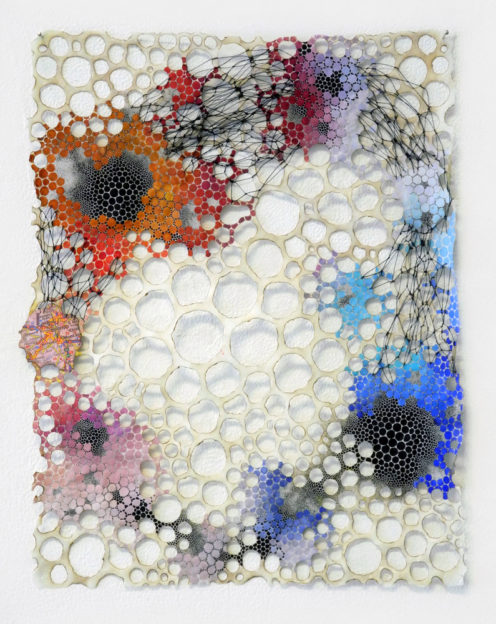 My art develops out of a compendium of ideas from science, metaphysics and Buddhist philosophy as well as my own musings. I merge, layer, overlap, and otherwise condense imagery into a singular essence, the circle. Connecting the microscopic to the universe, the circle represents a particle, neurotransmitter and an Enso, which is a sacred symbol of Zen Buddhism, embodying perfection and infinity. I’m attracted to the circle’s mystical iconography as well as its paradox of imperfection and reinterpret the circle in both positive and negative space, as a shared language uniting physical to mental. As my primary means of communication, I expand the circle’s vocabulary through architecture and color, imbue it with meaning as well as encrypt it to obfuscate comprehension. 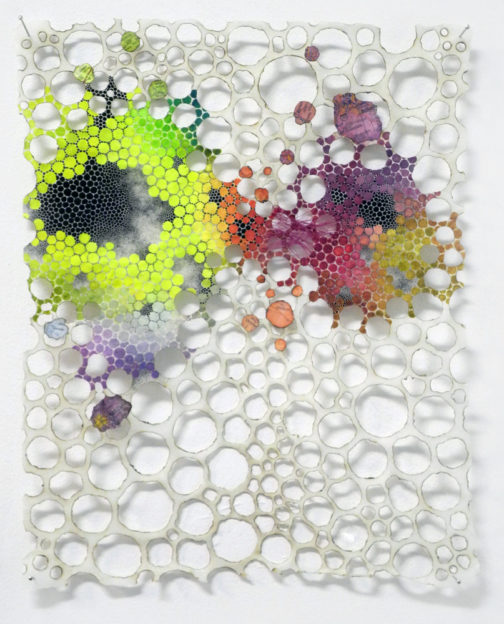 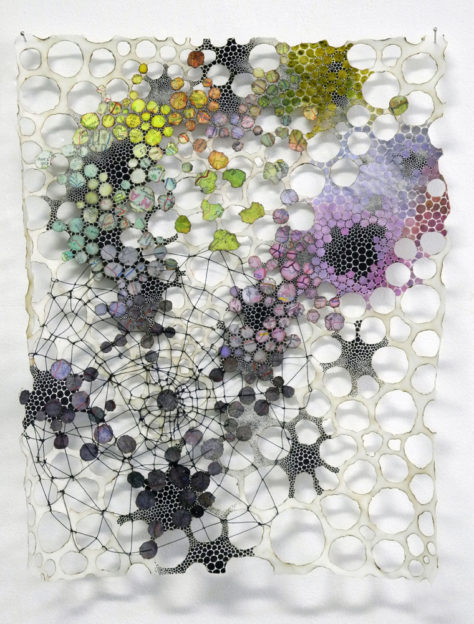 Having spoken at length about the general creation of my work in Interalia’s September 2015 issue, Connecting Rhythms, I am focusing on my Integration series in this issue. Compositions on paper record my interior monologues as encrypted data. I begin each work by burning holes in paper to produces space and volume, allowing forms to emerge within the lattice structure. It is a symbolic act of penetrating inward. Then I convert journal entries into color-encoded fields of dots. I work from a flow chart I developed that categorizes and assigns a Pantone reproducible color to each emotion. Evocative of the interplay between neurotransmitters and chemicals in the brain, the compositions consequently elude individual content to convey a universality of the mind’s operations. Burned holes, embedded map fragments, as well as linear elements indicate attachments and states of mind. 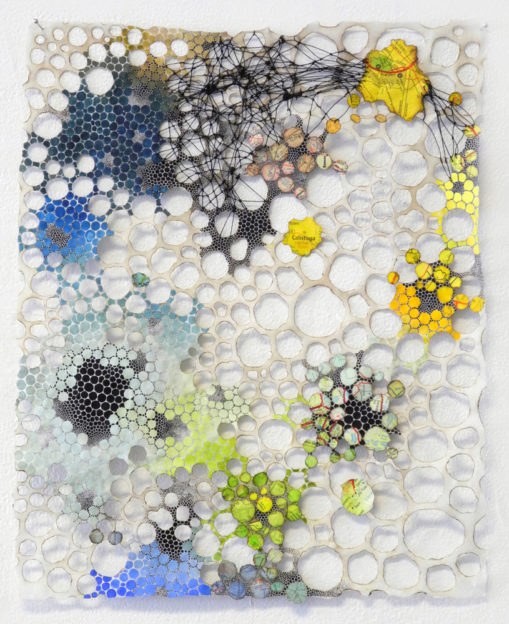 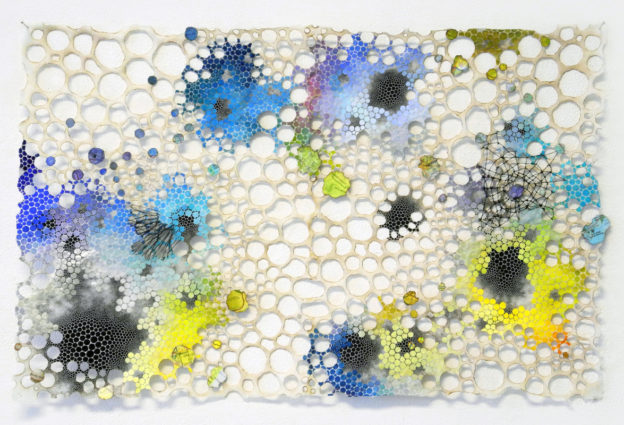 As a student of psychology, I learned that emotions are the patterns of meaning we find within ourselves. My intention with this work is to offer a glimpse into the ephemeral nature of the mind’s operations by translating meaning into pattern. But, with errors in color mixing as well as extemporaneous thought invasions, my system is flawed so the works ultimately are as much about inaccuracy and subjectivity as they are about documenting fleeting moments. 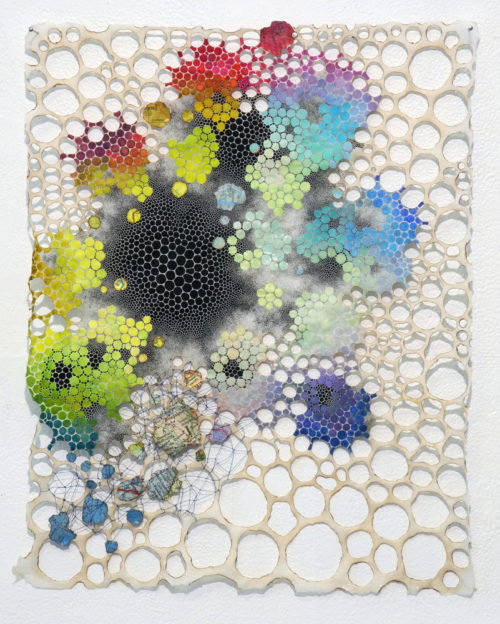 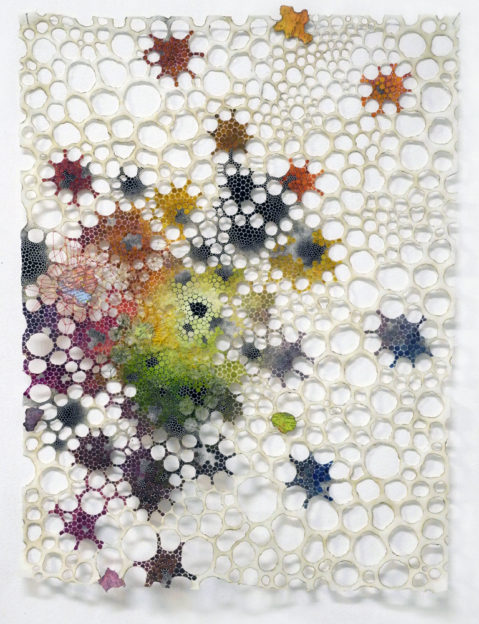 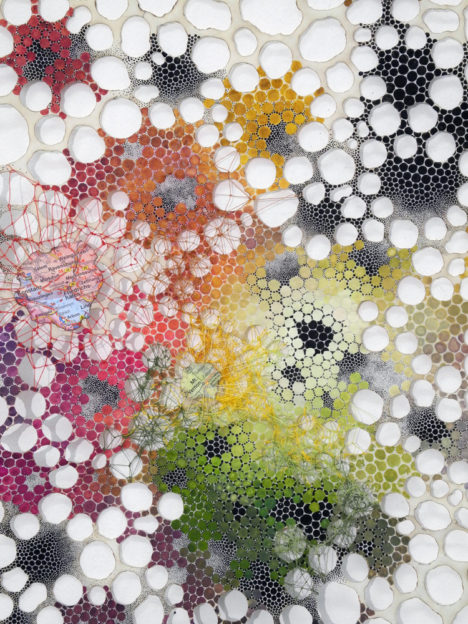 Another layer of my work considers what we think we see and know. In breaking up the solid, the image is redefined. So it is not just the circle, but also the space surrounding it and the matter between the holes, the interstice, that takes on significance. This integration of material and empty space articulates a transitional state fraught with uncertainty and contradiction as the entity is fractured into components. The act of viewing the image is to see the whole and constituent molecules simultaneously, which produces ambiguity as to whether the narrative is presenting formation or disintegration of the entity. 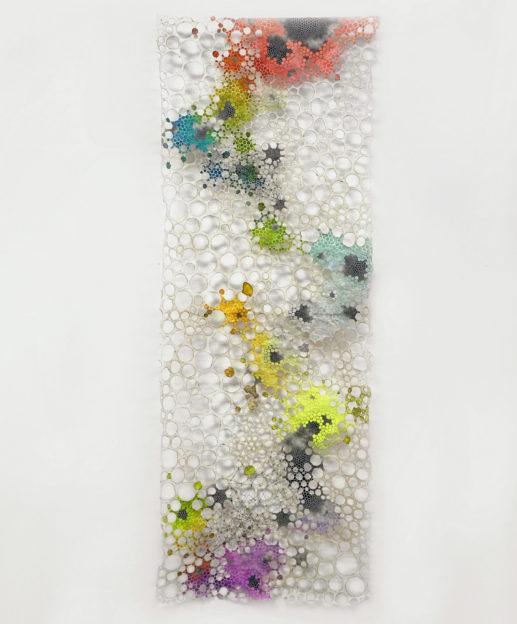 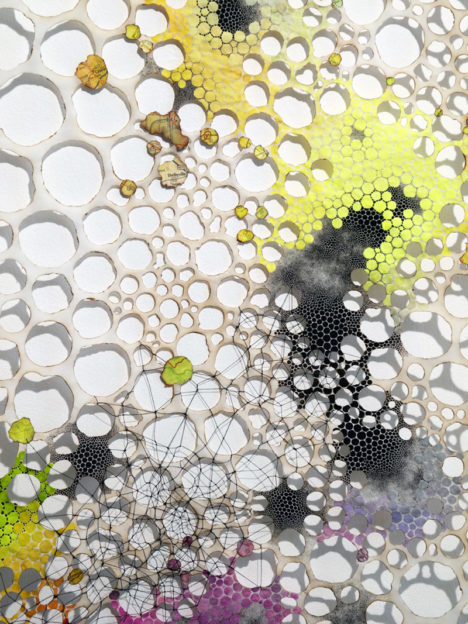 In making art about what you can’t see, as opposed to a perspective of the natural world, I like to think I create a physical presence for what cannot be perceived and bring beauty to internal processes. 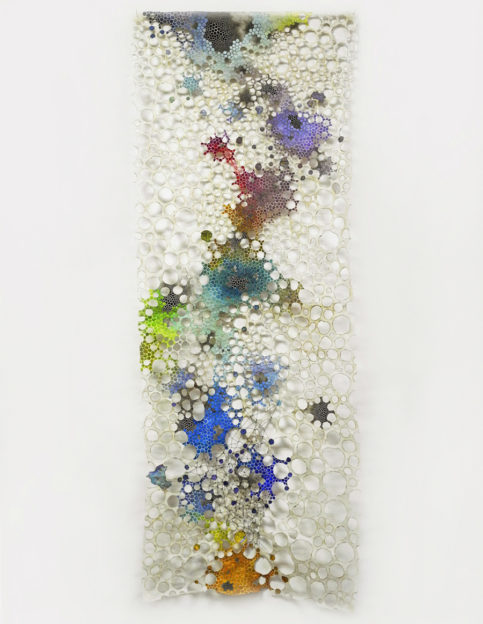 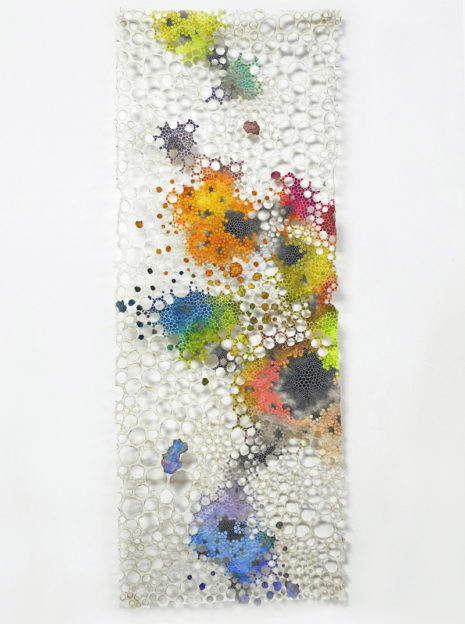 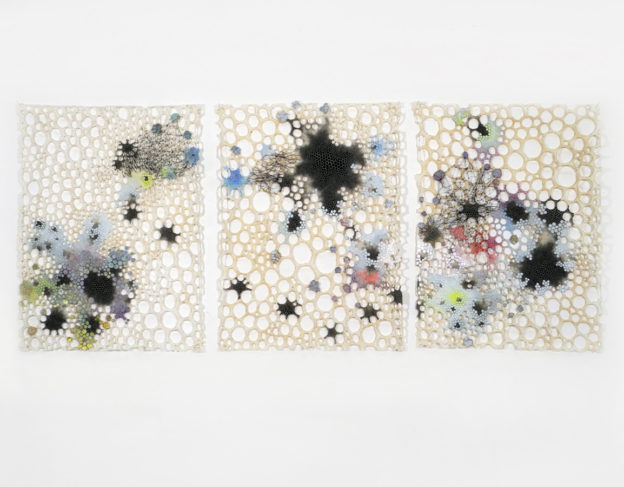 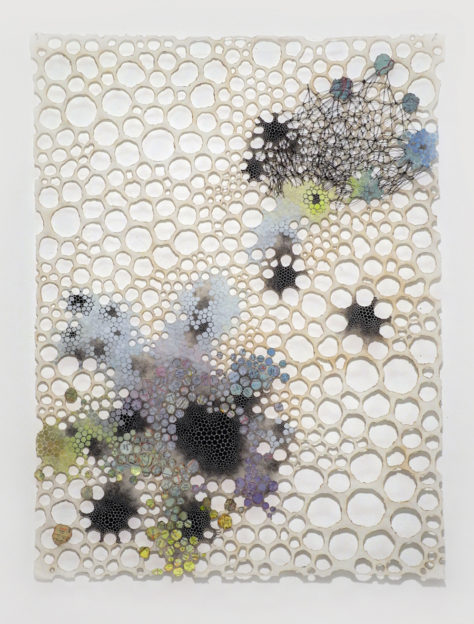 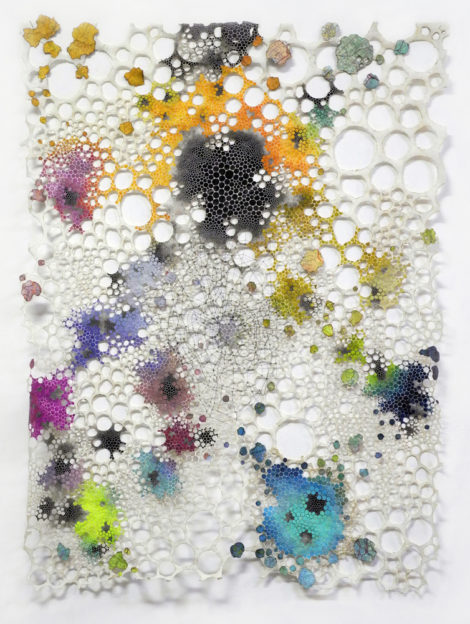 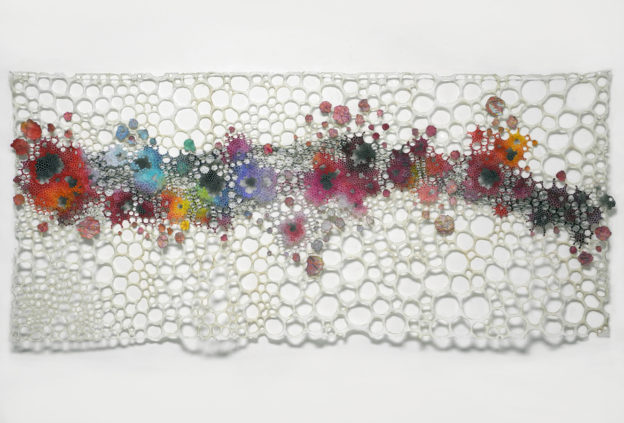 All images copyright and courtesy of Karen Margolis

Karen Margolis has an upcoming solo exhibition at Garis and Hahn, Los Angeles in 2018. Most recently her work has been included in the Paper Biennial at the Rijswijk Museum, Netherlands, Muriel Guepin Gallery, New York City, Bridgewater University, Massachusetts, Zurcher Salon in Paris, France, and in collaboration with M Missoni in New York City through Garis and Hahn. Selected group exhibitions include the Aldrich Museum of Contemporary Art, Hunterdon Art Museum, Weatherspoon Art Museum, K. Imperial Fine Art, Garis and Hahn, McKenzie Fine Art and Josee Bienvenu Gallery. Previous solo exhibitions include Rockland Center for the Arts, Slate Gallery, Dieu Donne and The Delaware Center for Contemporary Art. Margolis has been awarded a public art commission in New York City to be installed in 2018. She received a Pollock-Krasner Foundation Grant and a workspace residency at Dieu Donne Papermill. Margolis' work is represented in public and private collections and has been featured in international and domestic press, including articles in Womens Wear Daily, ROOMS 16: Superluminal, Inspirational Issue 4 and Interalia Magazine's September 2015 Issue. Her work has appeared on the cover of an Italian Fashion Publication, Zoomonfashiontrends. Margolis received a BS in Psychology from Colorado State University and a certificate in Microscopy from the New York Microscopical Society and currently resides in New York City. View all posts with Karen Margolis →