Computers are essential for the functioning of our society. Despite the incredible power of today’s computers, it is commonly acknowledged that computing technology is bound to progress beyond today’s conventional models.

I am interested in gaining a better understanding of the electronic properties of organisms in order to engineer novel bioelectronic systems and computing architectures based on biology. At ICCMR we have been focusing on harnessing communication with the unicellular slime mould Physarum polycephalum, henceforth referred to as P.polycephalum, to develop bio-memristors and build new computer music systems.

The memristor is a resistor that possesses memory. It is the new 4th fundamental electronic circuit element (the others are resistors, capacitors and inductors), theorized in the early 1970s but not tested until 2008. This extraordinary new component is paving the way for the design of new kinds of computing systems; e.g., computers that would relinquish the distinction between storage and a central processing unit (or CPU). There have been a few initiatives recently at making memristors in silicon for research purposes, but they have not been employed on an industrial scale yet.

Raw materials to build electronic components drive the global economy but the electronics industry’s negative impact on the environment is a matter of serious concern. In contrast to the more common approach of developing memristors in silicon, ICCMR’s ambition is to develop organic memristors, using materials that can be grown and then organically disposed rather than mined and then littered. Key advantages of using P.polycephalum to build bio-memristors include its self-healing abilities, energy efficiency and low impact on the environment.

P.polycephalum (Fig.1a) is emerging as an affordable and tractable biological model to develop bio-memristors: it is non-pathogenic, economical and easy to culture. As it grows along gradients of stimuli, it develops a network of protoplasmic filaments that rhythmically contract and expand, producing shuttle streaming of intracellular contents. The ability to establish efficient ways to communicate with it and control its growth has underpinned the early stages of research into building P.polycephalum-based machines to realize tasks deemed as computational. Significantly, it has been demonstrated that P.polycephalum displays learning behaviour with characteristics of a memristor, which enabled the ICCMR team to follow up with the development of a proof-of-concept P.polycephalum bio-memristor (Fig.1b). Subsequently, we used our bio-memristor to build an interactive music system, which listens to notes played on a piano and produces musical responses in real-time. The system translates the performance of a pianist into a discretized AC voltage waveform, which is relayed through the protoplasmic tubes of the P.polycephalum bio-memristors. At each voltage step, instantaneous resistance measurements are taken which are converted into musical notes. 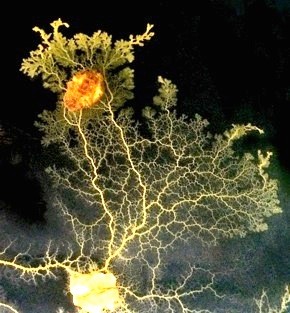 Fig.1: (a) P.polycephalum cultured on a Petri dish. 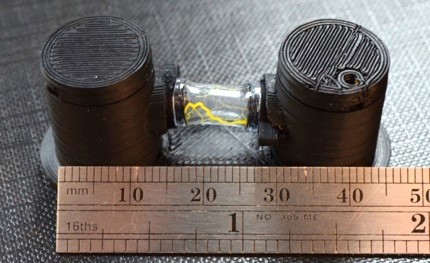 A recording of the world-premiere of the unprecedented composition Biocomputer Rhythms, exploring musical interactions with ICCMR’s P.polycephalum-based interactive music system –

“I would like to thank my former PhD student, Edward Braund, for his valuable contributions to this research” – Eduardo Miranda

I am a composer working at the crossroads of music and science. I have composed music for symphonic orchestras, chamber groups, solo instruments - with and without live electronics - and electroacoustic music. In addition to concert music, I have composed for theatre and contemporary dance. My music has been featured at festivals and concerts worldwide, by renowned performers and ensembles, including Bergersen String Quartet (London), Hausmann Quartet (San Diego), Leo String Quartet (from the City of Birmingham Symphony Orchestra), Sond'Ar-te Electric Ensemble (Portugal), Chamber Group of Scotland, Scottish Chamber Orchestra, BBC Concert Orchestra and Ten Tors Orchestra. The recording of Mind Pieces (for orchestra, percussion and prepared piano), and an accompanying e-book have recently been published by Intelligent Arts, in the USA. The e-book is available now from Amazon and Apple, and the recording of the symphony is freely available for listening on-line through Intelligent Arts’ website. View all posts with Eduardo Miranda →