This is an interdisciplinary research that explores the potential relation of ants and other insects to mimicry in games and culture, building on non-humanist approaches which arise predominantly from the discourses of Roger Caillois. By combining biological mimicry with a phenomenological discourse about games, I will connect ants’ behavior with emergent manifestations in games and to the metaphor of wearing masks in humans. Ants are team players, whose collective strength and ecological domination is based on self-organization, cooperation and being a model organization for other species. Ants have been a successful evolutionary model mimicked by certain insects as well as by decentralized technology, particularly for the design of non-player characters and dynamic game simulations.

My approach is founded on the following core realizations: a) socialization is part of play and play is part of socialization; b) the core of role-playing games is to explore sociality in disguise in imaginary worlds that can be designed by rules and limitations, but which could also emerge by means of self-organization; c) mimicry, anarchic forms of play and emergence are natural manifestations of living systems, which are also found in technological systems.

Ants’ social behavior is a form of emergent game play in relation to social evolution and ecological media. This view allows a different approach to discourse technology. The technological network, as emphasized by Jussi Parikka, can be perceived as a manifestation of non-human forces.[1] These share common properties with the selforganization of ants. From this, I infer that the emergence of resilient networks in the ant colony, e.g., the relationships with parasites and other initially unwanted guests, resembles decentralized technological networks, particularly bottom-up networks of the Internet.[2] Thus, networks, specially community-driven and decentralized networks in games, are a determinant force for shaping a different future in video game culture.

Figure 1 – Playing with ants & other insects, installation by Kuai Shen, November 2012. Exhibition at the Museum of Science and Technology in Beijing, China, as part of the 3rd Art and Science International Exhibition And Symposium organized by Tsinghua University. Photography by Kuai Shen.

Ants and other urban insect companions share the same environment with us, whether we like it or not. Therefore, insects incontestably play an important role in the creation of new ecosystems and the transformations of old ones. They participate in the construction and mutation of a post-human ecology, whose future lies in the transdisciplinary communication between artifacts and organisms. To this extent, this here is a manifest to expand the portals of perception in order to relate insects to video games and inspire in future generations the creation of games not for humans, but for insects.

In order to embrace the context of this research we will focus on play as a key for social learning in other living species. I will discourse the forms of play classified by Roger Caillois: anarchic gameplay, or paidia, and mimicry. Additionally, I will also include emergent forms of play, sociobiology, post-humanism, intersubjectivity and the works of Jakob von Uexküll on insect perception and biosemiotics.

Caillois defined two manifestations of play in humans which I expand to my ant research. The first one is paidia which means to play without rules, also addressed as anarchic gameplay.[3] The second is mimicry which describes the experience of assuming other roles while playing a temporary game of make-believe. [4] Furthermore, Caillois appointed ludus as the act of playing by the rules, which I consider relevant when analyzing the human experience of assuming other identities in limited gaming environments, like roleplay and multi-player fantasy games.[5] By these means, the intention is to revitalize Caillois’ identification of mimicry and paidia as indispensable in order to perceive insects as agents of affection, which can be related to the act of play concerning transformation rituals. To this extent, mimicry will be discussed as a system where one subject assumes another identity to deceive another subject or to achieve a goal in a temporary realm of make-believe.

It is important to acknowledge that role-playing games provide experiences of make-believe; they become temporary escapes of reality. Particularly, intersubjectivity seems essential to understand the concept of interspecies interaction and assuming the role of being someone else, i.e., the wearing of masks in rituals. It is also important to indicate that games nowadays are increasingly becoming more socially challenging. Therefore, ants’ complex social organization represents a fascinating research subject which needs to be examined in order to challenge conventions and raise awareness regarding the meaning of control.

The 3 portals into the techno-culture of ants

The social life of insects, especially of ants, has inspired humankind over centuries.[8] Ants have impacted human perceptions since the very start of the empirical observation and recording of exotic nature in the rainforests of the new world tropics.[9] In this regard, myrmecologists Hölldobler & Wilson explain, “ants illustrate how the division of labor can be crafted with flexible behavior programs to achieve an optimal efficiency of a working group.” [10] Furthermore, they state, “their networks of cooperating individuals have suggested new designs in computers and shed light on how neurons of the brain might interact in the creation of mind.” [11]

Continually we are programming algorithms into non-player characters, digital simulations and swarming phenomena. The ant colony optimization programs and emergent gameplay are deeply integrated in the digital simulations and video games we play to the extent we do not notice them anymore. They have become to my opinion insect avatars, i. e., manifestations of non-human forces in technological topologies.[12] Hence, that complexity between ants social nature and role playing games in humans is initially concealed; it has to be revealed by crossing symbolic portals. By crossing the 3 portals I will reveal the cultural, scientific and natural impact of ants in our playful visionary society: the alien portal, the network portal and the material portal.

The human mind has seen in ants something oddly similar to us, yet bizarre and irrational to our comprehension. If we start by defining the physical appearance of an ant, we immediately realize how strange they are to us: exoskeleton, six legs, two antennae, razorsharp mandibles, diverse glands to produce pheromones and a painful sting that can produce a 24-hour fever in humans, as in the case of Paraponera clavata, or the giant bullet ant. The bullet ant is the star of the sci-fi film Empire of the ants, a b-horror movie from the late seventies depicting mutant ants that kill humans. In fact, the film is a slandered version of the original short story by H.G. Wells, which demonstrates the use of ants as aliens in science fiction.[14] The plot of the original story narrates the conflicts of an English colony trying to control an ant plague in a remote location of the Brazilian rainforests, a metaphor of the historical events that actually occurred during the imperial colonization.[15] 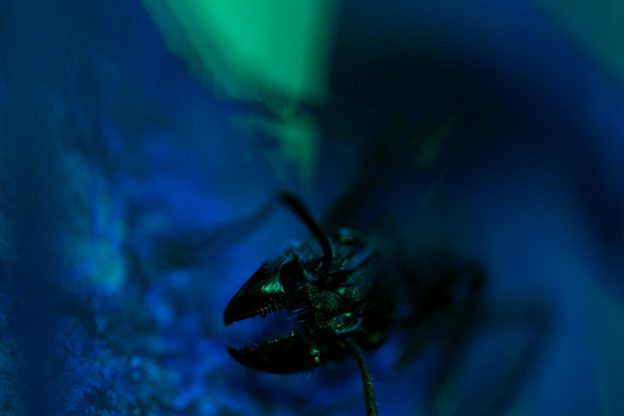 Figure 3 – Paraponera clavata, Kuai Shen, January 2013. Photograph taken by the author in the Yasuní near the research station of the Pontíficia Universidad Católica del Ecuador.

In general, the human is perplexed and finds difficult to acknowledge ants as social beings. The anthropological connotations that arise when we confront ants are reasserted by Charlotte Sleigh in her analysis about the impact of ants:

“There was a trend towards representing ants as increasingly alien in the first half of the twentieth century. Today we remain torn between an admiration for their ways and an anxiety that their lack of individuality parodies our own helplessness in society.“ [16]

To this extent, the term ‚alien’ refers to all forms of invasion which transgress human autonomy and ridicule our efficiency of central organization. However, we need to avoid anthropomorphisms and concentrate on the fact that ants do not need to acquire human size in order to really disturb our habitats and contest our domination of the planet. Today the world’s greatest invasion extending thousands of kilometers is that of Linepithema humile, the Argentinian ant in the Mediterranean coast.[17] Likewise, the invasion of the fire ants, Solenopsis invicta, which have conquered United States and Australia, requires millions of dollars per year in extermination methods and pesticides.[18]

Tropical insects which manage to infest other ecologies and displace native species are regarded as invasive pests and represent vectors for disease transmission. Throughout history humans have been in permanent conflict with that kind of insects. As suggested by Sleigh, insects like the Tsetse fly, bearer of the sleeping disease, the Anopheles or Aedes mosquitos, carriers of Malaria and Yellow Fever, and the infamous Xenopsylla cheopsis flea, responsible for the Black Death in the 14th century, were all terrible enemies of any colonization campaign and human settlement.[19] Even today in our post-biological times they poses a lessened threat, somewhat contained but still uncontrollable.

Yet again Sleigh indicates that it was not only flies and fleas, but the army ants who marched in front of the impotent gaze of the dying and the sick as a demonstration of the indomitable power of tropical nature:

“Thus ants were constructed as a projection of fears clustered around colonial themes. The sheer numbers of insects appalled the white man; they created in him a sense of being overwhelmed, connecting with his sense of isolation amongst his other-coloured human neighbors.“ [20]

Human creativity has been inspired by the conflict with insects and we have fantasized with the creation of alien forms that could bizarrely haunt our imagination serving as opponents that perpetually invoke fear and rejection. This is demonstrated by the role ants and other insects have played in the form of avatars and digital representations in video games.

Kuai Shen is a naturalist and ant lover. His hybrid installations explore the interspecies relationships in the natural/artificial continuum inspired by ants and by the subjective intertwining of parasites, microorganisms and viruses. He holds a BA in digital arts from University San Francisco de Quito, an MA in media arts from the Academy of Media Arts Cologne, and an MA in Game Design and Development from the University of Applied Sciences Cologne. His artistic research about ants has been published by the University of Colorado in the book “Biologically-Inspired Computing for the Arts” of 2010, in the Leonardo MIT Journal for the Siggraph 2011, as well as in the Acoustic Space Journal for the 5th Renew Media Art Histories conference in 2013. His work has been showcased in William Myers’ book, “Bio Art: Altered Realities”, published by Thames & Hudson London in 2015. In 2013 he received a honorary mention in hybrid art at Prix Ars Electronica and was also awarded the same year with the Edith-Russ Haus Medienkunstpreis. In 2014 he obtained the Cynetart Förderpreis der Sächsischen Kunstministerin for his research and installation “Playing with ants & other insects”. In 2016 he won the Bridge Art and Science Stipend from the Intermedia department at Michigan State University, where he is developing a new project based on the antibiotics of ants. http://kuaishen.tv/ View all posts with Kuai Shen →