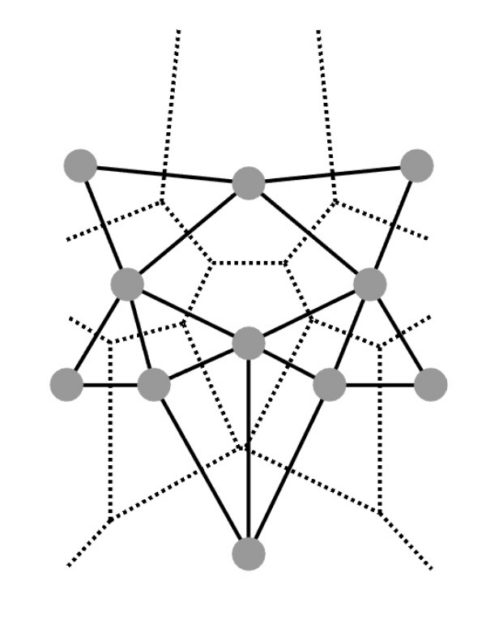 Almost 60 years ago, Eugene Wigner wrote an essay that still shapes how many scientists see mathematics. In ‘The Unreasonable Effectiveness of Mathematics in the Natural Sciences’, Wigner argued that advances made by mathematicians are motivated by a desire to “demonstrate ingenuity and [a] sense of formal beauty”. Complex numbers arose, not because physicists demanded them to describe waves or quantum physics, but because 16th century mathematicians were looking for elegant solutions for the roots of polynomials. The applications of complex numbers, and many other parts of mathematics, came well after the theoretical development. And it was this that Wigner found ‘unreasonably effective’ and even mysterious: the rules of physics were already written in mathematics.

Wigner’s amazement at the effectiveness of mathematics was not new. It dates back to Plato’s shadows in a cave. Nor is it the final word on the subject. Max Tegmark’s book ‘Our Mathematical Universe’ gives a wonderful personal account of how his own adventures on the border between physics and maths have persuaded him there must be a small set of equations that govern the entire Universe. Popular science expositions of mathematics often focus on the symmetries paralleled by Nature and the remarkable fact that a single equation can explain so many different phenomena. These accounts place great importance on the beauty of mathematics. Maths simplifies, maths clarifies and maths captures complexity.

Even before I started writing a book about maths and football, I knew that the effectiveness of and beautiful simplicity of mathematics would come in very handy. After all, football is the beautiful game, making it the natural partner for the science of beauty.

And as I progressed in writing, what later became Soccermatics, there was ample evidence of effectiveness. Goals are Poisson distributed, Voronoi diagrams can be used to show how players create and narrow down space, shots are described by Newton’s equations, vector fields can display player’s passing patterns, tactics are captured by game theory, co-operation involves a team becoming more than the sum of their parts and the centrality of passing networks determine a team’s success. I ‘discovered’ all of this mathematics in football, and even used statistics to make a few quid through gambling.

But my success in modelling football made me think more critically about why maths is effective. Maths works, but is it unreasonably effective like Wigner claims?

To answer this question its important to think about how we applied mathematicians’ work and the times that maths doesn’t work out. During the writing of the book I had lots of ideas about how maths could be used in football.  Not all of these were good ideas. For example, I wrote a long section about how the strategy would change as the number of points awarded for a win in league football went to infinity. I calculated minimum spanning trees on formations, which gave nice pictures but didn’t relate to the style of play of the teams. These ideas and many more had to be abandoned because, while they were fun mathematically, they didn’t make footballing sense.

The requirement for realism became even more important when I started discussing my ideas with analysts at with the analysts at football clubs. Premier League teams are interested in using data and models in their match analysis and many of them employ their own mathematicians. But talking to them, I soon found out that the conditions for what made a good model were very strict.

“Managers and coaches are inquisitive people”, one Premier League analyst told me. “If you put something in front of them, be it a passing network or a Voronoi diagram, they nearly always take an interest. But they are also short on time, so the next thing they ask is ‘so what?’”

The ‘so what’ question is partly about the managers need to win matches, but it is also about the insistence that models make footballing sense. I recently had a discussion with Toronto FC analyst Devin Pleuler about whether node centrality or eigenvector centrality were the best way to assess if a team is overly dependent on one particular player.  This is the type of technical question—where mathematical properties and footballing properties are so intertwined that there is no way of separating them—which defies the view of mathematics as elegant. It is all about getting in to the dirty details, instead of admiring beauty.

We can’t say, as Wigner did about physics, that the rules of football are written in mathematics. The rules of winning the game are a mixture of logic and hard earned experience.

When I think more widely about the research I did previous to Soccermatics, applying maths to model social behaviour of animals and humans, I have always been challenged by my collaborators by the ‘so what’ question. I learnt about the topology of a torus by discussing blind angles in fish with collective behaviour specialist Iain Couzin. I better understood bifurcations in differential equations by working with Oxford biologist Dora Biro on pigeon navigation. And I understood the limitations of agent-based models working on ant migrations together with Stephen Pratt. In each project, I understood how to model a system by working closely together with these collaborators, rather than applying my own abstract mathematical idea to their problem. This is very different from the cold, abstract view taken by Wigner or Tegmark.

The fact that non-mathematicians can produce sharp and correct criticism of an applied mathematician’s work shows us that the success of mathematics does not rest on its abstract beauty. The ability of researchers not versed in the subtleties of mathematics to help develop models contradicts Wigner’s ‘unreasonable effectiveness’ argument. It tells us that people not trained in mathematics are also able to give deep insights to the subject. Mathematics is not there to be discovered, it is part of the patterns of reasoning in all of our brains.

The more I collaborate and work together with other scientists (and football analysts) the more I realise that maths is, in fact, reasonably effective. It gives us a slight edge in our thinking that allows us to better understand biology and maybe to win a few more football matches.

For me, mathematics does not contain a “supreme beauty, cold and austere” as a young(ish) Bertrand Russell put it, in a quote used at the start of Wigner’s article. Instead, I think of a mathematics that when held warm and near to its applications can help generate new ways of thinking.

The philosopher A.J. Ayer had a term for statements like Russell’s and Wigner’s. He called them nonsense.  This may sound derogatory, but Ayer was careful to define what he meant by nonsense. Nonsense statements are not based on information that we have direct access to via our senses: they come from non-sense data. Wigner freely admits that his idea about maths comes from a feeling that can’t be verified by known scientific methods. This is non-sense and there is no way of verifying it. Later in his life Russell, whose own philosophical position was close to Ayers, would probably have been happy to admit that the “cold and austere” statement was nonsense.

When I wrote about football and maths, I included a lot of nonsense. Nonsense is important to us all. Tens of thousands of fans crowding in to a ground to cheer on their team or sing abuse at the opposition is nonsense. The things we say when we see an amazing goal on TV or when our team reaches the World Cup final are usually nonsense. The feeling a pure mathematician gets when she puts together the pieces of a mathematical puzzle is nonsense. And all of the articles that are written and read about the beauty of mathematics are largely made up of nonsense.

Indeed, the whole of the last paragraph is nonsense. But that doesn’t mean it wasn’t worth writing. And although Wigner is wrong, I know exactly what he means.

David Sumpter is professor of applied mathematics at Uppsala University. His most recent book Soccermatics, takes a new look at the world's most popular game. He shows how probability, geometry, statistics, game theory and dynamical systems all give new insight in to how football is played. David's books draw both from his own scientific research, which explains how animal and human groups work together, and from a desire to understand and communicate about how maths can be used in different contexts. In the academia, David is author of the book ‘Collective Animal Behaviour’ and a leading researcher in the field of modelling group behaviour. He has published around 100 articles in leading scientific journals, including Science, Proceedings of the National Academy of Sciences, and the Royal Society journals. He has co-authored work with scientists from every continent of the world, apart from Antarctica. David speaks regularly at book and science festivals, has given Google and TEDx talks. He has written for the Economist, FourFourTwo magazine, The Daily Telegraph, The Big Issue and many other publications. You can follow him on Twitter @Soccermatics. He lives in Sweden with his wife and two children. In his spare time, he trains his son's football team Upsala IF 2005. View all posts with David Sumpter →