What good is art in a time of crisis? Save perhaps for our cave-dwelling forefolk, for whom art may have been invoked as a protection against mortal danger, the question has probably been around for as long as there have been human calamities. My first deep descent into it came after 911, when images of the towers falling rearranged the architecture of the collective psyche. It was as if reality itself had been stretched to new capacity, and in this warped and wounded new real art seemed utterly superfluous. Over time I recovered my sense of purpose as an artist, but the sting of its absence never fully left me. For the deeper question that that crisis laid bare is one that vexes even in normal times: with so much of practical value one can do in a suffering world, can art – does art – really matter?

I can’t say I arrived at an entirely satisfying answer back then, but if I had it would have been different from the one I’m entertaining today. For here we are again inside another historic rupture – this one less telegenic, perhaps, but no less soul-shifting. Only now the question has acquired a pointed specificity: with so much of the world moving online, why should we continue to make material things? Destined most likely for the insult of digitization – or for the worse insult of storage, where they languish unseen – the objects we bring into being with such devotion can take on a lonely heaviness, a new kind of homelessness in the world. Many artists have turned to digital art. Some have stopped making altogether. Indeed, with a pandemic and an ecological crisis and political mayhem raging, the times demand a robust – a concrete – answer to why art matters.

Curiously, but by no means incidentally, what I’ve come to see as the answer is contained within the very question. It’s the word ‘matter’ that I mean here, and to understand what I’m getting at we need to turn first to the social sciences. 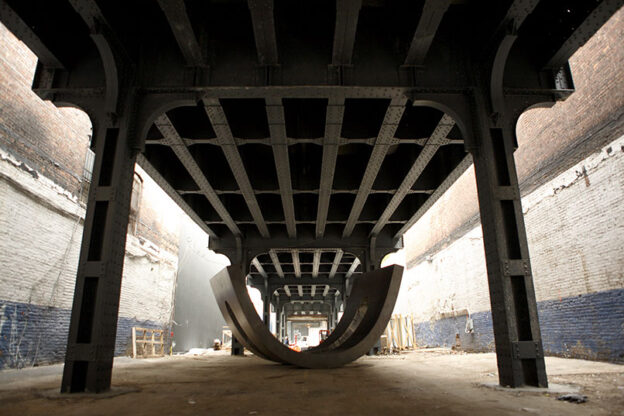 Proxemics is a word few still know, much less use, but back in the 1970s and ‘80s it was a formative presence in many fields following Edward T. Hall’s landmark book on the subject.[1] The word refers to the human use of space and its effects on our behavior, the idea being that how we live in, move through, and define the spaces around us profoundly shapes our experience of the world. At the center of proxemics is the reminder that we are animals and as such navigate the world primarily with our bodies – which is to say with an intelligence that, deeply situated in the earthly, is always in sensual contact with its surroundings. While Hall grounds his findings in studies of other animals (Why do lemmings jump off cliffs? Because they sense electrochemically that their numbers have become unsustainable), most of his work focuses on human-to-human spatial relations. Varying distances between bodies, varying quantities of bodies occupying space at those distances: all transmit distinct patterns of information that alter the internal rhythms of the bodies involved. Sensory in nature, much of what gets transmitted are affective states (we literally internalize others’ emotions by way of olfaction), but patterns of thought, patterns of consciousness, travel too, emanating from body language, vocal rhythms, subtle changes in thermal states emitted by our skin. Rather like the underground mycelial network by which trees communicate with and nourish each other, it turns out that our bodies are engaged in constant conversation while our minds, busy shuffling abstractions, entertain their illusory solitude up in the clouds. 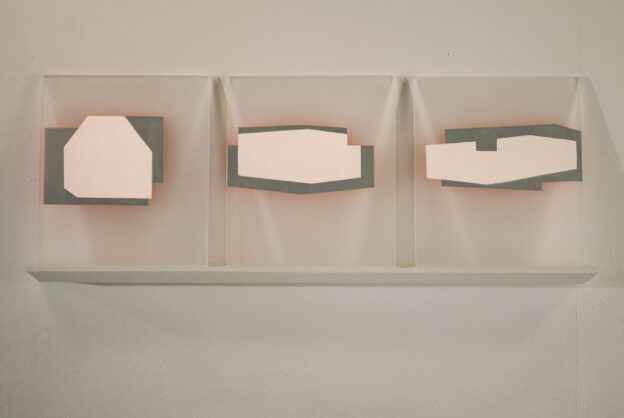 So what does any of this have to do with art, you may be wondering. The connection becomes clearer when we expand what can be meant by body. For just as living bodies actively influence other living bodies, so too are they in dialogue with the inanimate things that surround them. As art forms that explicitly give shape to space, architecture and design figure prominently in Hall’s work. The layout of a tenement building, the orientation of a desk chair, the placement of a window at the end of a corridor: every arrangement of space speaks to the bodies that move through it, imprinting on them its distinct affective signature – for good or, of course, for ill.[†] We’ve all had the experience of hostile architecture – the low ceilings and acidic lighting, say, of a cheap motel – and of finding that our mood is accordingly fouled. What we’re less aware of, however, is the degree to which our everyday spatial experiences inform who we are, giving shape to our ideas about the world and ourselves. For just as the language of a culture influences the worldview of its people, so the structure of its built environment informs the structure of its consciousness. In all directions the human organism bends toward synchrony, unconsciously slipping into unison with the dynamics of its enveloping world.

And what, then, of paintings and drawings? If bodies in proximity and spatial arrangements so affect us, should the same not be the case with the things we call art objects? For art objects too are bodies in space, and ones whose rhythms are orchestrated for no reason other than to communicate. The implications of proxemics for art are profound. First, if most of our knowledge about the world comes to us sensorially – mycelially, we might say, under the radar – then we can surmise that it’s a work’s form rather than anything it signifies that penetrates us most deeply. And second (and crucially), it’s not just a thing’s form. It’s a work of art’s live – which is to say real time – material presence: its presence in space relative to all other bodies in the ever-shifting field that is the community of beings.

Taney Roniger is a visual artist, writer, and educator based in New York. Since the late 90s she has been exploring the relationship between art, science, and the spirituality of immanence in both her work as an artist and in numerous essays and symposia. Most recent among her larger projects was Strange Attractors: Art, Science, and the Question of Convergence, an online symposium co-organized with the CUE Art Foundation in conjunction with which she served as Guest Editor for the winter issue of The Brooklyn Rail. While the art-science nexus has been a particular concern, her greater vision is that of what E.O. Wilson called consilience: the unification of all domains of knowledge in the service of a common goal. She is currently involved in organizing a conference exploring art and ethical posthumanism. She holds an MFA from Yale University and a BFA from the School of Visual Arts in New York, where she has taught since 2007. View all posts with Taney Roniger →