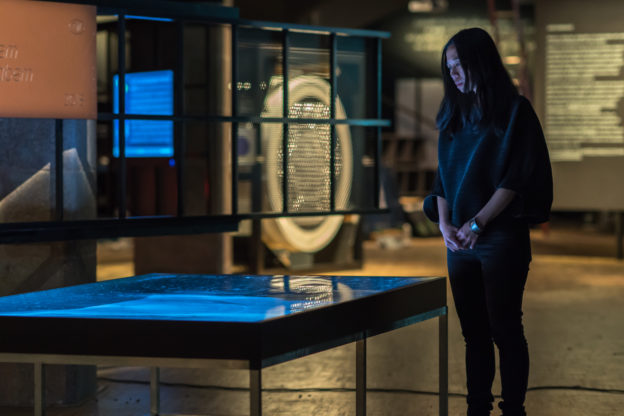 Yu-Chen Wang: I’m originally from Taiwan and I’ve lived and worked in the UK for quite some time… actually next week, it would be 19 years exactly. I was trained as a designer, specialising in visual communication. When I moved to London, by chance I went on to study art at Goldsmiths and I’ve worked as a practicing artist ever since.

Y-CW: One of the major influences is my life experience in and between Taiwan and the UK. For a long time, I try to understand Britain/Britishness – I treat it almost like an ongoing research project. I have travelled extensively and actively undertaken artist-in-residence in different regions as a way to explore local histories and meeting new people. In a way, I’m taking the opportunity to learn more about the country and trying to make up what I don’t know or I haven’t had a chance to experience previously.

Funny enough, I start to think there’s an urge for me to do similar things in Taiwan. Not only I feel like there’s a lot I need to catch up, but also to discover something completely different – because I’ve been away for so long, I would approach things quite differently now. Also with Taiwan’s colonial past and the dictatorship, only in recent years a lot of untold histories begin to merge and being talked about. It’s like getting to know Taiwan in a new way. 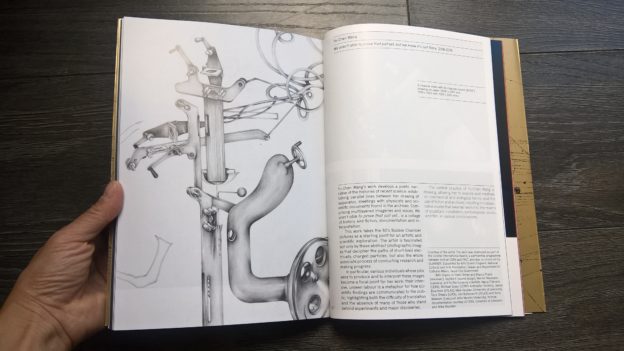 Quantum In Search of the Invisible catalogue, 2019 CCCB

Y-CW: I see my work very much focuses on research and process, experience and relationship. There’s a particular way for developing my work, which often involves a period of time spent in a specific place. I would then undertake extensive research the contextual histories and engage with a group of locally-based people or specialists who would assist my research. Two major components I’d like to explore generally: the archives and archaeology, which form the main source of inspiration for developing my work.

I have spent a lot of time in various archives going through documents, photos and footage. Often I find myself working like a historian trying to interpret documentations – it’s a form of storytelling. I am fascinated by the archival materials, as they are of the past, from another period of time, not now not my time, someone else’s memory… often in this context, the use of technology for documentation becomes particularly interesting.

Sometimes I think I work like an archaeologist exploring various heritage sites (historic landmarks, abandoned places, ruins or sites for regeneration projects…) and objects (remains in historic sites, artifacts in the museum collections, at abandoned places or junk yards…). Not necessary taking part in physical digging or excavations, but I would look for tangible evidence to further expand the missing narratives from interpreting archives.

Often I would engage with a group of people helping with my research. They’re the catalysts for me to connect to places and to unfold stories. It is important to form a relationship with the group; through repeated meetings, a lot of rich materials would naturally come out, they’re original and potentially very inspirational. I guess that’s a very important part of my practice – knowledge exchange. Through this exchange, a new network is formed for connecting people and places and telling (new) stories – that’s how I make work. 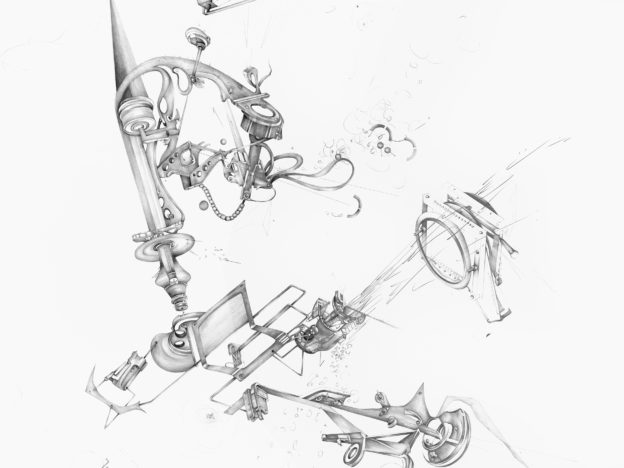 RB: Drawing is central to your practice. How would you define your approach to drawing and its process?

Y-CW: For me, making drawing is very much about the process, various acts of accumulating, rendering, processing and reflecting. Before I make drawings, I collect a lot of images related to whatever project I’m working on, often from the archives, sometimes from my own camera. I don’t make sketches or preparatory drawings – I would just draw as if the pencil lines organically growing and spraying out on the paper. I make drawings on the table, often some part of the paper is rolled up due to the limited studio space and the size of my table. In a way it’s problematic as I’m very close to the paper and I don’t get a chance to see the entire drawing until I finish the work or when the drawing is being exhibited in the gallery. It’s a deliberate decision, as I try to condition the way I work and in the hope of opening up something that is more intuitive and less controlled. 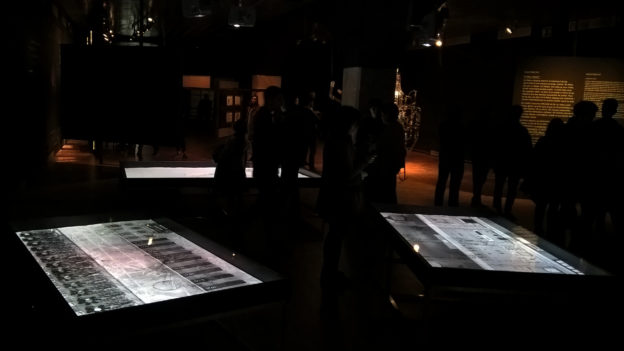 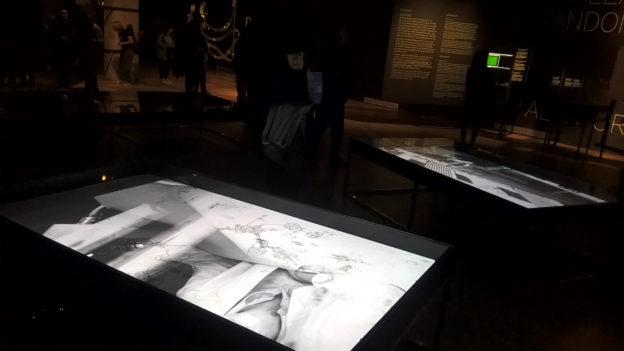 RB: Can you say something about your work We aren’t able to prove that just yet, but we know it’s out there?

Y-CW: As part of Collide International Awards (2016-18), a partnership between Arts at CERN and FACT, the piece is a direct response to my visit to CERN, conversations I had with physicists there and also the ones in Liverpool.

Inspired by 60’s Bubble Chamber experiment, my work develops a poetic narrative of the histories of recent science: establishing parallel lines between my drawing of apparatus, meetings with physicists and scientific documents found in the archives. Comprising multilayered imageries and voices, We aren’t able to prove that just yet… is a collage of history and fiction, documentation and interpretation.

Over the 2-year EU touring, the work is evolving and has been developed into multiple versions with different languages and spatial arrangements for each venue. The piece have been shown at FACT, Liverpool last year and is currently on show at CCCB, Barcelona and will later travel to iMAL, Brussels and le lieu unique, Nantes. https://arts.cern/artist/yu-chen-wang 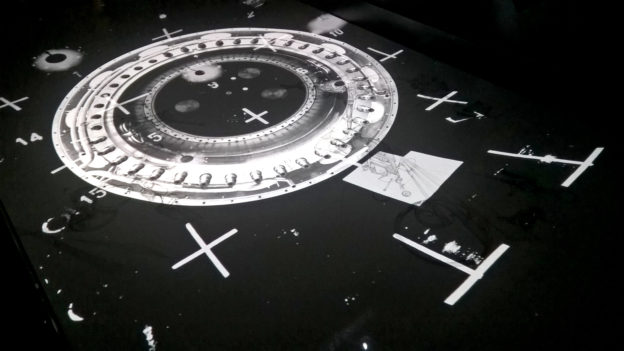 Yu-Chen Wang: We aren’t able to prove that just yet, but we know it’s out there? 2018-19 installation view at FACT

RB: You’re taking part in the Science Gallery, London exhibition ‘Dark Matter: 95% of the Universe is missing’. Can you say something about your involvement in this?

Y-CW: The experience of developing CERN-inspired project worked as a foundation for creating this new commission. I was very excited about further expanding what I was researching from quantum to cosmic, from particle physics to astrophysics, a more multi-disciplinary approach. https://london.sciencegallery.com/seasons/dark-matter/exhibition/theres-more-it-meets-eye 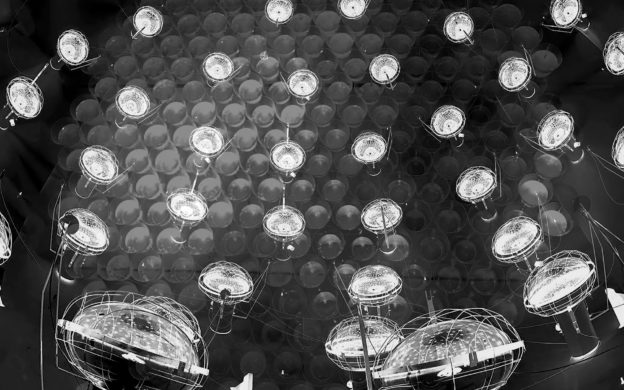 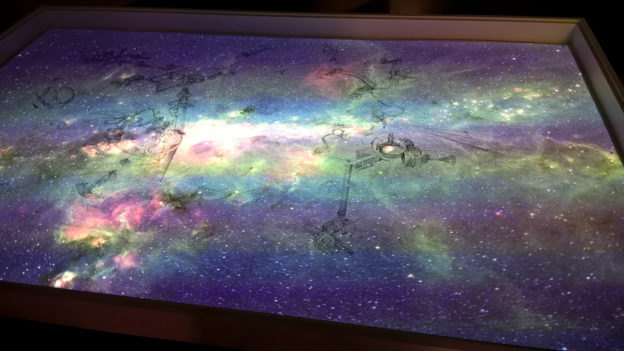 I also took part in a panel discussion together with the exhibition adviser and physicist Malcolm Fairbairn (who is also one of the scientists I have interviewed), philosopher Eleanor Knox, chaired by science presenter Helen Arney (also my collaborator, who has delivered the voice over for my piece). It was brilliant that the speakers are from very different fields and to have conversation about scientific truth and the limitation of human knowledge. When we don’t know how to answer the question, turning ourselves to thinking philosophical seems necessary and perhaps helpful. https://london.sciencegallery.com/events/dark-matter-void

Y-CW: I wrote the script using a first person’s voice as a reflection of my journey of exploring science – visiting labs, speaking to various physicists, investing scientific images and documentations. The voiceover is delivered by Helen Arney, whose performance was brilliant and humorous, absolutely animates my inner thoughts. Using wireless headphones with music and surround sound effect designed by Capitol K, I’m trying to create an intimate experience of one-to-one moment between the audience and my work. This way of storytelling also shows my approach to science: I almost become a researcher myself adapting certain scientific methods, collecting, analysing and trying to build new experiments and run tests in order to understand more and to make sense of everything. 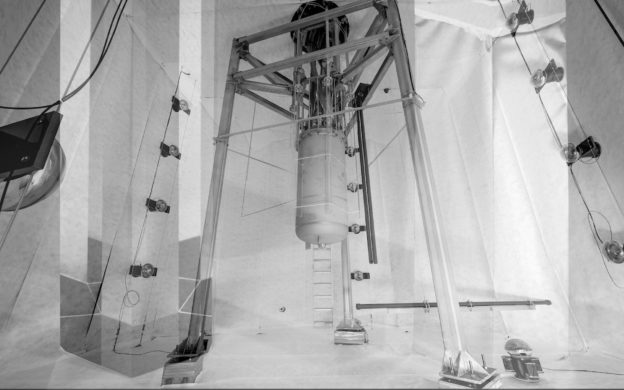 Y-CW: Both fields are about asking questions, exploring some unknown territories and looking for something new. These are places where no one has been to or no one knows how to get there. They definitely involve certain level of risk-taking and overcoming endless failures, and most importantly they need to be able to communicate, not just within the community, but to the general public.

In the case of art and physics, it’s interesting that both are trying to make the invisible visible and trying to see differently. 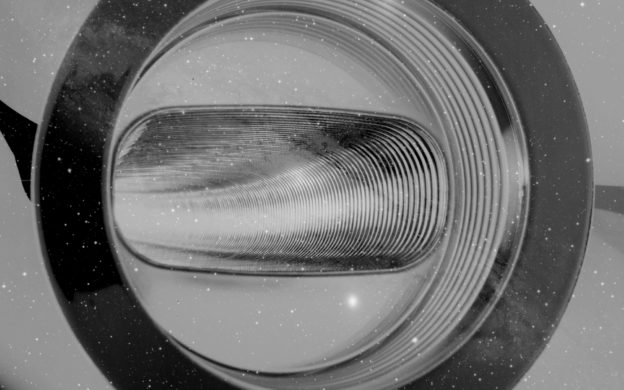 Y-CW: I’m continuing to develop the work for Collide International Awards’ touring programme. For the exhibition in Brussels, this evolving piece will have a new life and will be presented in response to the gallery space and local audiences.

I’m working on a couple of projects inspired by the industrial heritage, such as canals in Birmingham and railway in Doncaster. I will work with local community to produce new work in response to the future urban regeneration. Another project in Taipei I will explore the relationship between art and the increasing information-driven technology and the influences on our day to day life.

All images copyright and courtesy of Yu-Chen Wang