I met author Seán Ó Nualláin at the Foundations of Mind conference that Seán organized and facilitated in Berkeley in February 2014. The first Foundations of Mind conference took place in 1995 in Sheffield, England, with other past conferences taking place in Dublin, Ireland, and this marks the first year that these conferences have taken place in the United States. What’s impressed me most about Seán is his single-minded dedication to facilitating a truly extraordinary and ground-breaking series of scientific conversations that recognize areas of true progress toward a more complete understanding of consciousness – which is my favourite subject! You can glean a sense of the excitement generated by continuing seminars and talks facilitated through Seán’s Foundations of Mind in this last sentence of its mission statement:

“We remain open to the idea that reality is an entangled nexus and that we cannot truly perceive without changing it. That has, of course, been accepted in physics since the 1930s; but the consequences may be quite different than you imagine. We invite you to our conferences and workshops to explore this.”

I’m deeply grateful to Seán for granting me this interview where he tells us about his new book, One Magisterium, and new course on consciousness, Neuroscience and Philosophy of Mind. 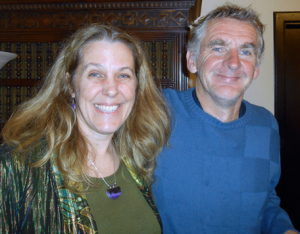 Cynthia: First, I’d love to thank you for organizing the Foundations of Mind conference and seminars that I’ve so greatly enjoyed attending this year. There’s something truly extraordinary happening at this time in history that I most keenly sense when reading your books and attending the Foundations of Mind events you’ve sponsored. I get a sense that we’re on the verge of a great intellectual revolution having to do with a whole new way of comprehending consciousness. What most inspires you to explore the subject of consciousness, and how do you feel this subject is important at this time?

Cynthia: You raise an important point that many scientists are reticent to publicly discuss subjective experience, even though their own subjective experiences are primary motivators behind the scientific research they do. There seems to be a difference of opinion by many people that if there is to be but “One Magisterium,” or primary way of comprehending reality, it will be based on science, while others feel it should be primarily spiritual. Do you sense humanity is on the verge of finding a way to reconcile these differences, perhaps starting with saying some coherent, responsible things about consciousness?

Seán:  Great question! Of course, historically the magisterium is church teaching. The Galileo incident put paid to that; not so much Galileo’s contemporary clerical opponents, who were actually quite sophisticated, but the retards who were pushing biblical geocentrism well into the 19th century. After SJ Gould, there is a consensus that Galileo’s contemporary clerical opponents are correct; the magisterium of the Church is faith and morals (“how to go to heaven”), and that of science external reality (“how the heavens go”). As an Irish recovering Catholic, I was particularly engaged in this debate; the fact that it still goes on is attested by the recent movie “Cavalry” with Brendan Gleeson as a rural Irish priest with nothing to offer eventually except his willingness to die as an expiation for the rape of children by his church. Ironically, it was a Belgian Priest (George le Maitre) who invented modern cosmology with his notion of the singularity/ “primeval atom.” Yet he vociferously protested against the Vatican’s adopting this as proving the biblical account of creation……… On the other side, we have “thinkers” like Dawkins and Harris who argue that science has advanced enough to come to moral conclusions. Dawkins’ autobiography is interesting; it looks like he had the makings of a decent computational biologist before the “selfish gene.” On the other hand, there are too many kludges in his early experimental apparatus for his results to be credible. The Harris case is simpler; after Ed Vul, who spoke at Foundations of Mind (FoM), we frankly do not have to believe any fMRI results of the kind Harris adduces. I leave this answer with a few more trends the book addresses; –       Why is it that the people who believe in a religious basis (from Mother Teresa to Mathieu Richard to yes, Michelle Bachman) tend to work hardest for others? The notion of an objective realm of morality seems vital –       What of subjectivism in the arts? Currently, young Americans are deserting the only sophisticated arts form created here ie jazz – What of the mess Google and others are making of natural language processing? The book and course put a lot of these issues together. 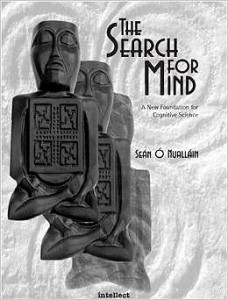 Cynthia: I am very much looking forward to reading your new book, “One Magisterium”! What I find personally most significant about your previous books, including The Search for Mind and Being Human: The Search for Order is the apparent ease with which you bring ideas together from a multitude of disciplines to create a cohesive holistic presentation of consciousness at a level that I’ve seen few other authors match. There appears to be a larger picture view of “how the heavens go” than some more narrowly focused scientists and authors recognize. How would you advise those interested in getting caught up to speed with new findings about the nature of consciousness to begin?

Seán:  Cognitive Science completes the circle of explanation in the sciences. It can also hint at solutions to moral and aesthetic dilemmas, often explained away through postmodernism/subjectivism. It must obey laws of inheritance of facts and constraints; just as biology inherits facts and constraints from physics, so must Cognitive Science inherit facts and constraints from biology. These include conservation laws (physics), chaotic dynamics (both biology and physics); and it is likely therefore that concepts like harmonic oscillators and bifurcations should be pervasive in Cognitive Science. Yet the situation is more complex. For example, the concept “information” in physics has an energetic dimension (Landauer), a spatial dimension (Susskind) and, as quantum theory teaches us, it determines to some extent what we considered objective reality. Likewise, it is arguably impossible to continue discourse about biology without granting that codes/syntax are intrinsic to the subject. Cognitive Science also inherits these constraints. 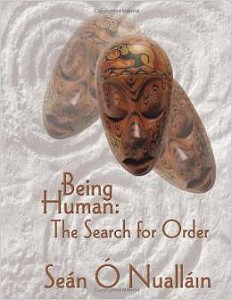 We must go deeper still. We find that mathematics, the most elliptical and precise language with which we describe reality, constrains us in certain ways. Tensors of various orders, from scalars through vectors to the Riemann and Ricci tensors, are distinct with the latter two not describable in terms of the former. Our explanation patterns in Cognitive Science must honour this. So fMRI, which specifies a scalar, cannot be an explanation of mind, nor can vectors; it is a category error to suggest they can. Our explanation patterns in Cognitive Science must also honour what we learned in the 20th century from Gödel, Church et al about the limits of formal systems. This can paradoxically leave us open to non-deterministic thought. So we can indeed, following Gödel, Schrödinger and other greats, assert the existence of the spiritual while remaining completely scientifically responsible. However, we are not going to get a “solution” to the so-called “hard problem,” an algorithm mapping all neural data to experience; that is also a category error. We are going to be able to argue for a substratum of subjectivity and indeed free will in conscious experience while remaining scientific. The job of eliciting subjective states belongs to great artists and spiritual leaders, of whom we have a decreasing number.

Cynthia: I can see that you’ve accurately identified some rather serious shortcomings currently being made by many researchers and authors–that they are making category errors at critical junctures. I love the work you’ve been doing with your Foundations of Mind conference series and your new book, “One Magisterium” to help people realize the importance of building upon sturdy foundations of knowledge in philosophy, math, physics, biology, linguistics, and computer science. Clearly there is no need for a high-tech new-fangled version of phrenology to provide a solution to the so-called “hard problem” of why people have subjective experiences of consciousness using fMRI. And clearly there is a need to create and test scientific hypotheses for how free will and other cognitive functions operate. How important do you feel it to be that cognitive science and consciousness researchers adopt a common language, and how would you envision such a shared common language being formed? 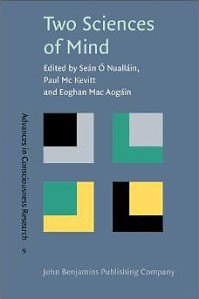 Seán:  In 1997 I published the book Two Sciences of Mind (it precedes Shambala’s use of this phrase) to indicate the necessity for a distinction between what Needleman called “inner” and “outer” (cognitive science ) empiricism. In my course, you’ll find certain intersections; the Noe/O’Regan/Freeman work on sensorimotor behaviour, which is common to cognitive science and consciousness research. Yet that does not extend into domains like the arts, where artists are using a much larger palette precisely to specify inner states. Cognitive science can tell us that jazz uses much more complex computations than rap; in fact we can specify the stack in say Beethoven’s 5th, whose opening has a fractal structure. That may lead us to suspect there is something more going on, the opening to objective reality that Beethoven felt he was doing. And at that note of opening to reality of I’d like to end this interview; it is precisely this sense of an objective world to which we must conform and which can edify us that we in the west have lost. To regain the respect of fundamentalists like ISIS, we might consider this instead of just bombs.

Cynthia: Thank you, Seán, for making time for this interview, and for sharing news of your new book and your course on consciousness, Neuroscience and Philosophy of Mind.  I’m glad to announce that this online course is available to students anywhere in the world, and it starts this September 2nd. For a cost of $75 US, this course is a bargain, since this is the same course taught for credit at Stanford University by the same instructor, and students who complete this course will receive certificates of completion. It includes video presentations from the entire proceedings of the 2014 Foundations of Mind conference, and I encourage all interested to learn more at: http://consciousnesscourse.blogspot.com/  and to register online at: http://foundationsofmind.org/register.html

This interview was first published in

and is re-published with the kind permission of Seán Ó Nualláin.

Sean O Nuallain holds an MSc in Psychology from University College Dublin (UCD), Ireland, and a PhD in Computer Science from Trinity College, Dublin, Ireland. He has been a Visiting Scholar at both Stanford and the University of California at Berkeley (2002-2012), eventually being appointed a faculty member by academic senate in both institutions. He directs the independent college trading as University of Ireland in the US. He has held visiting positions at Stanford and the University of California at Berkeley in computer science, philosophy, molecular and cell biology, and neuroscience. In 2014, he ran the Foundations of Mind conference at UC Berkeley, with proceedings published by Cosmos and History (Volume 1, 2014) and CSP (Volume 2, in press). One Magisterium is the third Volume in this series. View all posts with Seán Ó Nualláin →