Christopher Bucklow is an artist. His work was recently acquired by the Guggenheim Museum, New York. Many years ago he wrote articles and reviews for New Scientist magazine. His book on the iconography of Philip Guston was published in 2007. http://www.chrisbucklow.com/index.html

Philip Kime is a Jungian Analyst in private practice in Zürich, Switzerland. He has a background in Philosophy and Artificial Intelligence and is the Vice-President of the C.G. Jung Institute Zürich in Küsnacht, Switzerland. 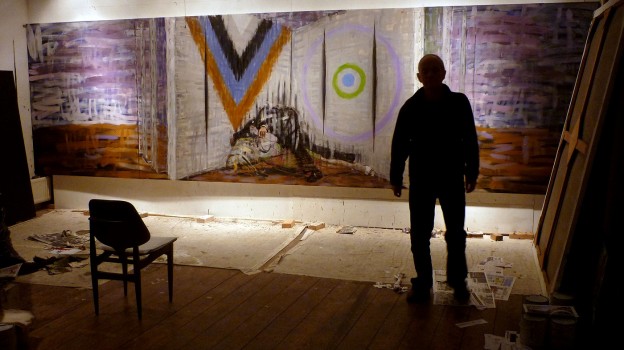 Christopher Bucklow in his studio 2010

Christopher Bucklow: In my own field, artists often have an interest in alchemy because it is a useful metaphor for inner transformation. No doubt Jung is responsible for much of this interest through his publication of Psychology and Alchemy (1944). But there is a notable example of an earlier artist who used alchemy as symbolic vehicle through which he could speak of his central interest; the re-union of male and female. This artist was Marcel Duchamp. His first involvement with alchemical imagery seems to have begun around 1911 and culminated in the ‘The Bride Stripped Bare By the Batchelors, Even’, which was in development in Herne Bay in Kent by 1913. Can you comment about this general point, that in wider culture alchemy is used as a metaphor?

Philip Kime: It is interesting that alchemy is culturally metaphorical and what always strikes me is that it is metaphorical in two completely different directions. In psychology and art we are more used to the idea of an internal metaphor but in the history of science, it is more often seen as a sort of metaphor for modern empiricism. The fact that the alchemists actually did things is taken as the beginnings as the urge towards empirical science even though they also continued in the tradition of grand metaphysical systems along with it. It was a widespread, if confusing and inconsistent application of a type of experimentation with literal equipment which is often seen as metaphorical by those outside of psychology. Of course, as you say, within psychology and art, the metaphor is not of something which comes temporally after alchemy but something which atemporally accompanies it, that is, the psychology of the practitioners. This difference in metaphorical outlook is to me rather crucial as the psychological metaphor makes possible a real interest in alchemy today which a scientific and historical view reduces to a mere historical interest. 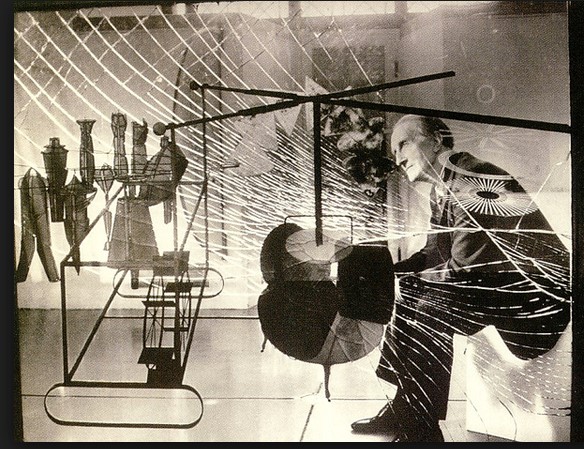 Marcel Duchamp: The Bride Stripped Bare by Her Bachelors, Even

CB: Can you speak about how alchemy is used within your own field, that of analytical psychology?

View all posts with Christopher Bucklow →