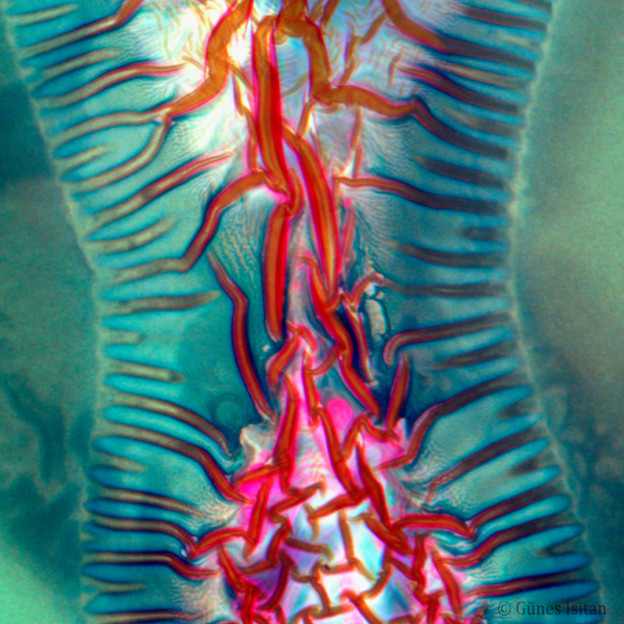 “Nothing is lost, nothing is created, everything is transformed”

This thermodynamics law, revealing the transient essence of reality, guides and inspires my art.

Merging biological arts with philosophy and multispecies ethnography, my art encourage a rethinking of what it means to be human beyond anthropocentrism. By exploring the cultural barriers we build in the life continuum, it questions human nature by revealing the interdependency relations and co-becoming fates from which our world emerges.

My artworks consider the idea of a biological, rather than a cybernetic, post-humanity. They present realities that are located beyond our five senses – realities where permeability between species is tangible, and where each being is a singular and fluid ecosystem participating within a larger biotope. These are realities where human and non-human life exists in continuity rather than in opposition, and where humans, by losing their centrality, become more-than-humans.

Borrowing from heuristic and biological methodologies, I explore these transient, fleeting moments of realities in co-becoming. 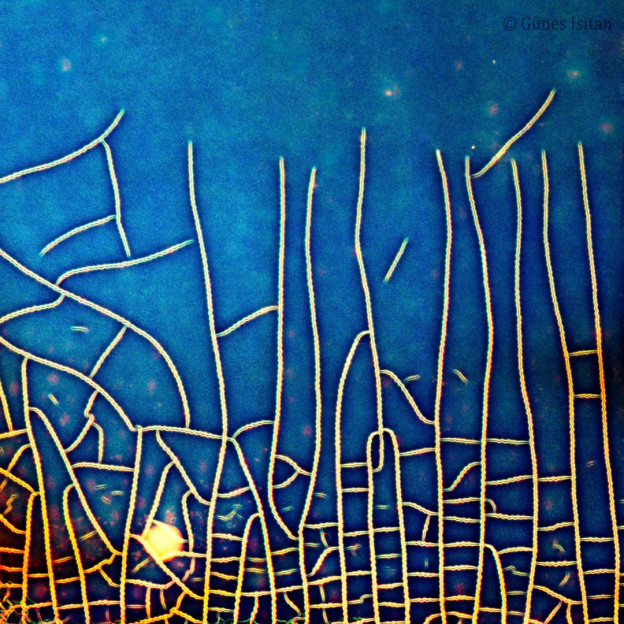 Growing a multispecies image of our body-subject

The HumanScapes series use a biological medium, microorganisms living in symbiosis with our own bodies, to deepen our understanding of reality through non-human agency. Fusing biomedia art and photography, this series creates an image of our bodily reality by using the biological potential of the film in contact with life itself: this way, I grow an image, rather than take a picture.

Through this process, which I’ve been developing since 2009, I use a material known for its ability to objectively record reality: a photographic negative. However, instead of using its photosensitivity to capture a duplicate of our own reality, I create artworks by exploring the organic and unstable nature of the film’s materiality in contact with microscopic life.

Requiring the interlacing of my creative process with the tools and techniques of the scientific laboratory, this approach allows me to gives a new twist on the field’s tradition of “recording reality”: as I let microorganisms from our microbiota “imprint” themselves on film and create images through their own action, I achieve a less anthropocentric point of view of our own materiality.

Thus, the resulting artworks, both a trace of my subject through time and a living fragment of it, present our body from an unusual perspective: a non-human one. 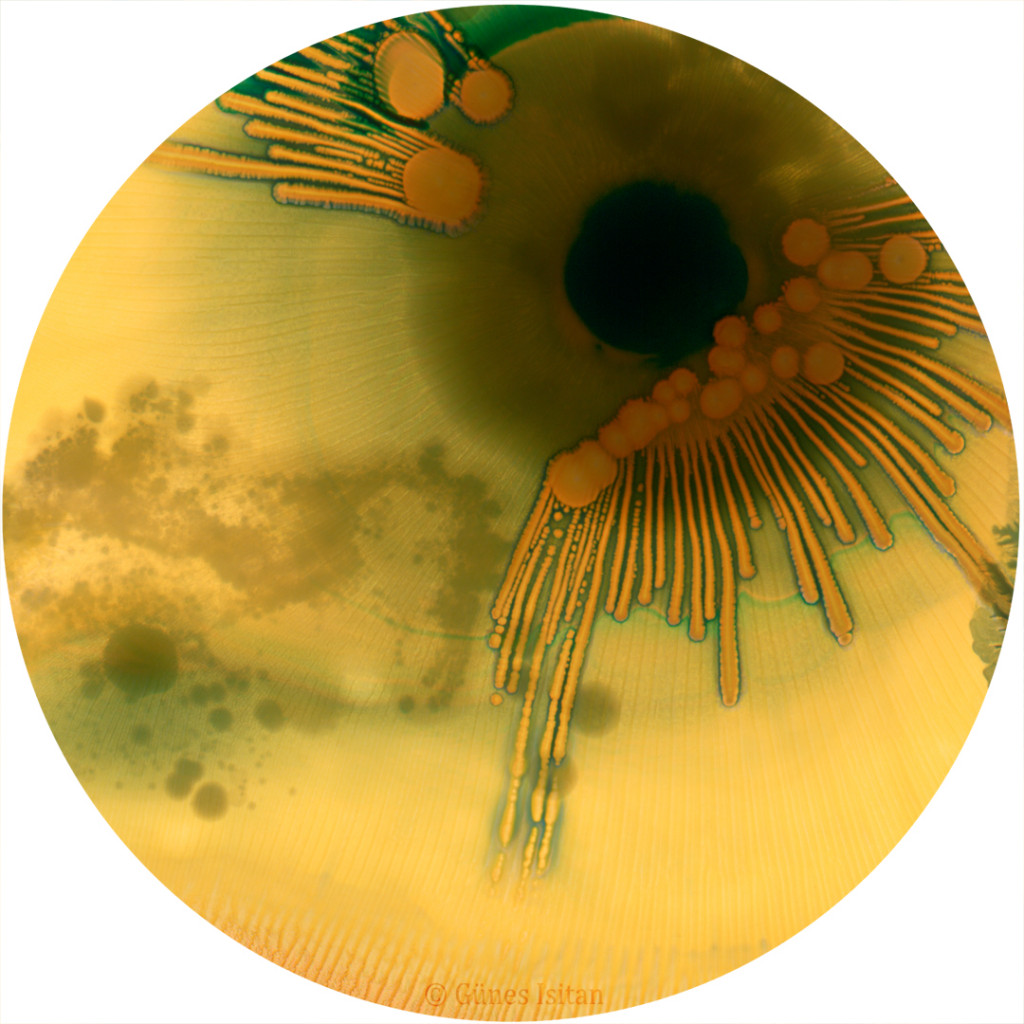 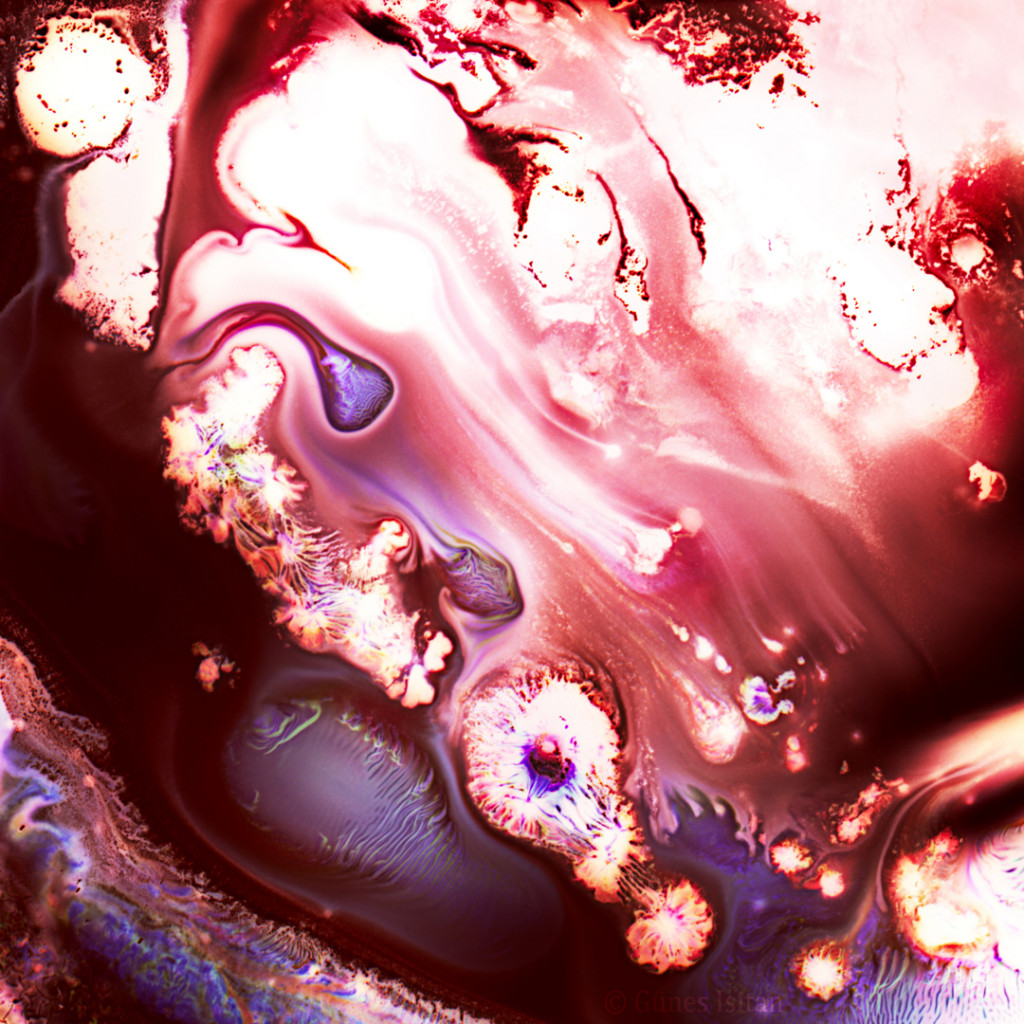 Through these seemingly abstract images, I bring forth a reality that only exists at the outermost limit of our senses: one where our bodies are neither a confinement nor a frontier, but a permeable multispecies zone. From this perspective, there is no real othering between humankind and the “natural” world; we clearly are a part of each other.

By presenting this revised view of the human self, I seek to engage people in the reality of the relationship we entertain with microorganisms. A relationship so deep, so intertwined, that it ultimately challenges what it really means to be human. 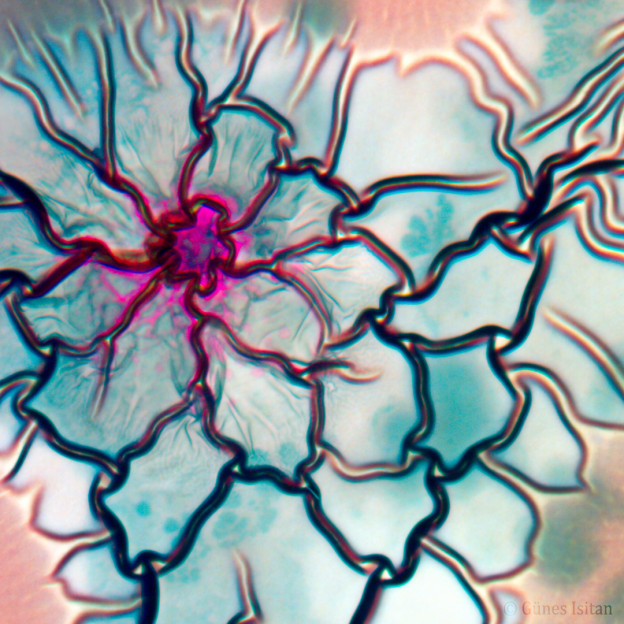 Microbiota’s Song: The Poetry of a Tongue

Microbiota’s Song – The Poetry of a Tongue from Bioart on Vimeo.

Microbiota’s Song: The Poetry of a Tongue is a fusion of microbiology, photography, video and reactive sounds; it is part of my on-going journey to engage with non-human perspectives.

The series uses a generative sound program controlled by the development, in a Petri dish, of microorganisms usually found living in symbiosis with humans. The experiment, captured visually, is then processed into a soundscape: the tempo varies in accordance with the speed of the growths, and the various sounds are activated from the colours revealed by them.

By creating this “musical instrument” for the microbiota to “play” with, I attempt to let microorganisms “express” themselves, in a manner and timeframe perceivable to humans, though their collective agency.

This piece, The Poetry of a Tongue, was cultivated from the microbiota of a human tongue. It is made from an HD video (time-lapse), compressing 180 hours of growth into this 3 ½ minutes of experimental film and soundscape.

'Reality is composed of worlds connected to other worlds, each one of them being a Mobius strip. Human perspective just happens to be one of them.'-------------------------Günes-Hélène Isitan is a professional transdisciplinary artist; her practice, anchored in biomedia arts, is an interweaving of visual and interactive art, life sciences and philosophy. Inspired by contemporary issues, she uses microorganisms to explore the cultural barriers humans have built in the life continuum, questioning the Nature/Culture dichotomy and offering a new perspective on our relationship to non-human agents. Through her visual pieces and her installations, she strives to offer an experience of different relations to the worlds, where the body-subject is neither isolation nor limit, but a permeable zone, open and ready to affect and be affected by the interactions with the non-human, the more-than-human. Her works are presented in solo and group shows in artist centers and galleries across Canada, in the US and in Europe, including the New York Hall of Science (NY, USA), the Centre d'exposition de Val d'Or (Qc., Ca) and Sporobole Artist Center (Qc., Ca.). They also have been featured in art and science books & magazines, and are part of private collections. Her formal education includes undergraduate studies in photography and intermedia art at Concordia University and graduate studies in Actual Arts Practice at Sherbrooke University. She recently received a research and creation grant form the Quebec Arts Council for her next series, Hybridity: Almost Other and is represented by Galerie uNo in Quebec City (Canada). www.gunesisitan.com View all posts with Günes-Hélène Isitan →