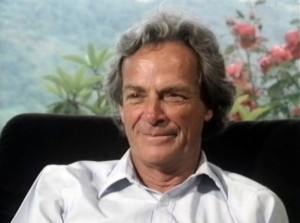 Richard Feynman describes the movement of atoms in a fantastically simple way. He explains a bouncing ball with such enthusiasm and excitement as a lesson that science is about the joy of imagining things. Feynman has been credited with pioneering the field of quantum computing and introducing the concept of nanotechnology. During his lifetime, Feynman became one of the best-known scientists in the world. In a 1999 poll of 130 leading physicists worldwide by the British journal Physics World he was ranked as one of the ten greatest physicists of all time.