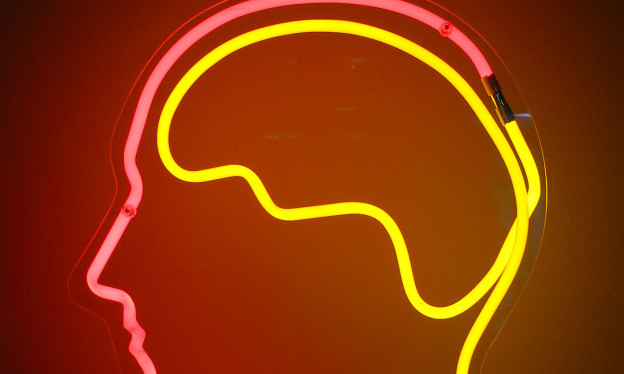 Where is your mind? Where does your thinking occur? Where are your beliefs? René Descartes thought that the mind was an immaterial soul, housed in the pineal gland near the centre of the brain. Nowadays, by contrast, we tend to identify the mind with the brain. We know that mental processes depend on brain processes, and that different brain regions are responsible for different functions. However, we still agree with Descartes on one thing: we still think of the mind as (in a phrase coined by the philosopher of mind Andy Clark) brainbound, locked away in the head, communicating with the body and wider world but separate from them. And this might be quite wrong. I’m not suggesting that the mind is non-physical or doubting that the brain is central to it; but it could be that (as Clark and others argue) the mind extends beyond the brain.

To begin with, there is a strong case for thinking that many mental processes are essentially embodied. The brainbound view pictures the brain as a powerful executive, planning every aspect of behaviour and sending detailed instructions to the muscles. But, as work in robotics has illustrated, there are more efficient ways of doing things, which nature almost certainly employs. The more biologically realistic robots perform basic patterns of movement naturally, in virtue of their passive dynamics, without the use of motors and controllers. Intelligent, powered control is then achieved by continuously monitoring and tweaking these bodily processes, sharing the control task between brain and body. Similarly, rather than passively gathering information to construct a detailed internal model of the external world, it is more efficient for the control system to keep actively probing the world (to ‘use the world as its own model’, as the roboticist Rodney Brooks puts it), gathering just enough information at each step to advance the task at hand. Such a strategy relies essentially on body activity.

As well as being embodied, mental processes can also be extended to incorporate external artefacts. Clark and fellow philosopher of mind David Chalmers propose what’s since been called the Parity Principle, which says that if an external artefact performs a function that we would regard as mental if it occurred within the head, then the artefact is (for the time being) genuinely part of the user’s mind. To illustrate this, Clark and Chalmers describe two people each trying to work out where various shapes fit in a puzzle. One does it in his head, forming and rotating mental images of the shapes, the other by pressing a button to rotate shapes on a screen. Since the first process counts as mental, the second should too, Clark and Chalmers argue. What matters is what the object does, not where it is located. (Compare how a portable dialysis machine can be part of a person’s excretory system.) The rationale is the same as that for identifying the mind with the brain rather than the soul; the mind is whatever performs mental functions.

The Parity Principle doesn’t apply only to processes we can in fact perform in our heads. Think about doing a long division with pen and paper. Few of us can do this in our heads, holding all the stages in memory, but if we could, we would certainly regard it as a mental process, so – applying the Parity Principle – we should regard the pen-and-paper process as a mental one, too. An extension can also be an enhancement.

Language is a particularly powerful means of extension and enhancement, serving, in Clark’s phrase, as scaffolding that allows the biological brain to achieve things it could not do on its own. Linguistic symbols provide new focuses of attention, enabling us to track features of the world we would otherwise have missed, and structured sentences highlight logical and semantic relations, allowing us to develop new, more abstract reasoning procedures (as in long division). With pen or laptop, we can construct extended patterns of thought and reasoning that we could never formulate with our bare brains. In writing, we are not simply recording our thinking but doing the thinking. (As the physicist Richard Feynman once observed: ‘I actually did the work on the paper.’)

Clark and Chalmers propose that mental states, such as beliefs, can also be located externally. They imagine a character, Otto, who has Alzheimer’s disease and uses a notebook to store the information he needs to guide his daily activities. When he needs to recall an address, Otto consults his notebook instead of his biological memory, and Clark and Chalmers suggest that the notebook literally contains his belief about the address. It functions as an external memory (like a flash drive) linked to the rest of Otto’s mind via a perceptual interface. Clark and Chalmers stress that the link must be tight in order for the notebook to have this status: Otto must have it constantly with him, must be able to access its contents easily, and must trust what is written there. (Thus, the contents of the reference books stored on the shelves in his house are not counted as his beliefs.) Of course, the belief in Otto’s notebook is not a conscious one (until Otto consults the book), but neither are the beliefs stored in our brains until we call them to mind.

As the philosopher of mind Daniel Dennett notes, many elderly people are in Otto’s position, relying on a host of cues around the home to guide them through their daily routines, reminding them of what to do, and when, and how. As their memories fail, they have offloaded work onto the external environment, and taking them from their homes is, as Dennett puts it in Kinds of Minds (1996): ‘literally separating them from large parts of their minds – potentially just as devastating a development as undergoing brain surgery’.

You might want to ask why we should think of minds extending into bodies and artefacts, rather than merely interacting with them. Does it make any difference? One answer is that, in the cases described, brain, body and world are not acting as separate interacting systems, but as a coupled system, tightly meshed by complex feedback relations, and that we need to look at the whole in order to understand how the process unfolds. (It’s worth noting, too, that the brain itself is a collection of coupled subsystems.)

Of course, we think of ourselves as being situated in our heads. But that is because of how our perceptual systems model the world and our location in it (reflecting the location of our eyes and ears), not because our brains happen to be in there. Imagine (if it isn’t too gruesome) having your living brain temporarily removed from your skull, nerve connections intact, so that you could hold it and look at it. You would still seem to be in your head, even though your brain was in your hand.

If the mind is not bounded by the brain or the skin, where does it stop? What is the boundary line? The short answer is that there isn’t one – not a stable one, at any rate. The mind expands and shrinks. Sometimes (in silent thought, for example) mental activity is confined to the brain, but often it loops out into the body and external world. It’s a slippery thing, which can’t be contained.

Keith Frankish is a philosopher and writer, currently living in Greece. He is an Honorary Reader in Philosophy at the University of Sheffield, a Visiting Research Fellow (formerly Senior Lecturer) at The Open University, and an Adjunct Professor with the Brain and Mind Program in Neurosciences at the University of Crete. His interests lie mainly in philosophy of mind, and he is well known for defending an illusionist view of phenomenal consciousness and a two-level theory of the human mind. His philosophical heroes include Aristotle, Thomas Hobbes, David Hume, John Stuart Mill, and Daniel Dennett. He is the author of Mind and Supermind (2004) and Consciousness (2005), as well as numerous journal articles and book chapters. He is editor of In Two Minds: Dual Processes and Beyond (with Jonathan St. B. T. Evans, 2009), New Waves in Philosophy of Action (with Jesús H. Aguilar and Andrei A. Buckareff, 2010), The Cambridge Handbook of Cognitive Science (with William M. Ramsey, 2012), The Cambridge Handbook of Artificial Intelligence (with William M. Ramsey, 2014), and Illusionism as a Theory of Consciousness (2017). Keith has also published pieces in Aeon, The Atlantic, The Economist, and iai News. His website ‘Tricks of the Mind’ is at www.keithfrankish.com, and he is on Twitter as @keithfrankish. View all posts with Keith Frankish →