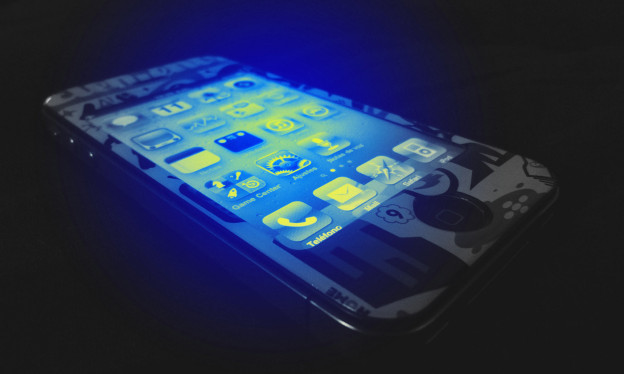 Embedded beings: how we blended our minds with our devices

Like life itself, technologies evolve. So it is that the telephone became the smartphone, that near-at-hand portal to the information superhighway. We have held these powerful devices in the palms of our hands for the better part of a decade now, but there is a palpable sense that in recent years something has shifted, that our relationship with technology is becoming more intimate. Some people worry that one day soon we might physically attach computer chips to our minds, but we don’t actually need to plug ourselves in: proximity is a red herring. The real issue is the seamless way in which we are already hybridising our cognitive space with our devices. In ways both quotidian and profound, they are becoming extensions of our minds.

To get a sense of this, imagine being out with a group of friends when the subject of a movie comes up. One person wonders aloud who the director was. Unless everyone is a movie buff, guesses ensue. In no time at all, someone responds with: ‘I’ll just Google that.’ What is remarkable about this chain of events is just how unremarkable it has become. Our devices are so deeply enmeshed in our lives that we anticipate them being there at all times with access to the full range of the internet’s offerings.

This process of blending our minds with our devices has forced us to take stock of who we are and who we want to be. Consider the issue of autonomy, perhaps the most cherished of the rights we have inherited from the Enlightenment. The word means self-rule, and refers to our ability to make decisions for ourselves, by ourselves. It is a hard-earned form of personal freedom and, at least in Western societies over the past 300 years, the overall trajectory has been towards more power to the individual and less to institutions.

The first inkling that modern technology might threaten autonomy came in 1957 when an American marketing executive called James Vicary claimed to have increased sales of food and drinks at a movie theatre by flashing the subliminal messages ‘Drink Coca-Cola’ and ‘Hungry? Eat Popcorn’. The story turned out to be a hoax, but after attending a demonstration of sorts, The New Yorker reported that minds had been ‘softly broken and entered’. These days, we regularly hear news stories about neuromarketing, an insidious strategy by which marketers tap findings in neuropsychology to read our thoughts as they search for the ‘buy button’ in our brains. To date, none of these plots to manipulate us have been successful.

But the threat to autonomy remains. Persuasive technologies, designed to change people’s attitudes and behaviours, are being deployed in every corner of society. Their practitioners are not so much software engineers as they are social engineers. The most benign of these ‘nudge’ us in an attempt to improve decisions about health, wealth and wellbeing. In the world of online commerce, they strive to capture our attention, perhaps doing nothing more nefarious than getting us to linger on a webpage for a few extra moments in the hope that we might buy something. But it is hard not to be cynical when Facebook carries out an experiment on more than 680,000 of its loyal users in which it covertly manipulates their emotions. Or when the choices of undecided voters can be shifted by as much as 20 per cent just by altering the rankings of Google searches. There is, of course, nothing new about persuasion. But the ability to do so in covert fashion exists for one simple reason: we have handed the social engineers access to our minds.

Which leads us to the threat to privacy of thought. Together with his Boston law partner Samuel Warren, the future US Supreme Court Justice Louis Brandeis published the essay‘The Right to Privacy’ (1890). They suggested that when law was still being developed as codified agreements among early societies, redress was given only for physical interference with life and property. Over time, society came to recognise the value of the inner life of individuals, and protection of physical property expanded to include the products of the mind – trademarks and copyright, for example. But the intrusive technology of the day – apparently, the first paparazzi had appeared on the scene, and there was widespread worry about photographs appearing in newspapers – raised new concerns.

Today’s worries are very similar, except that the photos might be snatched from the privacy of any one of your interconnected devices. Indeed, having institutions gain access to the information on our devices, whether flagrantly or surreptitiously, worries people: 93 per cent of adults say that being in control of who can get information about them is important. But in the post-Snowden era, discussions of privacy in the context of technology might be encompassing too broad a palette of potential violations – what we need is a more pointed conversation that distinguishes between everyday privacy and privacy of thought.

These issues matter, and not just because they represent ethical quandaries. Rather, they highlight the profound implications that conceiving of our minds as an amalgam between brain and device have for our image of ourselves as humans. Andy Clark, the philosopher who more than anyone has advanced the concept of the extended mind, argues that humans are natural-born cyborgs. If that is the case, if we commonly incorporate external tools into our daily routines of thinking and being, then we might have overemphasised the exceptionalism of the human brain for the concept of mind. Perhaps the new, technologically extended mind is not so much something to fear as something to notice.

The fruits of the Enlightenment allowed us to consider ourselves as rugged individuals, navigating the world by our wits alone. This persistent cultural meme has weakened, particularly over the past decade as research in social neuroscience has emphasised our essentially social selves. Our relationship to our devices provides a new wrinkle: we have entered what the US engineer and inventor Danny Hillis has termed ‘the Age of Entanglement’. We are now technologically embedded beings, surrounded and influenced by the tools of modernity, seemingly without pause.

In 2007, Steve Jobs introduced the world to the iPhone with the catchphrase ‘this changes everything’. What we didn’t know was that the everything was us.

Saskia K Nagel is assistant professor in philosophy and ethics of technology at the University of Twente in the Netherlands. She is interested in the intersection of ethics, philosophy and life sciences, and how technologies influence our self-understanding. View all posts with Saskia K Nagel →