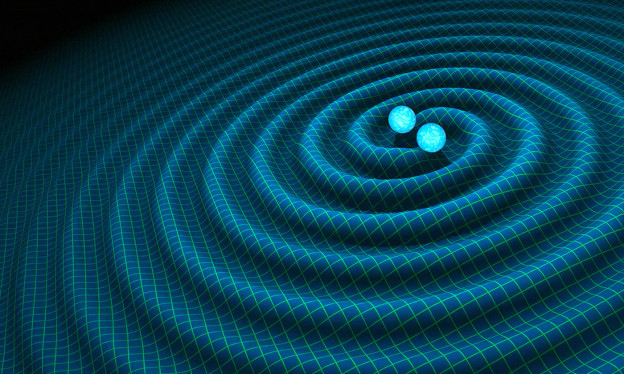 The first direct detection of gravitational waves on 14 September 2015 proved that massive objects can ripple the structure of space, verifying a key prediction of Albert Einstein’s general theory of relativity. The second detection, made on 26 December 2015 and announced this June, firmly established gravitational waves as a new window to the Universe. But even more exciting are the detections yet to come: the thousands of signals that should soon be observed by the Laser Interferometer Gravitational-Wave Observatory (LIGO) and Virgo experiments. They will transform our understanding of black holes, neutron stars, supernova explosions, and perhaps even the origin and fate of the cosmos itself.

Changes to the fields of physics and astronomy are already being felt. The two events reported so far have significantly increased the number of known stellar-mass black holes, and have demonstrated that black holes can form tight pairs and merge violently within the lifetime of the Universe; such mergers are the inferred cause of the September 14 and December 26 signals. Drawing on data from those two events, my colleagues in the LIGO and Virgo collaborations have tested general relativity in novel ways, far outside our terrestrial experience. And we have shown that black holes collide more often than expected, which has lead some researchers to speculate that black holes might be abundant enough to qualify as a variety of dark matter.

As with any new observational tool, the most important discoveries from the new detectors will surely be the ones that are unexpected. But we also have a good sense of the amazing things that the gravitational universe will tell us, even in the absence of surprises.

First, we can be certain that we will detect many more merging pairs of black holes comparable to the two already detected. The current instruments are about three times less sensitive than their full potential. At their ultimate sensitivity, the two LIGO detectors (in Louisiana and Washington state) and the Virgo experiment (near Pisa in Italy) will register dozens to hundreds of black-hole events per year. This large sample will yield a detailed census of black holes, and will allow astronomers to characterise their population all across the Universe, evaluating theories of how they form.

We also expect to observe mergers of neutron stars, the ultradense remains of stars that were too small to form black holes. Whereas black holes are so extreme that they are breathtakingly simple (completely described by their mass, spin and charge), neutron stars show the Universe at its most bizarre and complex. They contain more mass than our Sun packed into a sphere the size of Manhattan, with magnetic fields that can be more than a billion times as powerful as Earth’s. We do not understand how matter this dense behaves, nor do we know how their magnetic fields are sustained. What we do know is that pairs of neutron stars sometimes spiral into each other. The resulting gravitational waves will give us, for the first time, an unobstructed picture of neutron stars as they interact.

Unlike black holes, naked neutron stars emit light and other forms of radiation. Neutron-star mergers can produce a rapid flash of gamma rays or X-rays, along with a faint optical afterglow that can linger for days or weeks. With LIGO and Virgo operating in concert, we can localise the position of colliding neutron stars to within a few degrees in the sky. Optical telescopes can then search this patch of sky for a fading signal emitted by radioactive material ejected during the merger. This simultaneous observation of gravitational and electromagnetic signals could solve many long-standing mysteries in astronomy, such as the nature of energetic flashes known as short gamma-ray bursts, and the origin of heavy elements, including much of the gold found on Earth.

Gravitational waves can also show what happens in a ‘core-collapse’ supernova explosion, which occurs when the core of a massive star exhausts its nuclear fuel and is crushed under the star’s immense mass. This is an open question in astrophysics, because the mechanism that drives the explosion is hidden deep inside the star. Gravitational waves from supernovae will travel directly from the star’s centre to our detectors. Core-collapse supernovae are exceptionally rare, however; the last such one near our galaxy was in 1987, and the last known event in our galaxy proper was 400 years ago. Gravitational-wave scientists will have to be lucky and patient.

Looking out on an even grander scale, gravitational waves from neutron star mergers will give us a fresh way to study the expansion of the Universe. Our current picture of cosmology­ – in which the Universe is expanding following the Big Bang, and is accelerating due to an unseen ‘dark energy’ – relies heavily on observations of supernovae in distant galaxies. Gravitational waves will provide complementary information: the intensity (amplitude) of the gravitational signal tells us the distance to the event, while the optical appearance of the merger reveals how much its light has been stretched, or redshifted, on its way to Earth. These two pieces of information define the rate at which the Universe is expanding. Measuring this rate independently will provide an important check of our cosmological models.

Finally, LIGO and Virgo might detect a faint background hum of gravitational waves that pervades the entire Universe, constantly vibrating all of empty space. Many theories predict an omnipresent gravitational energy produced either from the accumulation of astrophysical events such as black hole mergers or from an early, extremely rapid episode of cosmic inflation immediately after the Big Bang. If the hum is loud enough, it will show up as a correlated signal between widely separated detectors such as LIGO and Virgo. Measuring the gravitational-wave background would be a dramatic achievement.

For the next few years, progress in gravitational-wave science will be limited by the sensitivity of the detectors. With each boost to their performance, it’s likely that we will uncover events from new types of sources. Eventually, perhaps after a large international investment in new facilities, progress in the field will be limited only by the willingness of the Universe to provide rare, exotic signals to observe.

LIGO and Virgo have already performed a staggering feat. Consider the properties of the September 14 event: the signal was generated by two objects, each roughly 35 times the mass of our Sun, locked in a decaying orbit the size of Switzerland, circling each other 50 times a second. The energy involved was staggering, briefly exceeding that of all the starlight in the Universe, but the signal that reached Earth was among the most imperceptible things that humans have ever measured. As gravitational-wave detections make the transition from sensational discoveries to routine tools for astrophysics and cosmology, the invisible shaking of space will, paradoxically, illuminate parts of the Universe that were entirely dark until now.

Daniel Hoak earned his PhD in physics from the University of Massachusetts Amherst. He is currently a Fulbright grantee and postdoctoral researcher at the European Gravitational Observatory near Pisa in Italy, where he is working on the Virgo Experiment. View all posts with Daniel Hoak →