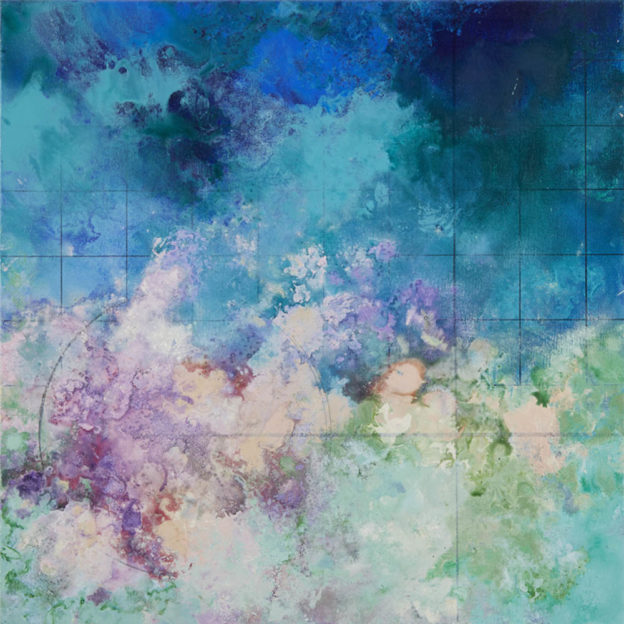 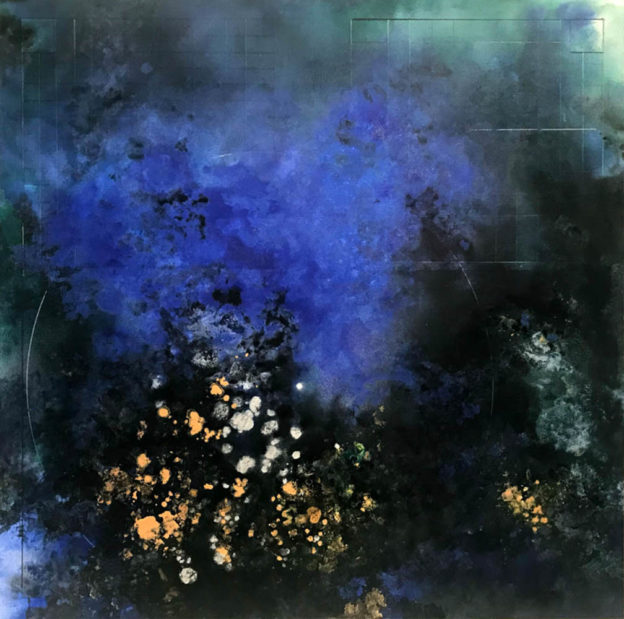 Diane Burko is an artist who has explored locations on the ground, underwater and in the air from open-door helicopters and planes with cameras, drones and sketchpads. Traveling from the temperate zones of America to Western Europe, from rain forests to glaciers, from active volcanoes and to coral reefs below the equator, her art merges a vision that is at once panoramic, intimate and sometimes provocative.

For over a decade her practice has been situated at the intersection of art, science, and the environment. Addressing issues of climate change, she started with glacial melt and rising sea-levels to currently concentrating on our ocean’s coral reef ecosystems. She contributes to the public dialogue by learning from researchers in the field, bearing witness to the actual phenomenon and then processing that knowledge visually.  “I see myself as a subversive artist, creating compelling images which in turn inform the public of the dire threats facing our planet.”

In an effort to further the depth of her environmental investigations and expression, she collaborates with scientists, including glaciologists and oceanographers. Her relationship with scientists is symbiotic: “I want my work to accurately reflect the science and the urgency of climate change, and they want me to help them communicate their research to the public through my art. Through facts and images, I endeavor to make the invisible visual and visceral.” 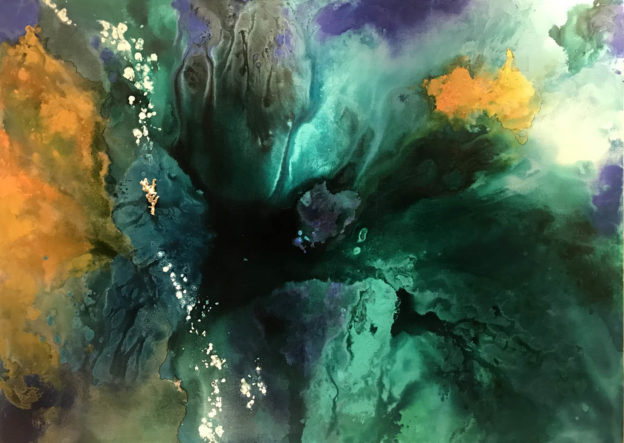 In a project called Politics of Snow, she utilized their visual data, such as chronological photographs (revealing the recessional history of glaciers), Landsat maps, ice melt charts and diagrams. In Polar Investigations she emphasized “bearing witness” to the empirical evidence of that data with her own expeditions to the Polar Regions. She considers ice to be a key indicator of environmental change.  She is currently exploring how coral reef ecosystems provide yet another indicator to the urgent issues of global warming. She views her commitment to witness, record, translate, and communicate scientific information though paintings and photographs as an antidote to climate doubt. 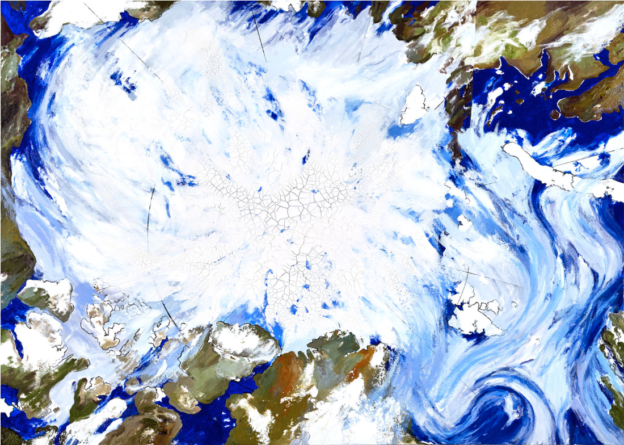 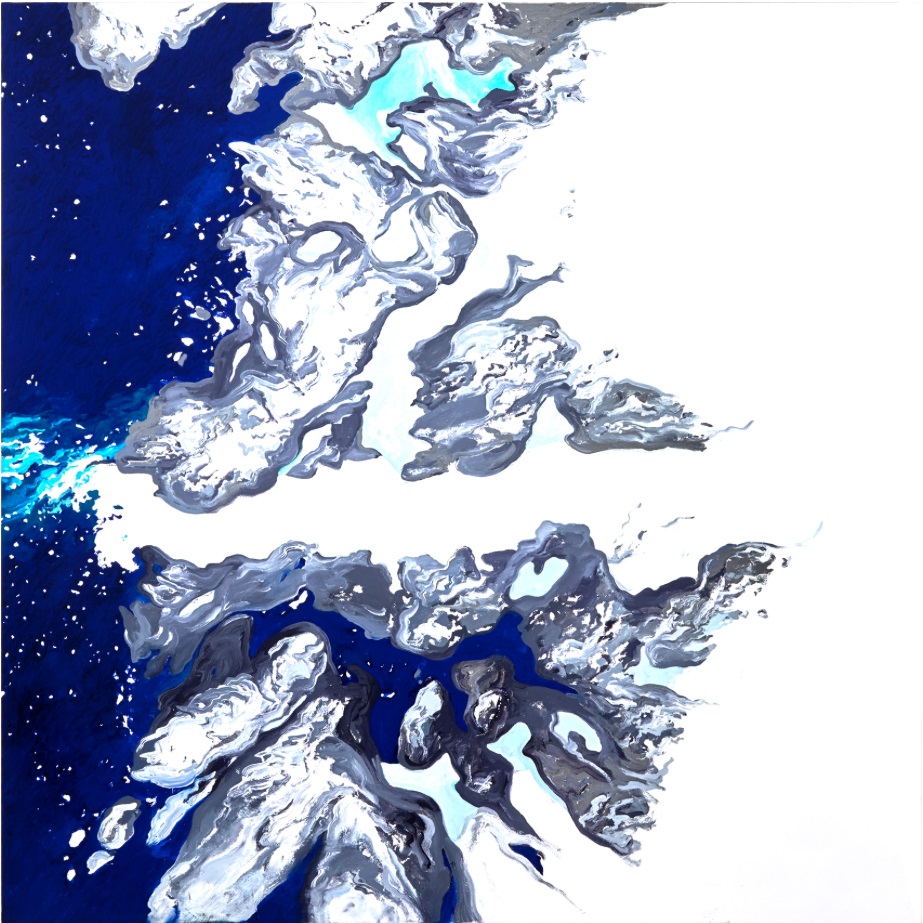 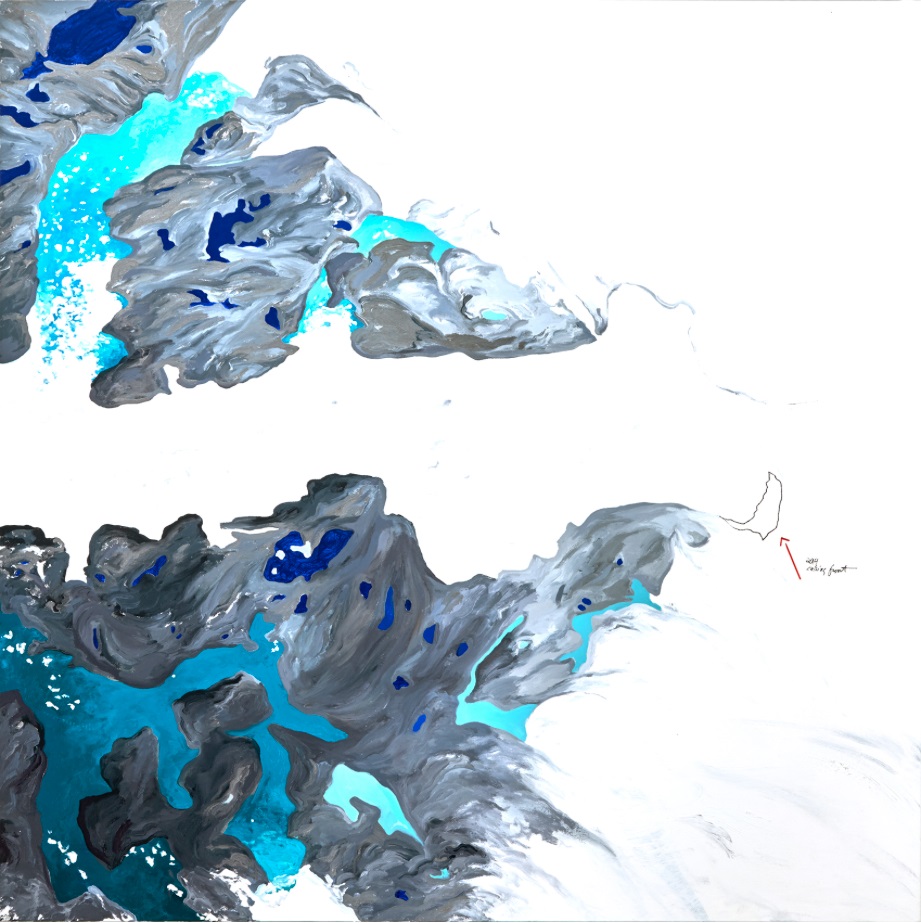 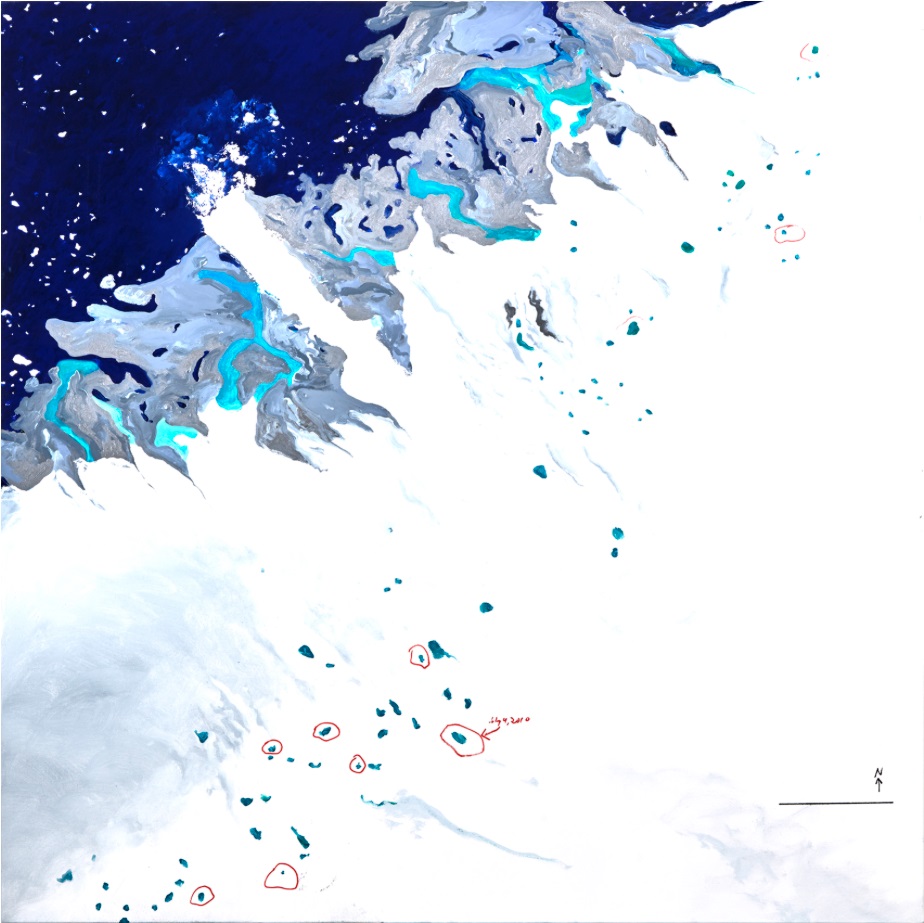 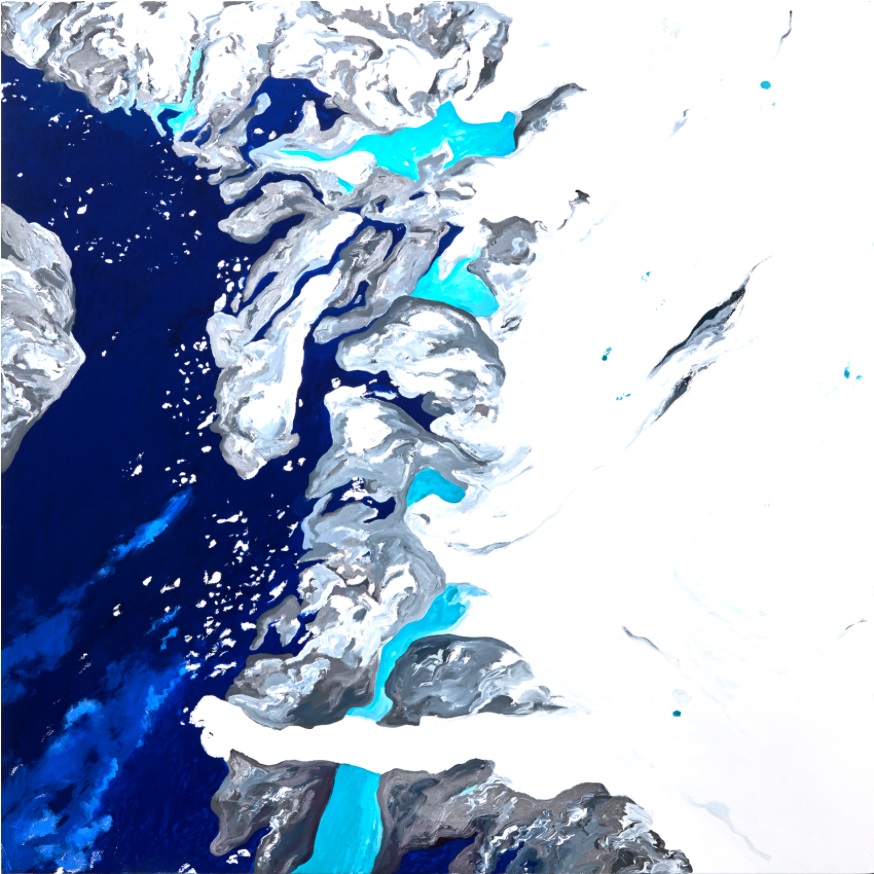 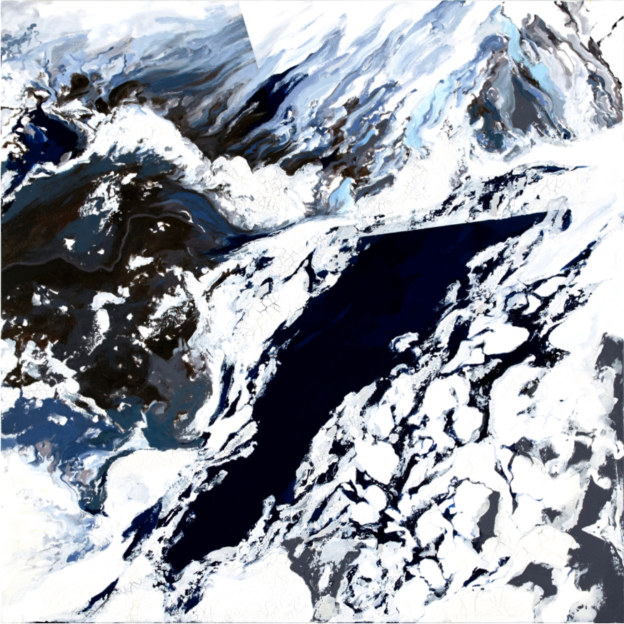 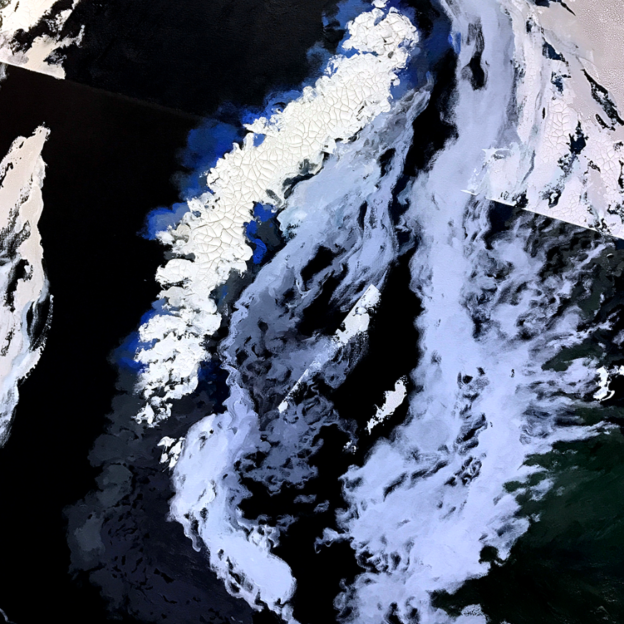 All images copyright and courtesy of Diane Burko

Diane Burko pursues an active painting and photography practice that investigates serious environmental issues through an abstract and evocative lens. She has traveled the world, bearing witness to the realities of climate change and gathering inspiration for her work. Aside from experiencing the environment, Burko continually gains knowledge through visiting research labs and engaging with scientists at institutions such as the Norwegian Polar Institute, INSTAAR in Boulder, Colorado, the Institute for Marine and Antarctic Studies in Tasmania, the Hawaiian Institute of Marine Biology, Scripps Institution of Oceanography and the Erik Cordes Lab at Temple University in Philadelphia. Public engagement is integral to her practice – she appears on panels and colloquium on art and science, speaks to school children, think tanks, Conservancy groups and professional conferences such as the AGU and GSA and at the Academy of Natural Sciences, as well as at INSTAAR where she is an affiliate. Her work is held in numerous public, corporate, and private collections. She has been included in over 100 exhibitions throughout her career. www.dianeburko.com www.dianeburkophotography.com View all posts with Diane Burko →