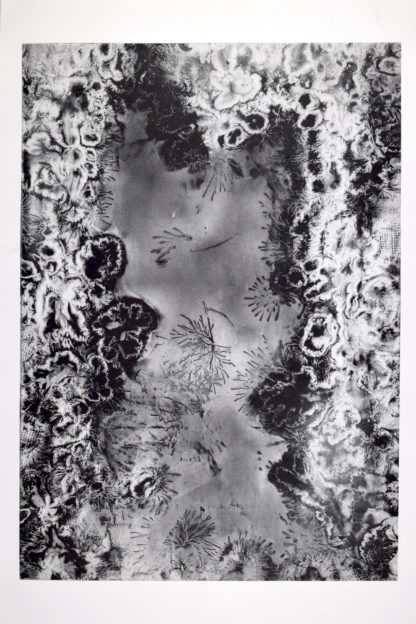 My PhD research investigates how physical science apparatus and experimental equipment (Wimshurst machines, pendulums, cloud chambers etc.) might be used alongside printmaking and many other mark-making processes to form novel artworks. I place an emphasis on the physical sciences because the usage of biological-based lab equipment in art has been researched more extensively. I seek to explore this fusion because, according to Bohm and Peat’s ‘Science, Order and Creativity’, it is proposed that science encourages specialism and, through this, fragmentation occurs: ‘divisions [between subjects like chemistry, biology and art] are imposed in an arbitrary fashion, without any regard for a wider context’. ₁

I want to question these specialisms. I seek to bring scientific apparatus into the studio to shift the emphasis in science from formulae and mechanics to ideas and visual forms. In this way, I seek answers to questions about how to foster communication between seemingly separate subjects.

These apparently self-generating systems have been used as technical short-cuts or to challenge traditional ideas of authorship. Enlightenment concepts of natural law are also relevant to my artistic practice.

Some of the physical phenomena that I document include electrostatic discharges, the sinuous waves that can be envisaged through fluid dynamics and the spirals and ellipses that may be seen when pendulum bobs are allowed to make marks. The direct and truthful documentation of physical laws, without a specific artistic flourish (apart from the associations made between seemingly disparate phenomena) is an integral component of my research that aims to blur the boundary between ‘The Two Cultures’. 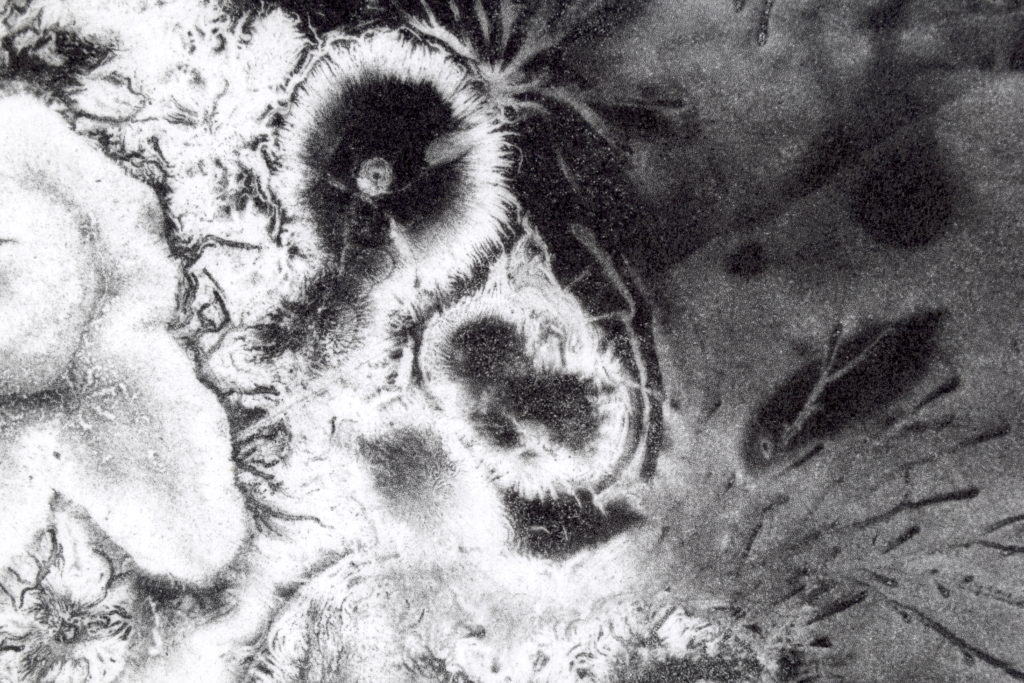 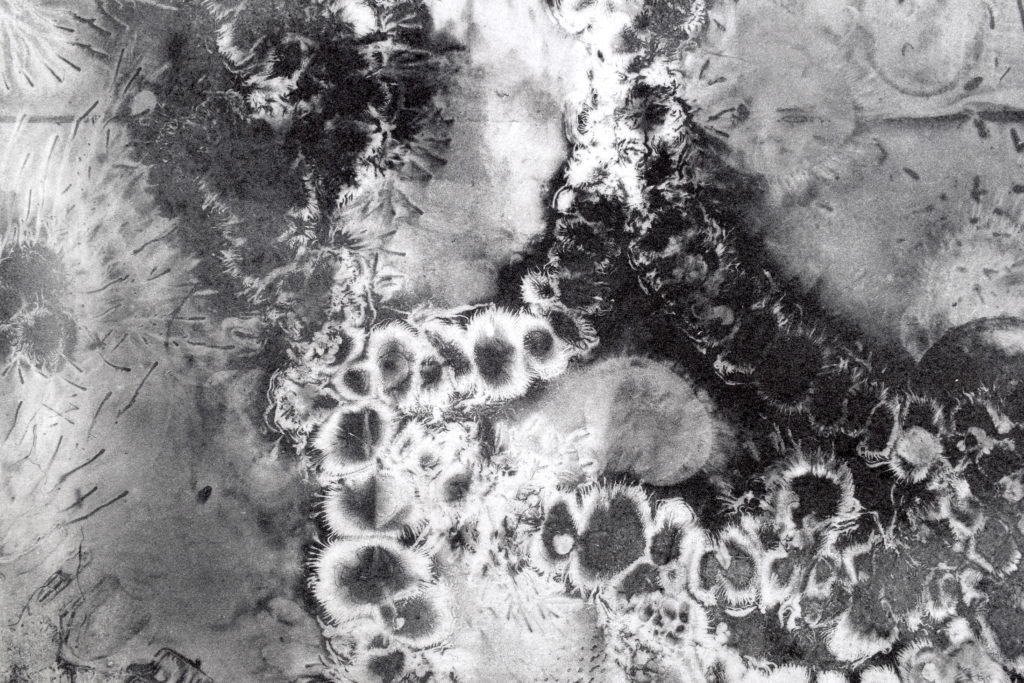 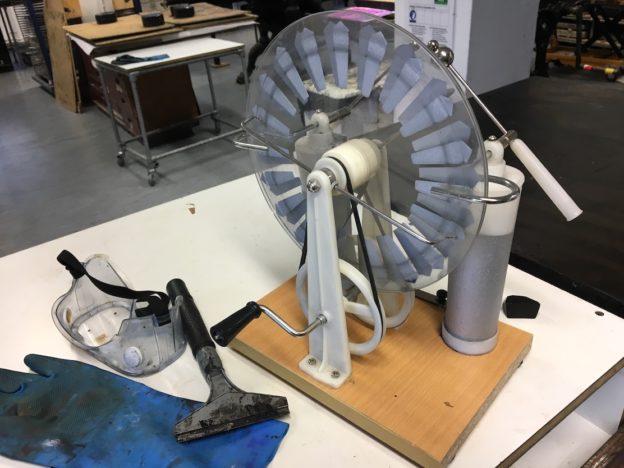 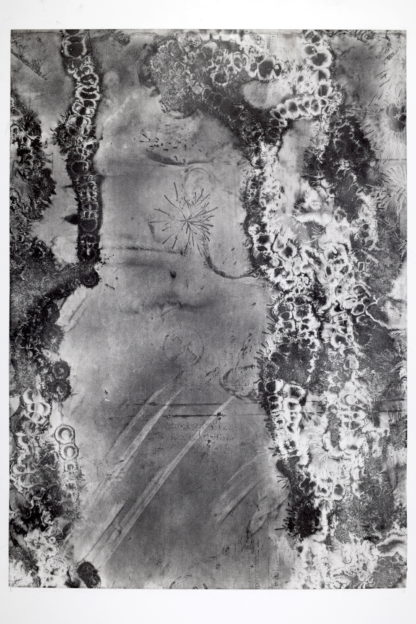 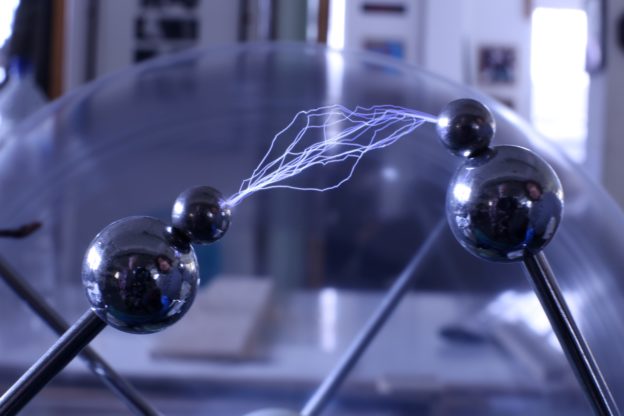 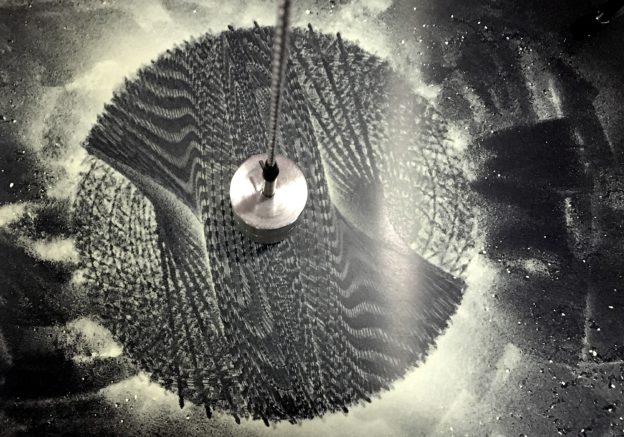 All images copyright and courtesy of Nicolas Strappini

While completing my undergraduate degree in Fine Art at Bath Spa University, I collaborated with a researcher at Bath University for an outreach event to do with visualizing physics (2015). I helped organise a roundtable discussion on the intersection of arts and science co-organised by Art & Science at Central Saint Martins and Art at CMS at CERN (2016). I also have shown my physics and art work at Imperial College, London for the Centre for Doctoral Training event in 2017. I gave a talk and showed work for the first art exhibition at the Department of Physics at Cambridge University (2018). I showed artwork for the 12th International Conference On Physics Of Advanced Materials in Heraklion, Greece. (2018) I am currently working with the European Commission in order to develop an artwork with Joint Research Center scientists. I graduated from the MA Art and Science course at Central Saint Martins. I have worked with Gustav Metzger, Andy Goldsworthy and Robert Whitman. I am currently undertaking a PhD at Portsmouth University. I won the Kenneth Armitage Graduate Sculptor prize in 2015, the Eka Valencic award in 2017 and was selected for the Lumen Prize Shortlist, 2018. www.nicolasstrappini.com View all posts with Nicolas Strappini →