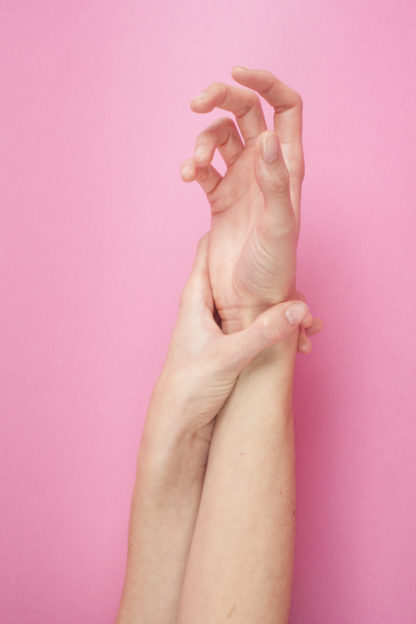 Sarah Howe: I moved from Sheffield to London to study Photography, first at the University of Westminster and then at the Royal College of Art, five years later. Here I was able to challenge a frustration I have with the photographic image this conflicting site of control, safety, trauma and memory, something at once inviting but uninhabitable. Fuelled by this frustration I began to work across media creating large scale installations, sound, written prose and moving image. Throughout all of this photography is still ever present within the work.

I think it is the finality of the image that is both its difficulty and allure. There is something inescapable about that flat plain that I liken to the experience of being inside a self. This limitedness to the self is something I continually struggle with within my practice.

I came to making work as I found that it opened a way into conversation, initially through taking photographs of people, and seeking environments that were new to me, I was able to take control of an attempt at inhabiting another experience. 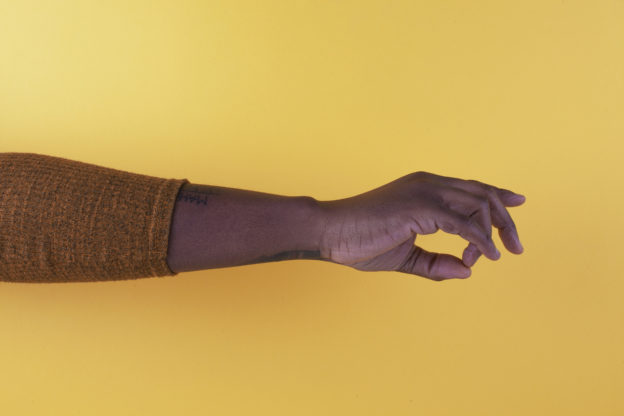 SH: It is sometimes difficult to pinpoint directly. I am always fascinated by how things creep in and just how much of what influences the work is unconscious until much later on.

I walk a lot and perhaps this in one of the ways I visually catch things up without realising. On moving to London, I recall the adrenaline of being around and seeing so many bodies and faces, how different areas whipped me up and shifted my imagination with them, and the encroaching feeling of buildings bearing down on thin skin.

I think this physical experience is something that influences my art making and lends itself in my search for finding a shared space between self and other.

I spoke previously about and inescapability of self and am reminded of a quote from Silvia Plath’s journals.

“I can never be all the people I want and live all the lives I want…And why do I want? I want to live and feel all the shades, tones and variations of mental and physical experience possible in my life. And I am horribly limited.”

And so it follows that my work is implicitly influenced by lived experience, be it the overcoming of mental illness, trauma and observing a rising base line of anxiety across friends and family the communities in which we live.

Daria Martin has been a great influence with who I have worked with research. I was particularly drawn to the three-part film works drawn from research into Synaesthesia which were later accompanied by the book Mirror Touch. The two iterations of the research sit side by side but are in themselves quite separate, and the separation of scientific research and the lived narrative where what made this work successful for me.

SH: Anxiety is an underlying theme that scores my work, perhaps not the focus. But it is often born of discomfort or frustration and a sense of precocity. Through making I attempt to control a situation and articulate something uncontrollable within myself, whilst discovering the lines of flight that connect us.

I hope to communicate some sense of what I have realised through the work, or an attempt to understand another’s perspective. Through the work I hope to start conversations which ordinarily would not have existed and encourage an empathic awareness of others I hope to encourage people to think more freely about their own mental states and wider societal implications that maybe affecting our individual experience. 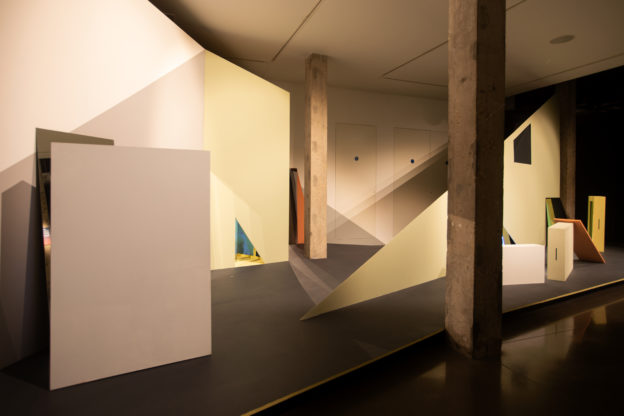 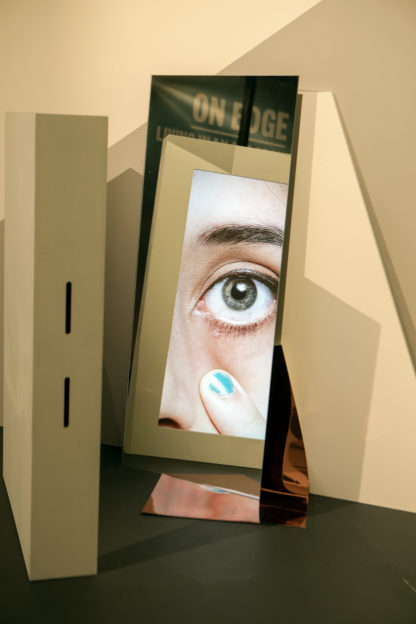 RB: You are taking part in the Science Gallery, London exhibition ‘ON EDGE: LIVING IN AN AGE OF ANXIETY ’, with a work Consider Falling. Can you say something about this work?

SH: Yes, this is the third iteration of this installation. The work was originally made in the 2017 and is informed by research into the conditions Derealisation, (the condition of feeling that reality is unreal) and Depersonalisation (a feeling of detachment from oneself, or that oneself is unreal) referred to collectively as DPRD. I spent a year working on the piece collating first hand research from those diagnosed with the condition, whom I met through Elaine Hunter a specialist clinician in DPRD at Kings College. 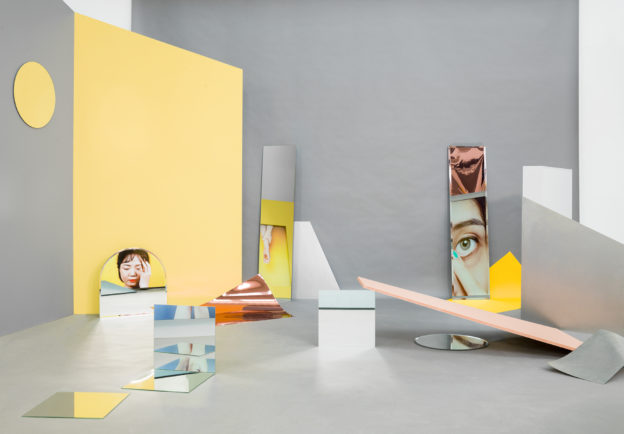 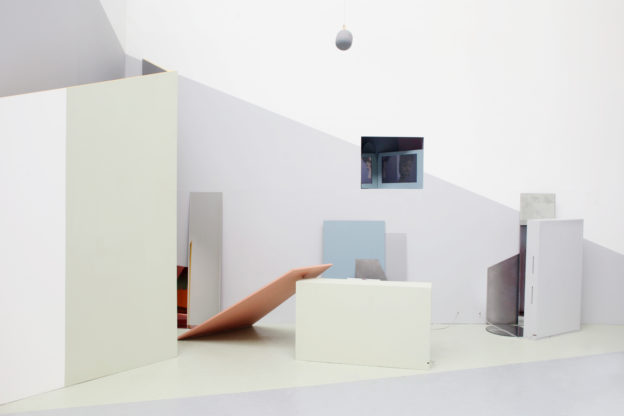 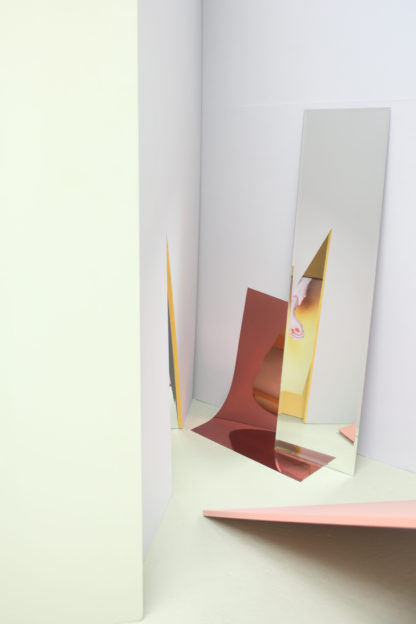 I became interested in DPD when I was thinking about anxiety more generally, Brexit had just happened, Trump was elected and a lot of belief systems and givens I may have held and taken for granted where being thrown into question. I had been watching a lot of self-authored videos online,

depicting emotional outpourings, and people revealing their anxieties publically, particularly as a reaction to trauma. And it was here, whilst listening to other people’s experiences, that I first came across the term DPD. Interestingly I found this to be a common way that even those with the condition first come to learn of it as such – DPD is underdiagnosed generally.

I was drawn to the impossibility of fully explaining what it is like to inhabit DPD, and in turn anyone’s subjective experience. When it comes to describing the condition verbal and written accounts draw largely on metaphor to help explain the inner experience where both emotional processing and visual perception are dramatically altered. Thinking about these descriptions as a visual artist I immediately drew links to my experience of the photographic image, the flattening an altering of perspective and again the impenetrably of the frame. As I read further and began speaking with diagnosed service users I saw further the links between this medicalised acute condition and a more generalised flattening of experience, precarity and fragmentation present in society.

The installation itself is made of a series of fragmented shapes in muted pastel tones. Mirrors punctuate the space reflecting partially seen images of familiar gestures, playing out repetitively on concealed screens. The colours in these reflections shine brightly opening up another space. Their repetition is hypnotic, a reminder of the flickering picture world we encounter each day on mobiles and screens.

A sound piece accompanies the work, the text a fictionalised reworking of some of the interviews I held. The narrators inner monologue cut by quotations. 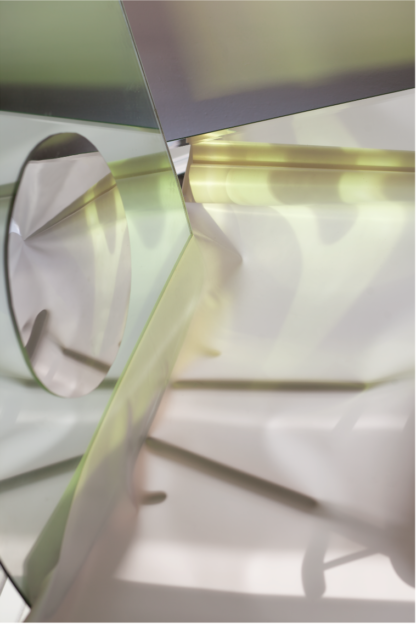 Sarah Howe: Consider Falling – I wanted to peer into it. Science Gallery London 2019

SH: I am open to how people interact with the work or what they might bring or take away from it. I do think the context within which it is shown has shifted the conversation. Within the context of ON EDGE, there is a greater emphasis on the condition itself and links between social media use and the fracture between the digital and IRL experience. When making one of the things I was thinking about opening up these discussions and communicating a desire to empathise. I wanted to encourage an exploration of different modes of being and how these might overlap with or affect people’s own lived experience.

RB: Can you say something about your work Present Tense?

SH: Present Tense is a different body of work that I developed earlier this year through conversations with the artist Tom Lovelace. We presented two separate works in one exhibition responding to themes of time, repetition and stratification of media, materials and technology.

My installation is a mediation on subjective time – the slowing or quickening of space between seconds dictated by an emotional or physical state.

Within the installation (pictured) I wanted to create a dynamic interplay between image, mirror and video, that traced a slowing, stopping and opening up of time.

In this work I was thinking more generally of experiences of place particularly traversing an unknown landscape or time (making the work between London and Rome where the exhibition took place) and the experience of anxiety and how this may alter our perception of time – this could be the rush of adrenaline produced by a sudden trauma or the creeping onset of urban malaise. The large scale abstracted still lives sit alongside time based bodily actions which allude to moments of stillness and waiting.

When making the work I was very conscious of the experience of time. Working with natural light, waiting for the movement of the sun and using labour intensive methods to produce the sets that I then photographed. It was much more of solitary experience than making Consider Falling and utilised photography in a very different way which I found more challenging but satisfying. 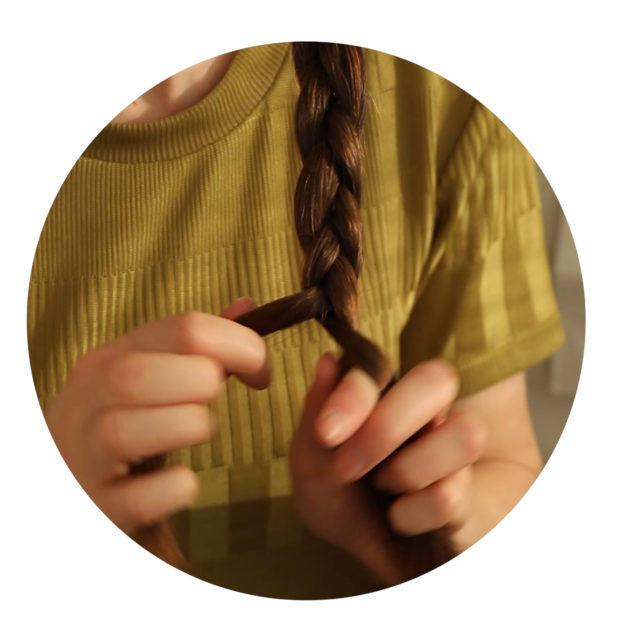 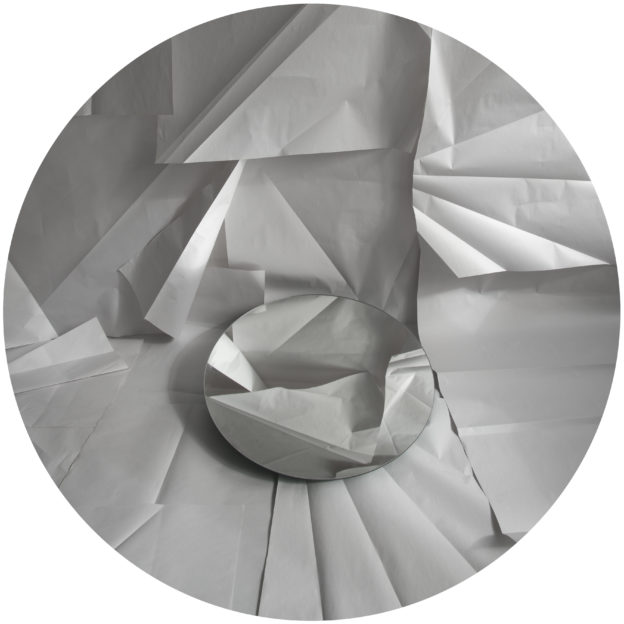 SH: So, I suppose Art and Science are large umbrella terms that encompass so much so there cross over is quite natural. I do not feel that I make work about science particularly but rather that science seeps in as does art. Working with people who have a certain condition for Consider Falling helped me to understand the role of art for them, alongside a scientific narrative that we might all be forced into when faced with a health condition. The connection in this case was that one could be a subplot to other. That through articulating something creatively the people I spoke with could be seen and recognise themselves outside of medicalised language, or even their own experience.

SH: I’m working on a film that is very much in its early stages. For the past two years my partner and I have participated in a London based arts festival called ArtLicks. We have produced work with our neighbours in a small low-rise block in Peckham. I am currently trying to develop a filmic response to some of the conversations and themes of the exhibitions so far.

All images copyright and courtesy of Sarah Howe

Sarah Howe is a UK based artist whose installations situate still and moving image within sculptural space. Her work stands in the crossing between a material and psychological landscape, in a reach to illustrate heightened inner states. Howe is a graduate of the Royal College of Art, London. Recent exhibitions include Rehearsing the Real, Peckham24, London UK (2019) Present Tense, Matéria Gallery, Rome, Italy (2019) Lets go through this again, Portland Works, Sheffield UK (2019) and Consider Falling, Brighton ONCA Gallery, Brighton UK (2018) www.sarahhowe.co.uk View all posts with Sarah Howe →