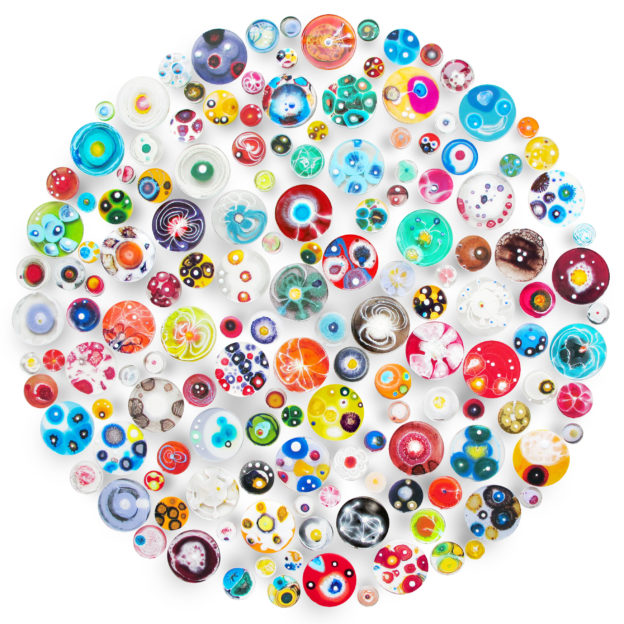 Klari Reis: I always knew I wanted to be an artist, but was nervous about the artist stereotypes – starving, irresponsible, unreliable, difficult…  I started out as a fine art major at UC Santa Barbara and then transferred and graduated from UC Davis with a degree in Architectural Design.  After working as an architectural illustrator for a couple of years I realized I really just wanted to make my own art.  So, I went to get a Masters degree in London at City and Guild of London Art School.

KR: I am, and have been inspired the microscopic, the unseen natural formations that our world is made of.  I have always had a playful colourful aesthetic, but even more so now that I have two children. 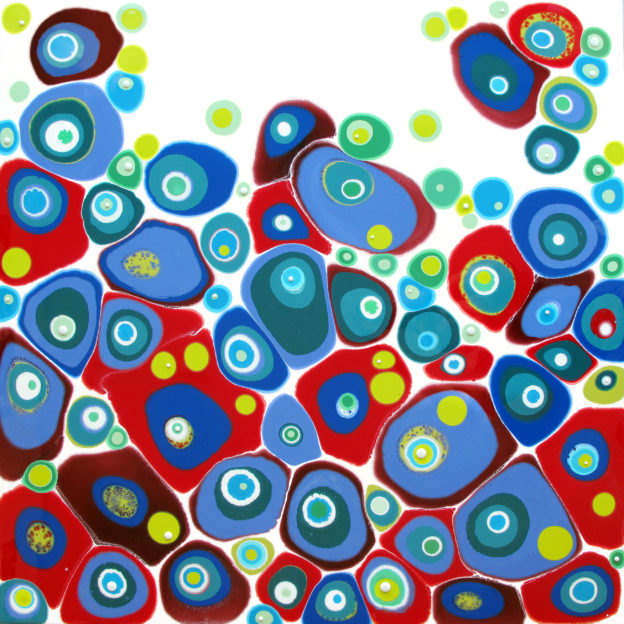 RB: Can you say something about the working process behind your Petri Dish works?

KR: I work on the petri dish paintings daily. I don’t necessarily paint them every day, but work on them in some capacity on a daily basis. I post them at www.adailydish.com. I make each dish to stand on its own, but they are really designed to have impact in groups. Typically, they are available in groupings of 30, 60 or 150 pieces. 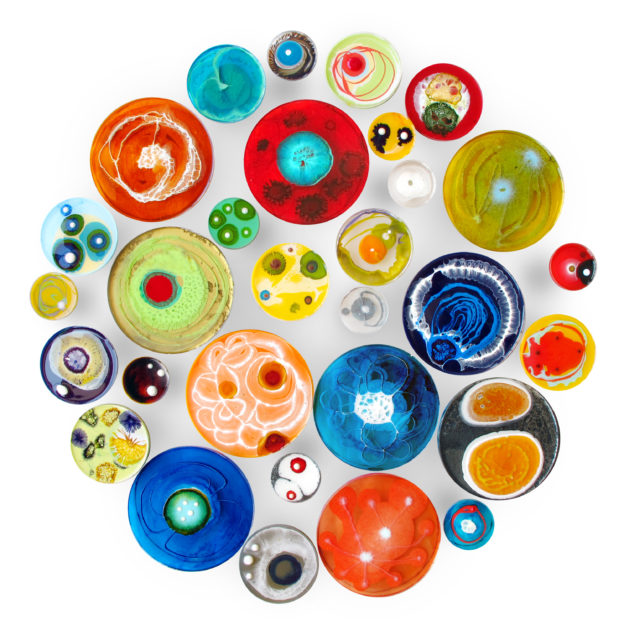 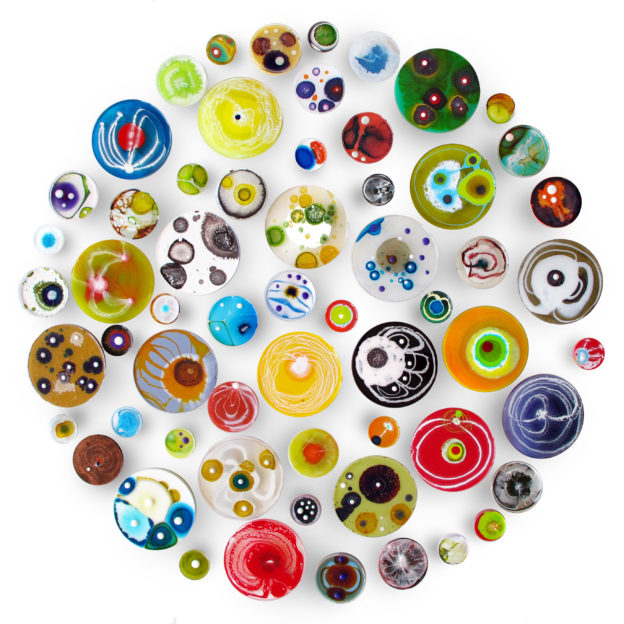 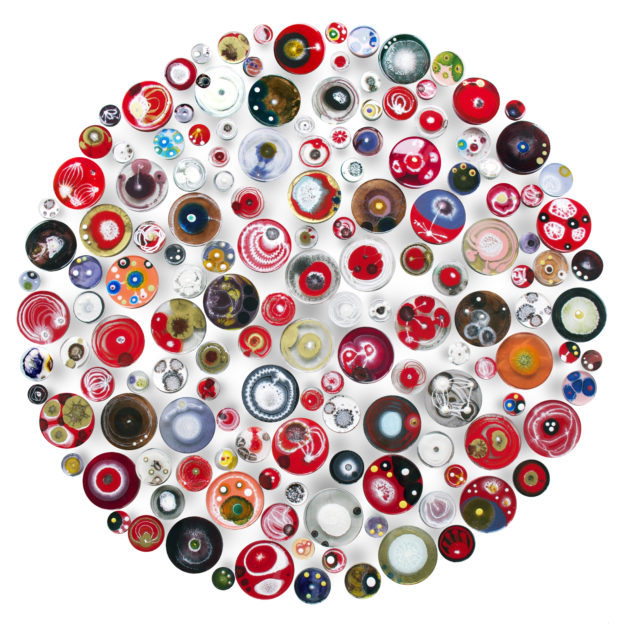 RB: How do you control the final result of each individual work? Is there an element of randomness involved?

KR: There is an element of chance in each of my petri paintings.  Twelve years ago when I first started making them there was quite a bit of chance involved, but these days not as much.  Over the years I have developed a good understanding of the epoxies I work with.  Different actions and reactions occur with humidity, temperature, water based paints, oil-based paints, a blow torch, and hair dryer… for example. 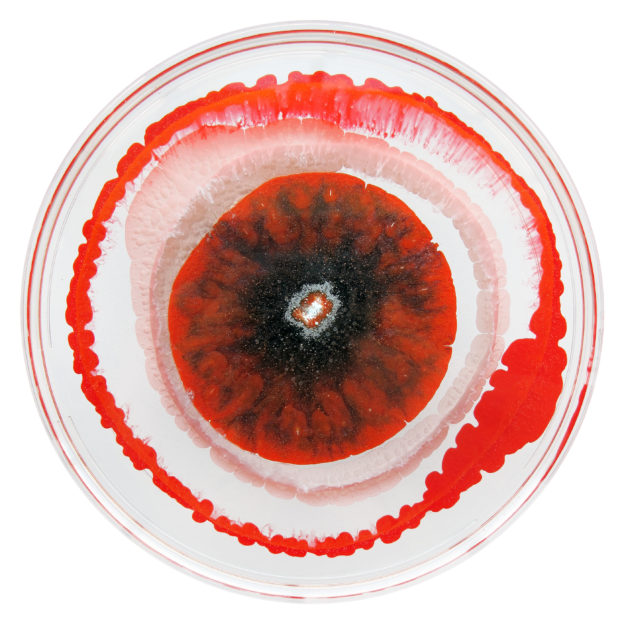 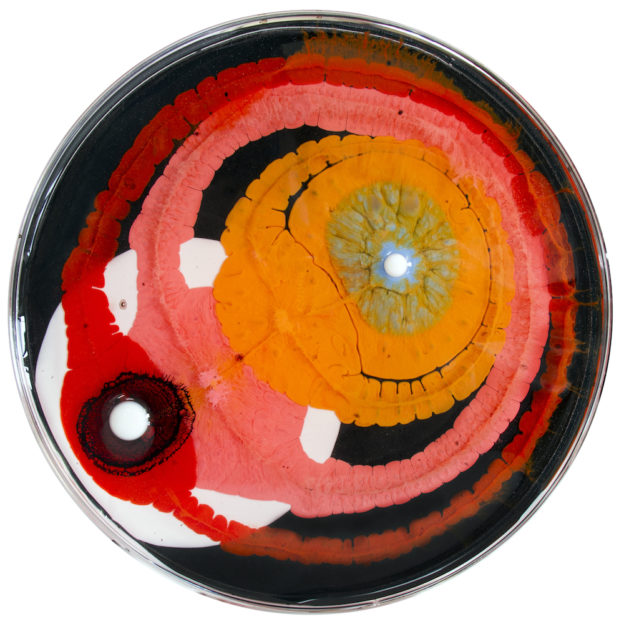 RB: What have you personally learnt from working in collaboration with local biological companies and has this approach thrown up any surprises for you in regards to your previously held beliefs or intuitions?

KR: Working with large companies has taught me how to collaborate with a variety of people with vast opinions. As a painter, typically you are on your own, it is usually very much of a solo career.

Companies operate and organize themselves and their data in ways I find endlessly interesting.

RB: How important is the curating of these works into groups for your installations? What criteria do you use?

KR: The larger groups have the impact that I am looking for. I do occasionally sell the small pieces on their own, but I feel as if they are meant to be a part of larger installations. Each is curated to have a balance of light and dark and transparent and opaque. Each also has the same number of small, medium and large sizes. 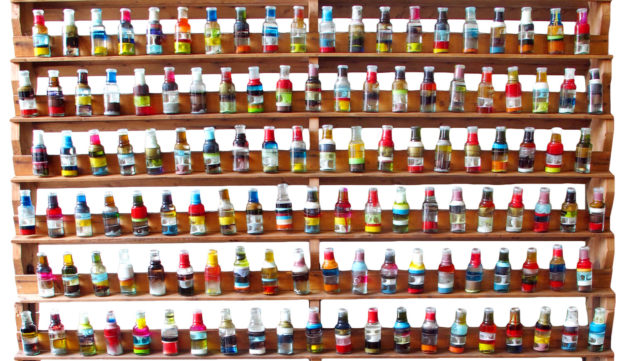 RB: Can you say something about The Apothecary Project?

KR: I fell in love with the broken antique apothecary rack when I first set eyes on it. Bottles were cracked and missing and it needed sanding and additional screws for it to stand upright. Once this was accomplished I filled the hundreds of bottles with layers of epoxy. Each layer a considered experiment on the combination of materials and colors. 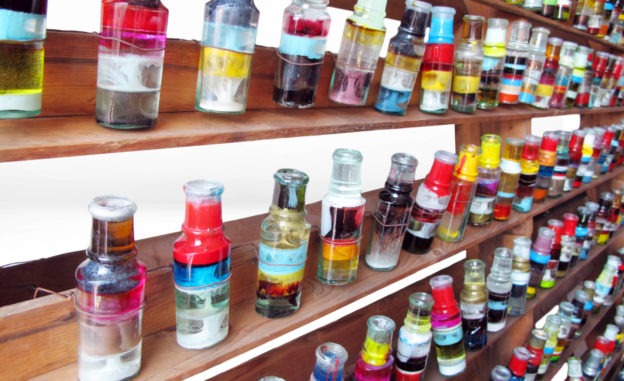 KR: I think both scientists and artists are attempting to describe the world around us. Thinking and doing, failing and trying again. 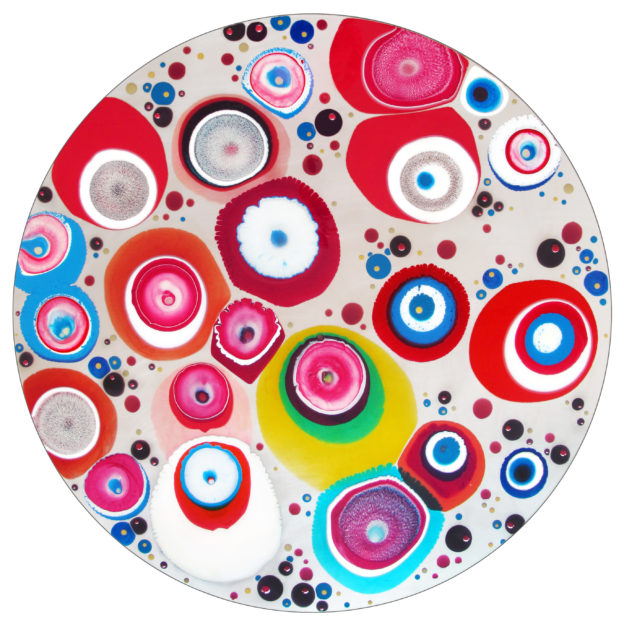 KR: In response to the Coronavirus I have been making and giving away “Healthy Cell Paintings” to those who feel as if they or someone they love may need them.

I am also working on a couple of residential petri dish installations and a large installation for Gilead Pharmaceuticals.  Over the last few years I have been developing a new series of works that are epoxy on linen on panel and wall sculptures called, Pods.

All images copyright and courtesy of Klari Reis