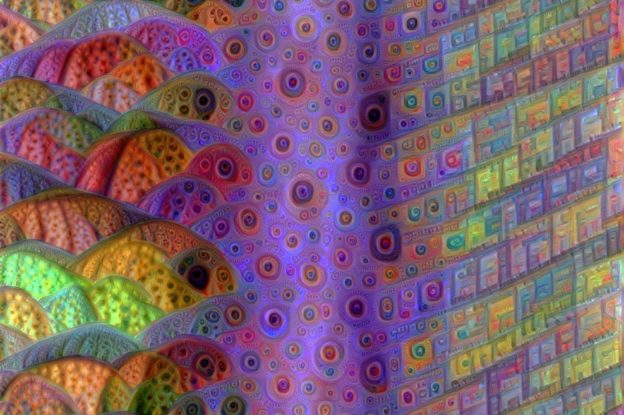 Gene Kogan: I studied applied mathematics in university and became interested in machine learning through its application to music technology, especially the idea of music recommendation systems. That got me thinking more about creative and artistic uses of machine learning, which led me indirectly to discover media arts and art technology more broadly. Since then, I’ve become interested in computer science more generally in how it can be applied to emerging tech art.

GK: A lot of the things that influence my art practice come from outside the art world. I don’t have a proper art background and don’t participate very much in the residency or gallery scene, with fairly rare exceptions, and I think this keeps my work a bit less influenced by art trends. I am very curiosity-driven and spend most of my time looking at scientific literature more so than artistic. That said, there have been many artists that have influenced me over the years, and I am especially grateful to arts-technology communities like OpenFrameworks and Processing, out of which I’ve made many friends, and gotten many ideas and help on projects. Community is very important in arts technology, otherwise we’re all just sitting alone in front of computers.

RB: Can you say something about ml4a, the collection of free educational resources devoted to machine learning for artists?

GK: I started ml4a as a resource for a class I was teaching at NYU called “machine learning for artists” and slowly the scope of it grew to encompass most of the educational materials I was putting out, including outside of the university. I generally neither work as a creative technologist nor as a professional artist (selling my work) and so my educational output turns out to be the most stable part of my professional work, and it’s been really fun for me to keep a consistent workshop practice over the last few years, and ml4a has been a big part of that. These days, I’m thinking a lot about how to evolve ml4a, as some of the problems that it seeks to solve are becoming less relevant, now that there are so many more resources besides ml4a directed at artists and creatives. I’m thinking about how to make it more goal-driven and community-oriented.

Neural synthesis [2017]. Some recent experiments with neural channel synthesis. The video was created for the creativity exhibition at NIPS conference in 2017.

RB: A lot of the processes behind creative thinking are still unknown. Can AI-powered creativity and neural networks play a role in helping the understanding about our own creative methodology and imagination?

GK: Yeah, I think it can help us discover a lot of things by creating interesting interactions between us and our tools. When you work with systems that have flexible automation, it forces you to confront what the essence of creativity really is. Is it in the performance, or the composition, or the ideation? It’s all very subjective though, so I tend not to take the question too seriously.

RB: Can you say something about your project Abraham?

GK: I’ve been thinking about Abraham for a couple of years, and I’m pretty excited about it. It’s gradually becoming my main focus. In many ways, it’s a continuation of ml4a but a bit more goal-driven, with a tangible project as an end goal, and an expanded scope to include emerging topics besides machine learning, including decentralization technology, cryptography, economics, game theory, and even some philosophy. I’m trying to make the case now for why it’s an interesting construction, this idea of an autonomous artificial artist, and it’s been a learning process for me, trying to understand and articulate why I find it so meaningful. Hopefully, we start working towards a prototype later this year, and I expect 2020 for it to be my main focus.

RB: Can AI be taught how to create without guidance and develop its own sense of creativity?

GK: By definition, AI (or AGI) is all about creating agents that have all the same intellectual capabilities or even greater ones than human beings, and so in principle, if we believe a human can do that, then so could an AI eventually. How we achieve that in the future, and when or if that might ever actually happen is another question. I’m pretty optimistic in general and don’t see why we couldn’t accomplish this in principle, but it’s hard to predict.

RB: When does a neural network become an author of an artwork? And how can we form an understanding of the art that it makes?

GK: This question comes up a lot but I think it’s actually not well-defined. Authorship is a concept that very much predates AI and has not yet caught up. We are seeing now how limiting it is to try to assign one person or entity as the sole author to something, when AI brings in so many influences, and so many people, and so many data points. It very much fragments the notion of authorship, and certainly downstream ideas about intellectual property, copyright, and so on. No one ever asked “when does a paintbrush become an author of an artwork” even though it’s a tool just the same. But the more of the creative process AI takes on, much more so than the paintbrush itself, the more obsolete the authorship idea becomes, since AI is not really a singular being like a human. We may have to invent new words to really make this clear. 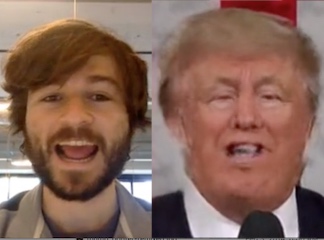 RB: Emotions are essential for creativity and is a subject being explored in a relatively new area of AI, Affective Computing, which seeks to place a machine in the world such that it recognizes, interprets, processes, and simulates human affects. In order to be truly creative, will AI need to develop emotions and consciousness?

GK: Like with authorship, I think some of these terms are not well defined. Have to pass on the question, it’s a bit too abstract!

RB: Pushing the boundaries of the medium is a natural part of the art making process because, in some ways, the artist is exploring the medium itself. What boundaries do you wish to push with the medium that you use?

GK: I’ve been really inspired by the world of decentralization and peer-to-peer networks, in how they are trying to increase our ability to coordinate en masse with many people towards shared goals. Abraham is very much influenced by this trend. I think there’s a lot of room to innovate here and a lot of low-hanging fruits. In the context of art, I’d like to see how it’s possible to make creative artifacts — artworks, music, even novels — through this kind of mode of mass collaboration.

RB: As well as mI4a and Abraham, what other projects are you currently working on or planning?

GK: I am helping some friends to organize a free retreat to make art in something of an intentional community in the desert. The website is brahman.ai . It is closely tied with some of my arts projects, but it’s much more anarchical, and some of my friends will be initiating interesting art projects and group activities there. It’s an experiment in sustainable learning and living, and I’m pretty excited to spend a few months focused on it next year. I’m also just generally researching AI and decentralization, and working occasionally on art projects and installations. For example, I just finished a big installation at a brand new museum in Germany called The Futurium.

All images copyright and courtesy of Gene Kogan.

Gene Kogan is an artist and a programmer who is interested in generative systems, computer science, and software for creativity and self-expression. He is a collaborator within numerous open-source software projects, and gives workshops and lectures on topics at the intersection of code and art. Gene launched ml4a – a free book about machine learning for artists, activists, and citizen scientists – and regularly publishes video lectures, writings, and tutorials to facilitate a greater public understanding of the subject. View all posts with Gene Kogan →