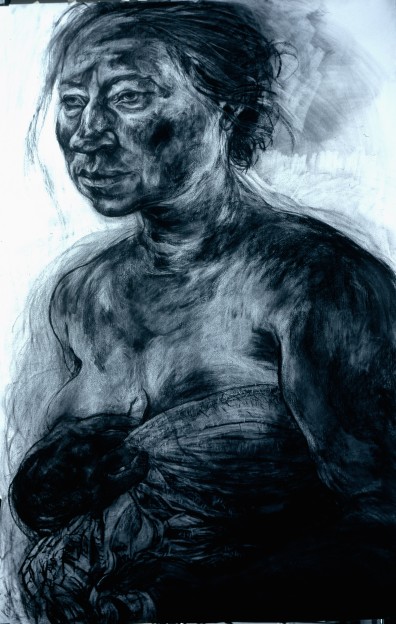 Anita Taylor: I was an undergraduate at Gloucestershire College of Art (in Cheltenham). I then went to the Royal College of Art to study Painting. My focus while I was at the Royal College was very much painting, although drawing remained a very central part of my practice, having drawn my way through my undergraduate course. After that I was very fortunate to be appointed as artist in residence at Durham Cathedral which was really quite a transformative experience, a very privileged experience, to have for twelve months working as, and being funded as, an artist straight out of college, and in such an extraordinary space. After that I went back to Gloucestershire College of Art as a Fellow in Painting. Then I moved back to London and started to fall into a teaching career, teaching at art schools across the country. I then became Head of Painting at Gloucestershire College of Art in 1991, and stayed there until 2003, when I went to Wimbledon as Head of Fine Art and then became Vice Principal. I was Vice Principal of Wimbledon until the merger with the University of the Arts London. I went to Wimbledon partly because of the Centre for Drawing and the MA in Drawing, and relocated the Jerwood Drawing Prize with me as a project. Once we had merged with the University of the Arts London, one of the projects we did was to roll out The Centre for Drawing across all six colleges of the University to encompass all their disciplines (and actually beyond) that drawing was connected with.

Then I had the opportunity to go to Australia to undertake a project, which was to lead the oldest art school in Australia, which was small, specialist and tucked into a government department in New South Wales, to become an independent art school. It was a fantastic project, to make a small specialist art school self-sustaining. That was a 360 degree change if you like, in terms of gaining and developing higher education provider status, charitable status, company status, everything involved as an institution. It was set in a fantastic place[1] to re-interpret, re-invent and re-purpose as an art school. When this role was completed I came back to the UK to take up the post of Dean of Bath School of Art and Design [at Bath Spa University]. That, again, has a lot of fabulous projects that I am very much looking forward to developing. I am also an active, or as active as I can be, practitioner and I still run the Jerwood Drawing Prize project, which is now 21 years old. 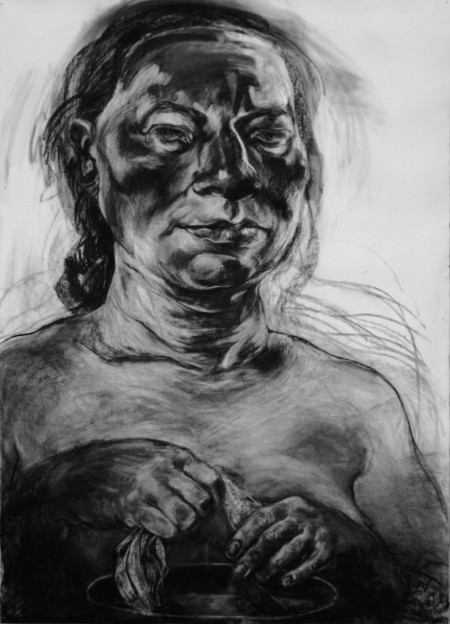 RB: How does your artistic practice feed into your research and teaching?

AT: I think it’s really important to be a practitioner. It’s important in terms of how I use drawing and material in a lot of different ways. For me, to be thinking through making is the most critical thing, and I still value that even in education management, thinking through the ‘act of doing’. I believe that ‘thinking through making’ is absolutely critical in terms of being able to problem solve, to deal with the unexpected and unanticipated; to taking calculated risk within a very clear framework. Also, to be creatively engaged in a cultural community, and an art and design community of makers, I think it matters for me. You always have the fear that when you run organisations people think that you’ll favour the discipline you’re in; but I think it’s actually about having respect across disciplines and being someone who is deeply engaged in something; that engagement in a field has the capacity to translate to others all that knowledge and understanding. In terms of teaching, I don’t do as much these days.

RB: Is that a good thing?

AT: Well, teaching takes a lot of energy, but I do love teaching and a do quite a lot of masterclasses and workshops. I do projects with art students but it’s the regularity of contact, which is difficult when one is in a senior position. I still take tutorials and run drawing workshops and projects within the School of Art and Design. Drawing is an important part of research, and discovering new insights for students to apply drawing as a means by which they might research an area or find a response to something. 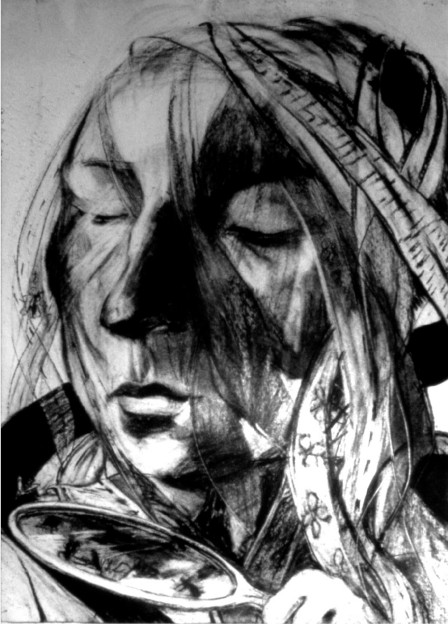 Anita Taylor: Seeing Something Else

RB: Over the past twenty years or so, anthologies, conferences, dedicated degree drawing courses, research papers, have proliferated, together with a Campaign for Drawing and a number of Drawing Prizes (including the Jerwood Drawing Prize, which you are director of). They all speak of the ‘expanded field’ of drawing, expanded not only in what can be counted in as drawing, but also in how we can think about drawing. Why do you think there has been such an upsurge in interest in drawing?

Professor Anita Taylor is a practicing artist, exhibition organiser, published writer and Dean of Bath School of Art and Design at Bath Spa University, UK. She is the founding Director of the Jerwood Drawing Prize project, the pre-eminent annual open exhibition for drawing in the UK. Anita is co-author of Drawing (Cassell Illustrated, 2003), and has contributed articles for publications that include The Guardian, Craft Arts International and Garageland, and has contributed to a number of key publications on drawing. She has chaired, organised and presented at symposia and conferences on a range of topics relevant to Art and Design. Anita exhibits her work nationally and internationally View all posts with Anita Taylor →