The ever-changing image of a permanent art:

Is it here to stay? 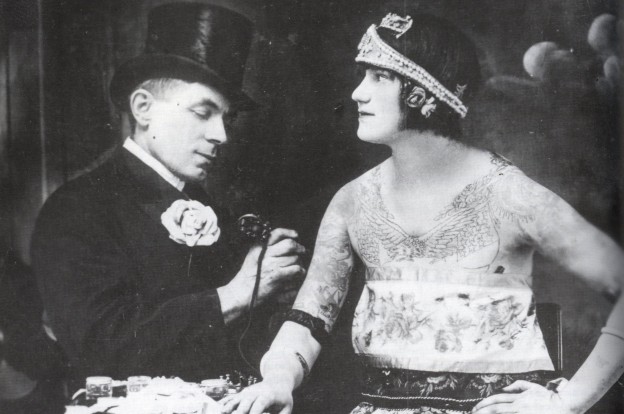 MARK OF IDENTITY– The changing Image of the tattoo

THE UNSOPHISTICATED ART– The birth of a new art form

ARTISTIC DEFINITION– In the eye of the beholder

Today, tattoos are seen everywhere. Paraded on the streets, on television and even in celebrity culture. It has become a fast growing fashion trend in the western world over the last decade. The tattoo renaissance was in full swing from the 1980s onwards in America and has significantly influenced the tattoos that are seen all around us today. The explosion of this practice gained a lot of interest.

My own interest in this topic first started when I saw ‘Miami Ink’ and ‘LA Ink’ tattoo reality TV shows in 2005. This is what introduced me to this new medium of art. From my developing interest in this practice, I noticed a lot of people in modern day society viewed tattooing as a fad, a passing fashion trend; this seems to be a bold statement for such a permanent art. Tattoos have become more widely accessible, with plenty of studios appearing in many cities and towns across the globe. As a result I began to find that many views of tattooing did not take a holistic approach to this practice, ignoring its history and focusing primarily on tattoos as part of fashion. Although this art form had been embraced in popular culture and represented the ‘edgy’ take in fashion, many people still have limited knowledge about the ancient meaning and fast-paced history of the western tattoo, that has opened up the art to where it stands today.

Through an exploration of this topic I will reveal the significance of the history of tattooing in various cultures and how this has influenced modern times. Three concepts that I will focus on are; the evolution of technology and imagery, how women have impacted on the ‘New Tattoo’, and the key movements that pushed underground art into the mainstream. This investigation will show the progression of this ancient craft’s development into what I would consider to be a fine art.

A documentary that I found particularly interesting with relevance to tattooing was screened in 2008 on the National Geographic Channel; “On September 1991, a remarkable discovery of a 5300 year-old corpse was found in the Ötztal Alps by two hikers.” 1 The iceman ‘Ötzi’ (Image 1) had been naturally mummified, making him the best-preserved corpse, completely unique compared to the corpses preserved in the Egyptian era. His frozen body was discovered on a mountain between Austria and Italy along with clothes, a bow and arrow, a bronze axe and a flint to make fire. His skin was of particular interest as it bore over 50 tattoos formed by groups of lines and crosses. Unlike tattoos of the 21st century that are produced with needles, his designs were created by a fine incision in which charcoal was rubbed into. Preserved tattooed corpses have also been found in other parts of the world; one of the best-preserved mummies is Amunet, a priestess of the goddess Hathor, who was found in 1891 in an Egyptian tomb dating back to 2160BC.

‘The human form became, through the brilliance of inspired artistry, a sacred geography of the soul, a map of culture and myth expressed by forms painted, carved, incised, or etched upon the canvas of the body.’2   Permanent body art has been practiced as an ancient tradition in many cultures throughout the world. ‘Tattooing in tribal societies past and present has long been to communicate a social status, to mark an achievement or an affiliation, or to invoke protection, and in ancient and in relatively recent times it has been considered an important rite of passage into adulthood and into a particular social role.’ 3

The significance of tattooing has shifted over time with the most prominent use today being to decorate the body with meaning.

Early tattoos were not figurative like most are today. Many were formed from lines and dots as a status on the body. Tattooing was found to be practiced in Polynesia 2000BC, and was believed to have gone northwest to China, eventually migrating to Japan 1100BC. Over time the ancestors of the Polynesians colonised the majority of the islands in Melanesia; the Solomon islands, Hebrides, Fiji, Tonga and Samoa and by 1200BC the Polynesian culture began to develop. The art evolved and Polynesian tattooing became the most skilful and intricate tattooing in the ancient world. Today we see their elaborate geometrical and distinctive style re-worked into modern day tattooing commonly known as ‘tribal’. 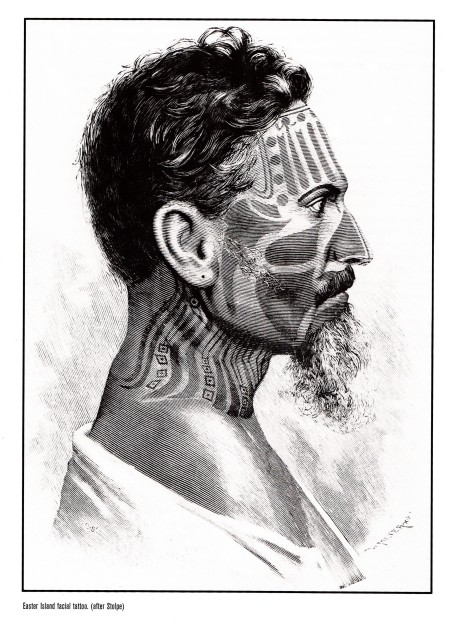 The most significant moment in the history of tattooing was in the 18th Century, involving Captain James Cook’s European encounter with the tattooing cultures of the South Pacific. This encounter introduced to Europe the word ‘tattoo’, ‘derived from the Polynesian root tatu or tatau, meaning to mark or strike.’ 4   Many publications are often mistaken in referring to this event as the origin of the tattoo in the Western world. This meeting between Captain Cook and the Polynesians seemed to be more of ‘a moment of stimulation’5 rather than the beginning of the European tattoo.

I'm a recent graduate from Central Saint Martins, having studied BA graphic design, specialising in illustration. I've always loved illustration and since the uprise of the tattoo culture have been focusing on developing illustration on skin to generate a new art form. View all posts with Danielle Groves →