Washed Up: Transforming a Trashed Landscape is an environmental installation and photography project that transforms the international debris washing up on Mexico’s Caribbean coast into aesthetic yet disquieting works.

Over the course of this project, Durán has identified plastic waste from fifty-eight nations and territories on six continents that have washed ashore along the coast of Sian Ka’an, one of Mexico’s largest federally-protected nature reserves and a UNESCO World Heritage site. He uses this international debris to create color-based, site-specific sculptures that conflate the hand of man and nature. At times, he distributes objects the way the waves would; other times, the plastic mimics algae, roots, rivers, or fruit, reflecting the infiltration of plastics into the natural environment.

More than creating a surreal or fantastical landscape, these installations mirror the reality of our current environmental predicament. The resulting photo series depicts a new form of colonization by consumerism, where even undeveloped land is not safe from the far-reaching impact of our disposable lifestyle. The alchemy of Washed Up lies not only in transforming a trashed landscape, but in the project’s potential to raise awareness and change our relationship to consumption and waste. 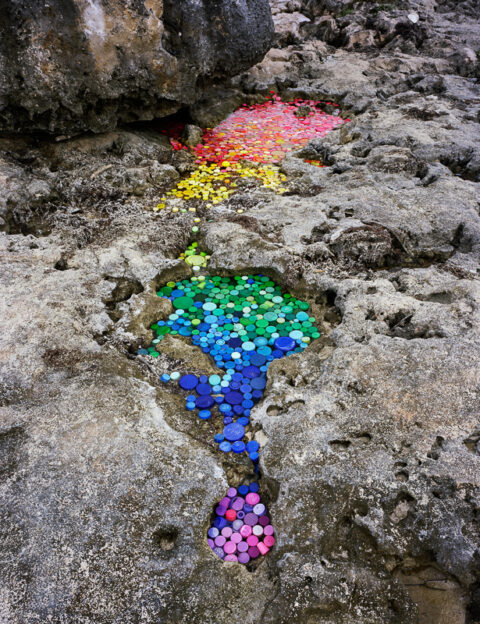 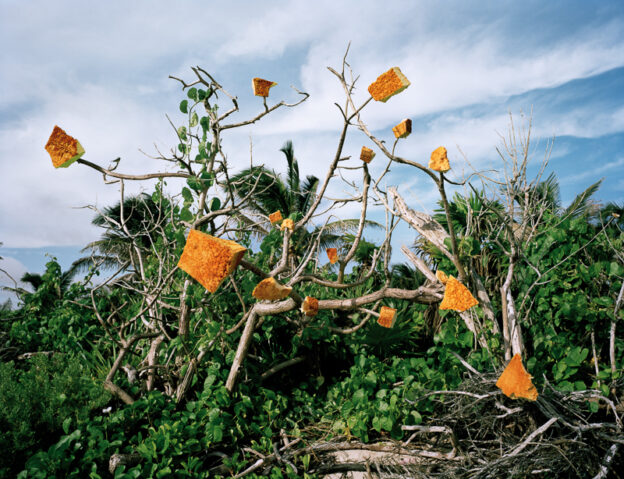 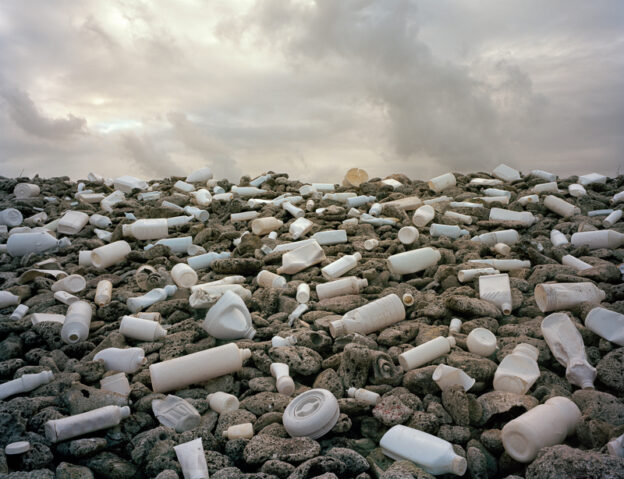 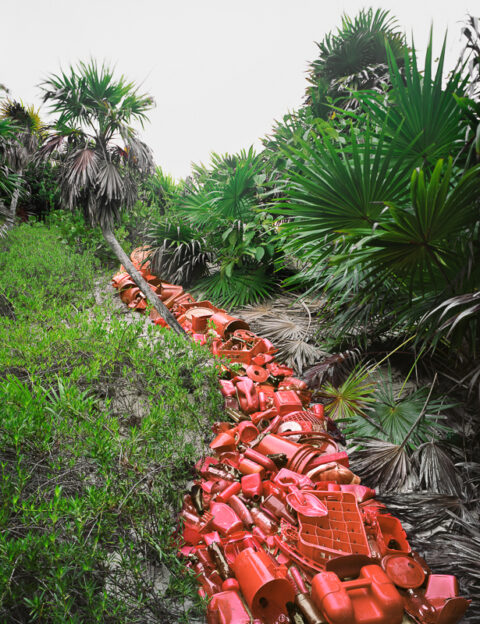 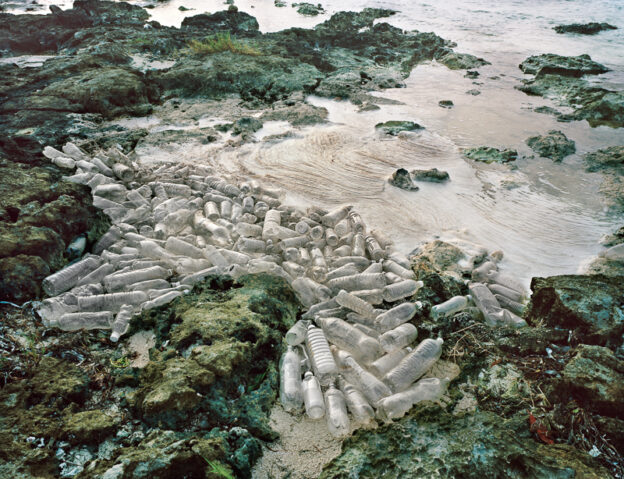 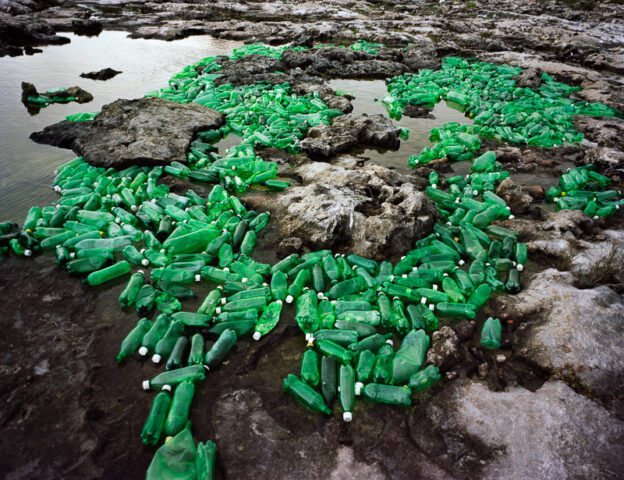 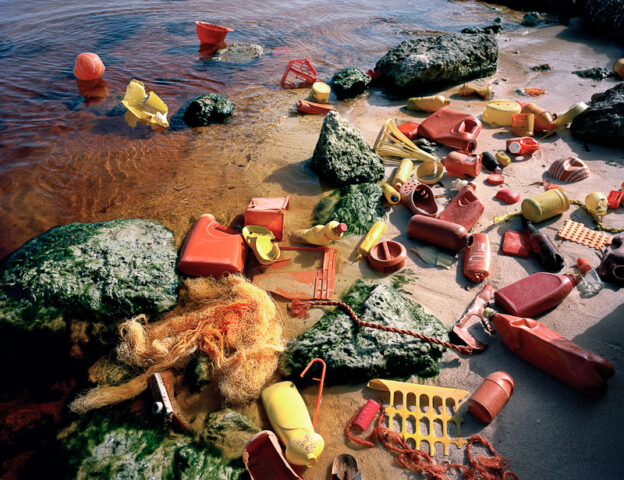 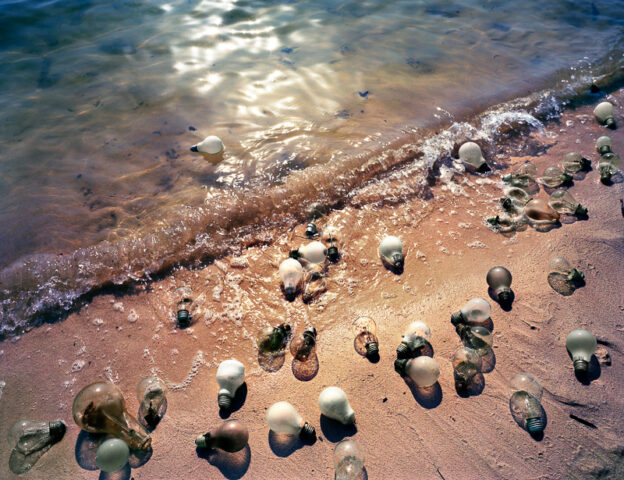 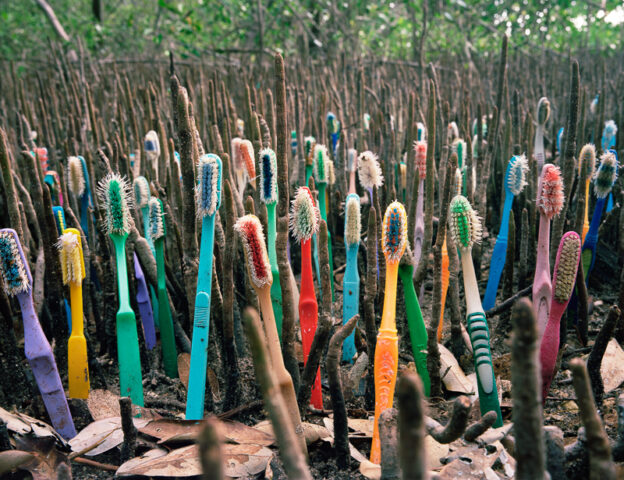 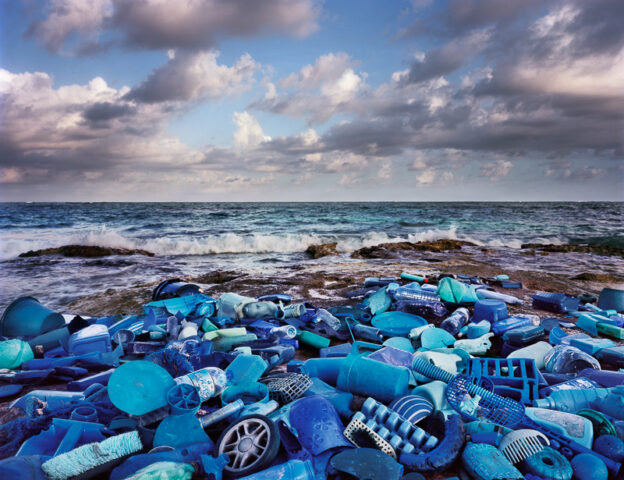 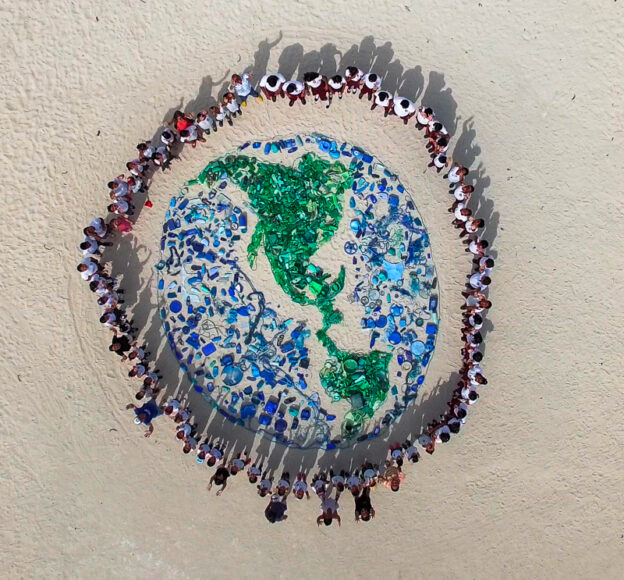 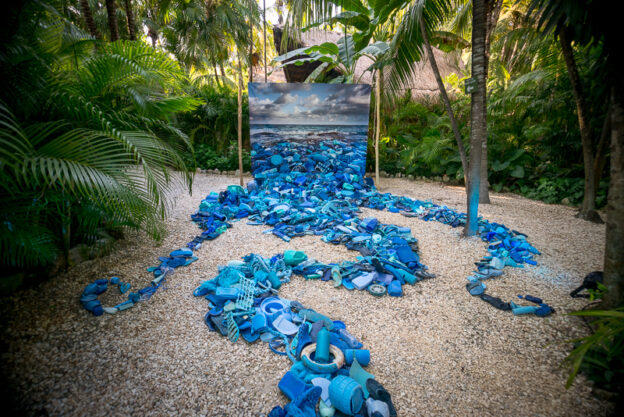 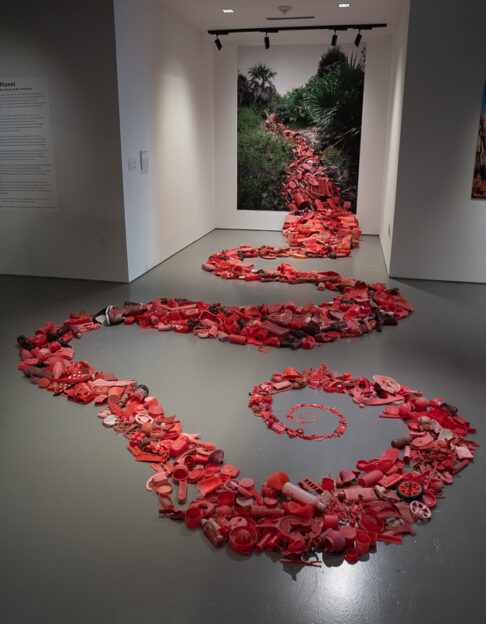 “Vena” at the Inter-American Development Bank 2019

All images copyright and courtesy of Alejandro Durán

Alejandro Durán collects the international trash washing up on the Caribbean coast of Mexico and transforms it into aesthetic yet disquieting art works that wake us to the threat of plastic pollution. Through photography and installation, his long-term project “Washed Up: Transforming a Trashed Landscape” examines the fraught intersections of man and nature, revealing the pervasive impact of consumer culture on the natural world. Durán also engages audiences through community-based environmental art-making and speaking engagements. As National Geographic’s Becky Harlan said, “A gorgeous UNESCO World Heritage site has a serious problem with ocean trash, and artist Alejandro Durán wants to inspire us into action.” Born in Mexico City in 1974, Alejandro is now based between Brooklyn, New York and Sian Ka’an, México, where he continues to gather trash for the project. He received an MA in Teaching from Tufts University and an MFA in poetry from the New School for Social Research. As an educator, Durán has taught youth and adult classes in photography and video at The Museum of Modern Art and The International Center of Photography. His media production company, Luma Projects, includes clients such as MoMA, Microsoft, UNICEF, and the Stone Barns Center for Food and Agriculture. Durán received a 2019 Creative Capital Award, Art With Me Tulum’s 2018 Social Impact Award, and was Hunter College’s Artist-in-Residence in 2014-15. His work has been featured at the Mt. Rokko International Photography Festival in Japan, the Fotografie Forum in Germany and Basta con la Plastica, Italy’s first Ocean Awareness Week. “Washed Up” has been published in National Geographic, Time, and The Huffington Post as well as the books 'Art & Ecology Now', 'Unexpected Art and Photo Viz', among others. View all posts with Alejandro Durán →