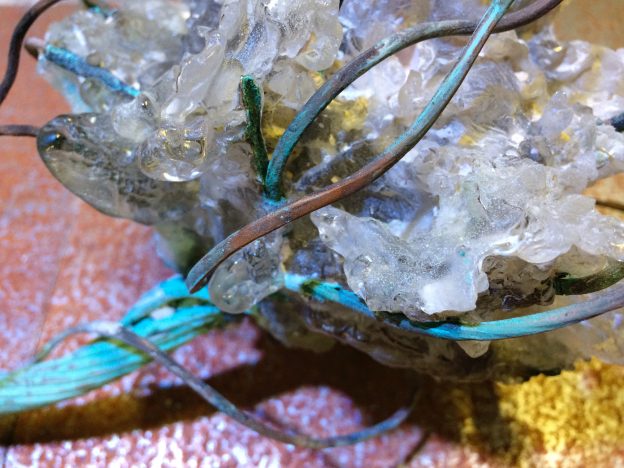 As a glass artist I not only recognise the decorative qualities of glass, but also the significant role glass has played in scientific discoveries, from the humble test tube to the microscope.

It was while researching the historical role electricity played in re stimulating neural pathways that I discovered how scientists have utilised the inert and insulating properties of glass, combined with the conducting properties of copper, to develop electrical interfaces that augment and enhance the body’s functions. Advancements in technology have reduced them in size to a few millimetres and electrical interfaces can now be integrated into the body, directly connecting to the body’s nervous system to aid its senses and bodily functions.

Inspired by these findings I began to manipulate these two contrasting materials, glass and copper; initially separately and then combined. The transparency and rigidity of glass combined with the solidity and flexibility of copper seemed two unlikely allies, but careful temperature control enabled me to explore various relationships between the two materials, penetrating, encasing, emerging and coating, to create freestanding sculptures that resembled the neuron form. 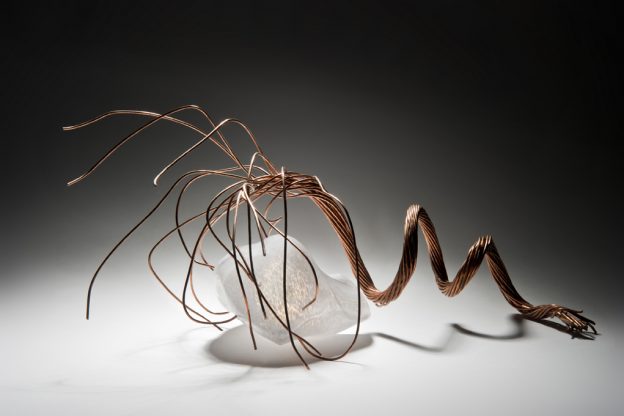 (Action Potential was made in collaboration with Devereux and Huskie Glassworks and Jeremy Keenan, a physical computing specialist. Video by Alice Pozzoli) 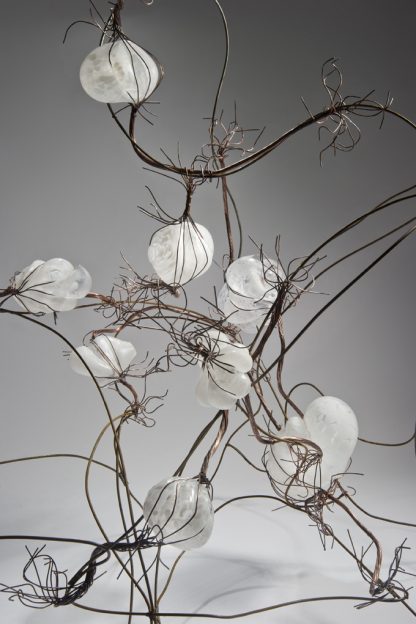 My ambition was to develop this concept further by inputting actual neural activity data into the microprocessors within the glass neurons. Spin Glass was made in collaboration with Kate Jeffery, http://www.jeffery-lab.net/index.html a Professor in Behavioural Neuroscience at University College London and Jeremy Keenan http://www.jeremykeenan.info a physical computing artist. 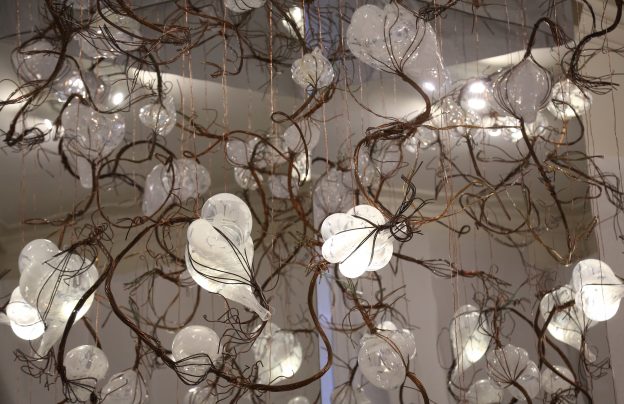 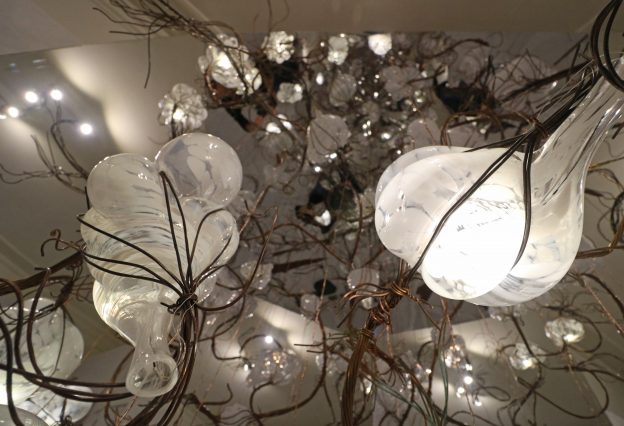 Spin Glass, 2018 is inspired by head direction cells, which are brain cells that create our sense of direction. When we navigate around a space, head direction cells fire every time we turn our head.  Our brain stores these patterns of activity, providing an internal map, which enables us to navigate our environment without becoming disorientated.

Spin Glass, as Kate Jeffery explains, ‘represents a head-direction network that is controlled by the head movements of an exploring mouse. With the animal’s movements, light activity shifts through the network such that the active neurons always signal the direction of the mouse’s head, thus forming its sense of direction’. The accompanying music, by Kate Jeffery, is made from samples of rubbed crystal glass, arranged in a circular musical scale; marking the movements of the head and the activation of the neurons.

Glass is a versatile material that is often admired for its decorative qualities, but my research has led me to realise that for centuries its other physical properties have been utilised by scientists to further scientific innovation. 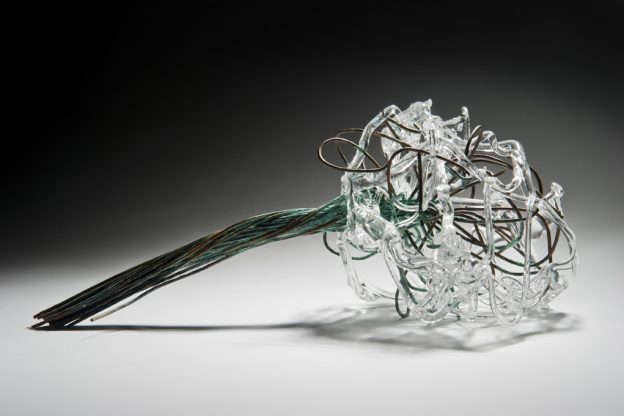 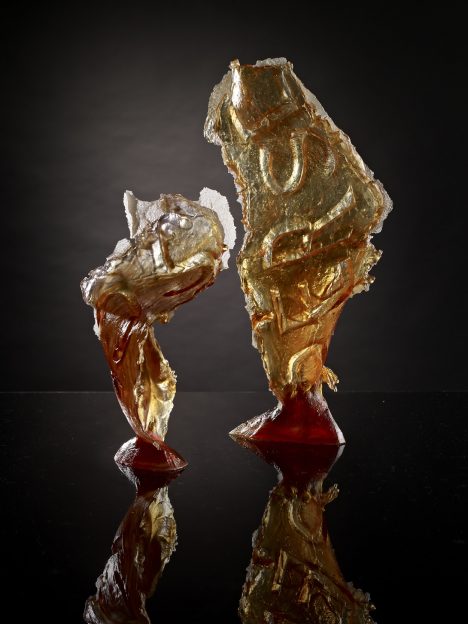 All images copyright and courtesy of Jenny Walsh

Jenny Walsh is a glass artist who uses glass in combination with other materials to explore the interface between art, science and technology, examining both the role of glass in scientific discoveries, as well as using glass to convey scientific concepts. She often collaborates with scientists, believing that working in a cross-disciplinary environment opens up new perspectives and encourages a broader audience to engage in science. Her art has been exhibited nationally and internationally, including amongst others, The Institute of Behavioural Neuroscience, London, The Wellcome Trust- MRC Cambridge Stem Cell Institute, FENS Forum, Berlin and The Hall of Science, New York. Walsh has presented science inspired glass workshops and spoken on BBC radio about interdisciplinary collaborations. Her work has been published both nationally and internationally, the most recent being in Scientific American-MIND. By working in an inter-disciplinary context Walsh has produced innovative artwork that has explored the communicating patterns of neurons and stem cell differentiation. View all posts with Jenny Walsh →