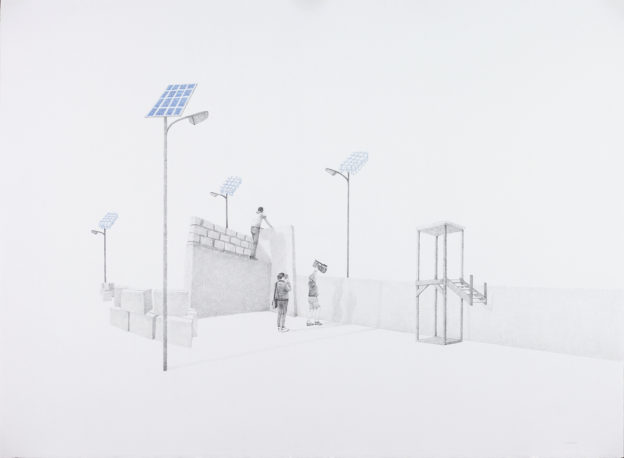 Untitled 1 (no plan is foolproof), 2019
Graphite and coloured pencil on paper, 66 x 91 cm (Courtesy of the artist and Selma Feriani Gallery © Adagp Paris)

Massinissa Selmani: I grew up in Algeria (Algiers and Tizi-Ouzou) where I studied Computer science. In 2005 I moved to Tours (France) to study Fine arts. I live between Algeria and France.

MS: As a teenager, I was very fascinated by cartoonists. As I got older, I discovered artists such as Saul Steinberg, Tacita Dean, Adrian Piper and the Belgian surrealist Paul Nougé as well as others who inspired me.  Algerian francophone literature also has an important influence on my work. 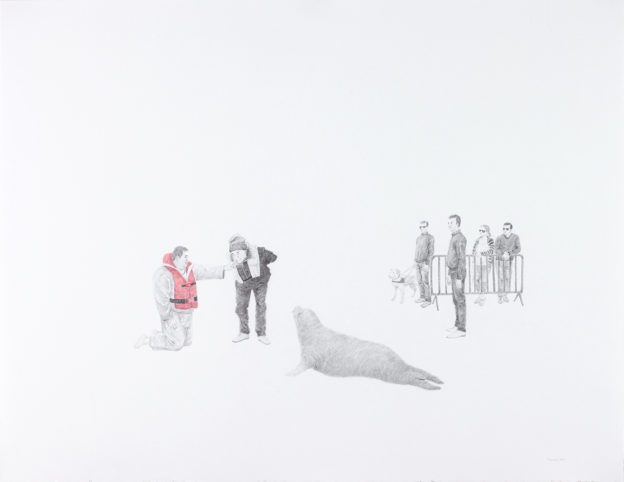 Untitled 2 (no plan is foolproof), 2019
Graphite and coloured pencil on paper, 50 x 65 cm (Courtesy of the artist and Selma Feriani Gallery © Adagp Paris)

MS: My practice is related to drawing and its various fields of experimentations in terms of aesthetic or graphic approach. I am interested in drawing as it relates to the documentary form, drawing as movement, the media coverage of events in the print media as well as more fictional modes. This body of research results in what I call drawn forms.

RB: The subjects feeding into your work originate in current social and political events. Would you say your work is political and/or documentary?

MS: Many of my formal sources come from newspapers and from press photography. I take fragments of these stories as a point of departure by drawing. I am particularly interested in the construction of those stories that are related to historical or social events. The event itself—in epistemological terms—can act as an object of research. My work is at the crossroads of these questions. 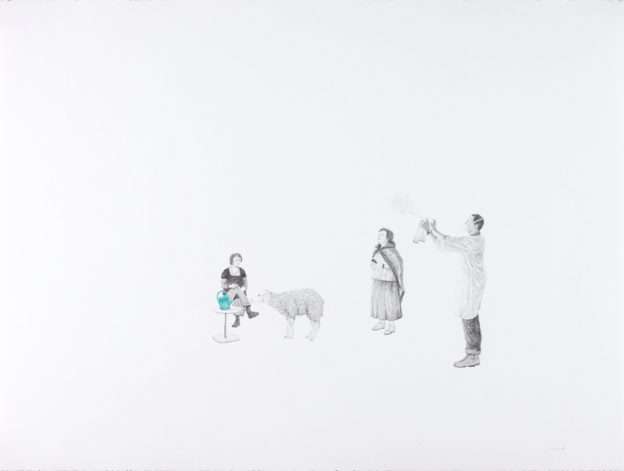 Untitled 3 (no plan is foolproof), 2019
Graphite and coloured pencil on paper, 50 x 65 cm )Courtesy of the artist and Selma Feriani Gallery © Adagp Paris) 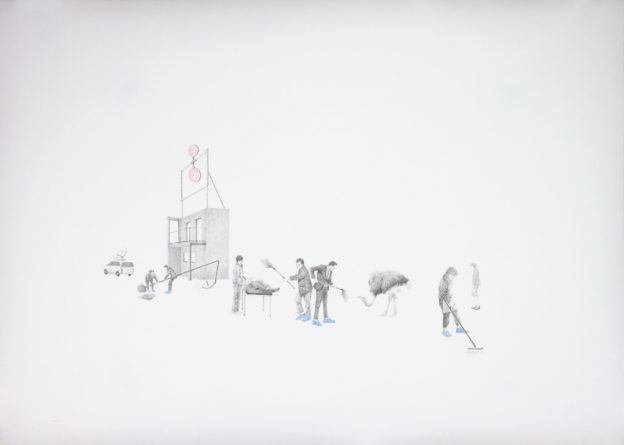 Untitled 5 (no plan is foolproof), 2019
Graphite and coloured pencil on paper, 90 x 135 cm (Courtesy of the artist and Selma Feriani Gallery © Adagp Paris)

RB: Can you say something about the concept of simplicity in your drawings, that is, of making work with the minimum of materials and components?

MS: My work is constituted by very little and is characterized by fragility or lightness. I have always worked in this way because I try to get to the point, to the essential thing. This process generally produces light forms as opposed spectacular ones. Conflict is inherent in the subject matter of my work, but it does not appear immediately. Instead, it is revealed slowly at different levels of encounter. My exhibitions are sometimes conceived as investigations linking different graphic elements. The content of the investigation is revealed in the overview or by making associations between drawn forms. This way of working allows me to remain independent and to be able to work in all kinds of circumstances.

RB: What can you say about the concept of space in your drawings?

MS: My drawings generally create unlikely situations. This construction of space is linked to a question of context. The drawings are constituted with graphic elements from different sources with different contexts. Drawing these disparate forms together provides them with a new context that is dissociated from their original one. I try to occupy the space in such a way that everyone can project themselves into its mental space. I usually say that my work is made up of absences that need to be filled. 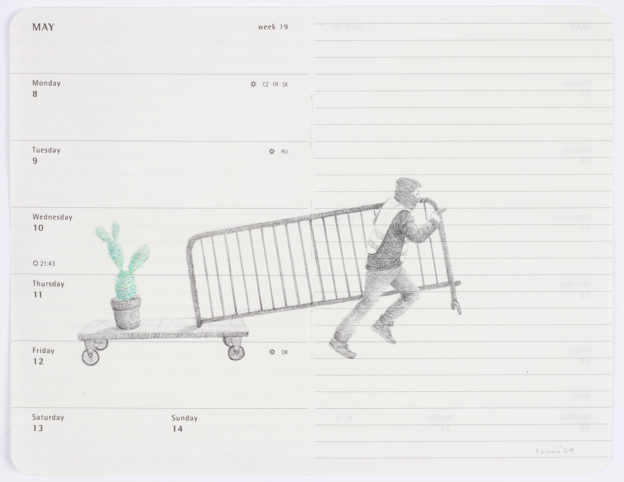 RB: A mix of the comical and the tragic is very much present in your work. How do you reconcile the two in your drawings and how important is humour in your imagery?

MS: In the environment in which I grew up, comedy and tragedy were often entangled. Humour is a defence mechanism against violence, a way to live through or deal with it. As I mention above, my first sources of inspiration are the cartoonists in the daily newspapers. Their state of mind partly shaped the way I work with material. 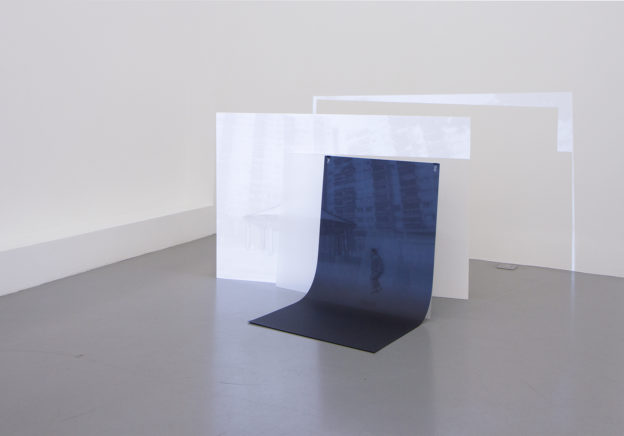 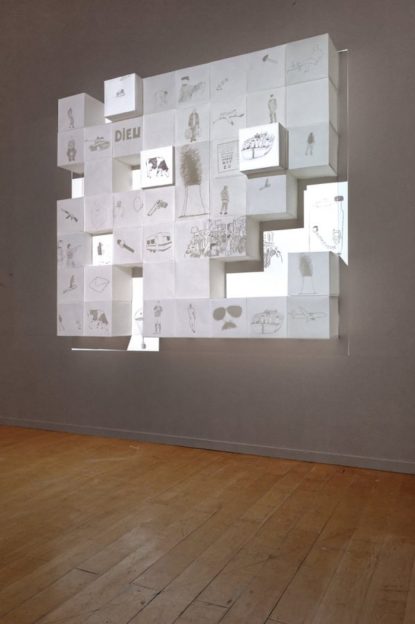 RB: Can you say something about your project 1000 villages?

MS: At the beginning of the 70’s, the Algerian government launched a large public-works project known as the 1000 “socialist villages.” The initiative aimed to relieve the rural population’s isolation and poverty and to return land to them that had been taken away during colonization. This project also aimed to encourage the rural population to adopt modern agriculture techniques and to involve it in the Algerian socialist project via agriculture.

Despite a laudable initial intention, the project could not be fully implemented because the implementation and construction of these villages, with few exceptions, often involved ideological or administrative considerations that imposed standards of production at the expense of the farmers’ real needs. The population gradually lost interest in the project, which was terminated a few years later. 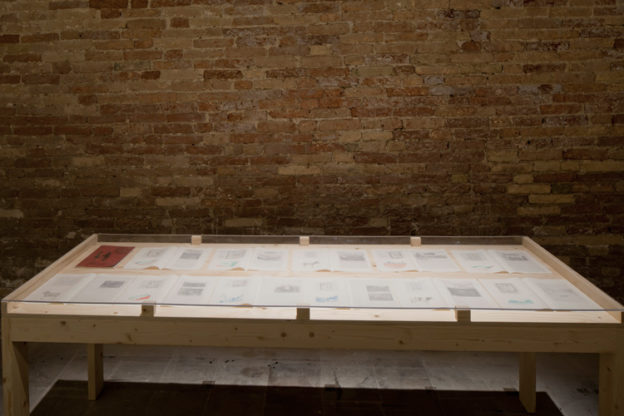 1000 villages, 2015.
Drawings on double pages and notebook cover. Graphite, marker and transfer on paper and tracing paper.
With the support of the 56th Venice Biennale, All the world’s futures. 2015
Collection of the Frac Centre Val de Loire, Orléans. France

1000 villages, 2015 (detail)
Drawings on double pages and notebook cover. Graphite, marker and transfer on paper and tracing paper.
With the support of the 56th Venice Biennale, All the world’s futures. 2015
Collection of the Frac Centre Val de Loire, Orléans. France 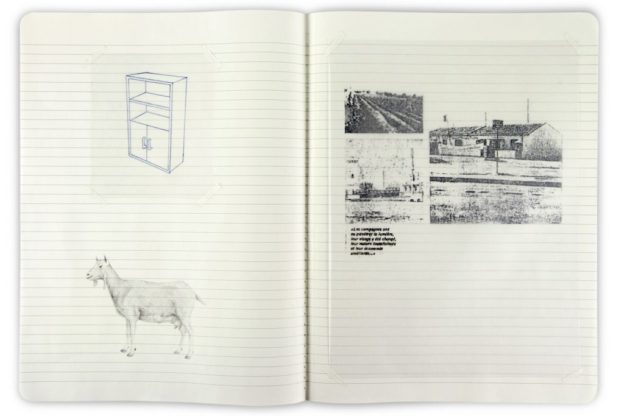 1000 villages, 2015.
Drawings on double pages and notebook cover. Graphite, marker and transfer on paper and tracing paper.
With the support of the 56th Venice Biennale, All the world’s futures. 2015
Collection of the Frac Centre Val de Loire, Orléans. France

The related body of work is composed by twenty drawings on two-page spreads of note book paper. They are arranged narratively as elements confronting each other: house plans, furniture drawn on tracing paper; drawings of spaces, agricultural land and animals. The images, reproduced using the transfer technique, are drawn from newspaper clippings from the 1970s. They are increasingly illegible as the series moves towards the collapse of this utopia. The last image is almost a ghost image. The only way to read these images in light of their context is by a caption printed on tracing paper, which restores the mental space of the original newspaper article.

A drawing on the cover of a notebook is based on illustrations sold in the 70s-80s in Algeria that promoted the Algerian agrarian and industrial revolution. 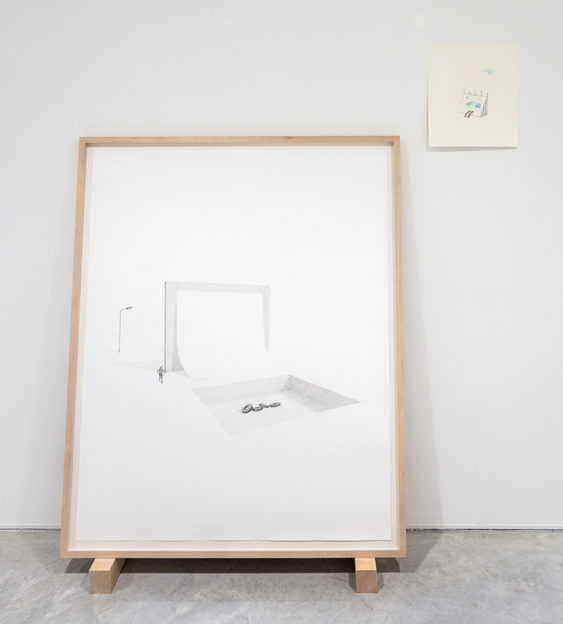 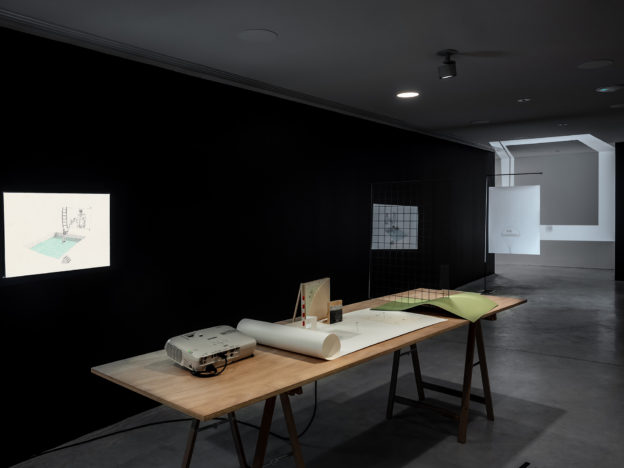 MS: Currently I am working on a new body of work exploring the landscape through graphic research based on the “disappearance” of the outline. I will be in a residency at the Civitella Ranieri in Italy and at the Fayoum Art Center in Egypt, in addition to several exhibitions projects. 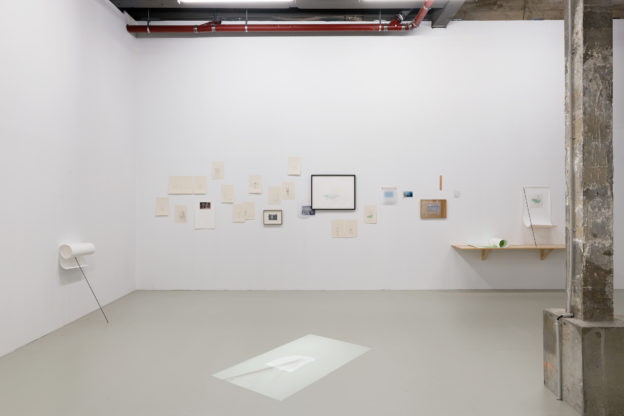 Born in 1980 in Algiers, Algeria. Lives and works in France and Algeria. After studying computer science in Algeria, Massinissa Selmani graduated from the École supérieure des beaux-arts in Tours, France. His work has subsequently been hailed by a special mention of the jury at the 56th Venice Biennale in 2015. In 2016, He received the Art [ ] Collector Prize (Paris) and the Sam Art Projects Prize for contemporary art (Paris). Massinissa Selmani’s work aims to create drawn forms mingling a documentary approach with fictional constructions and animations, while taking as its point of departure contemporary political and social issues from press cuttings. Through confrontation, juxtaposition and even the superposition of actual elements, whose contexts have systematically been concealed, the artist creates enigmatic, ambiguous scenes unlikely to happen in reality, , bearing witness to the absurdity of human behaviours and always balances these depictions within the realms of the comical and the tragic, or architecture as an instrument of power. By arranging large white spaces and playing on effects of transparency and reserve, he invites us to fill in the gaps, to question the way we remember and write history, beyond any linear structure. In this way, he also raises questions about the production process but also the circulation and diffusion of media images, as well as the way they influence our perception of historical and current events. Massinissa Selmani has in particular exhibited at the Palais de Tokyo (Paris), the Dakar Biennial (Senegal), the Lyon Biennial (France), Art Basel (Basel), Zachęta National Gallery of Art (Poland), the Sharjah Biennial (UAE), IVAM Valencia (Spain), UGM Maribor (Slovenia), Frac Centre (France), the Modern Art Oxford (UK), the museum of African Art of Belgrade (Serbia), the Bandjoun station (Cameroon) among others. His work is part of public collections such as the Musée national d’art moderne, Centre Pompidou (Paris), the Musée d’art contemporain de Lyon and the Frac Centre (France). View all posts with Massinissa Selmani →