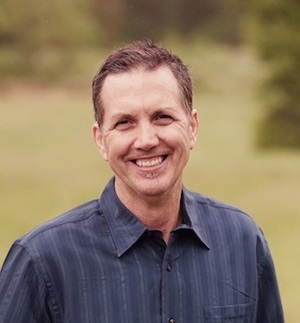 RB: The Standard Definition of Creativity states that creativity requires both originality and effectiveness. Can you say more about this? In particular, the term effectiveness raises the question – ‘according to whom?’

MR: Exactly right, effective for whom?  In fact you might say that creativity is like that—relativistic.  Then again, morals are too!  But even originality, the other part of the Standard Definition, assumes a context. The original expressions or discoveries of a young child are very important for that child, for his or her learning, development, creativity, but they may only be original for that child. They are still important and can be seen as a part of the child’s creative potential. That is where all creativity starts, with personal creativity. It may then develop and later work with expertise and the like for actual creative achievement, where the context of the creativity is much larger, perhaps even world-wide, as was the case of, for example, Einstein.  Effectiveness is also relativistic, and not just for whom, but also for which domain (art requires an aesthetic effectiveness, for example, where scientific or engineering effectiveness assumes a logical or realistic solution to a problem or at least something that flies (metaphorically speaking—and sometimes literally!)

RB: Is the element of surprise also involved?

MR: Some people see surprise as playing a large role. Long ago Jerome Bruner defined creativity as “effective surprise.”  (Bruner did quite a few terrific things. I quote him all of the time, and in fact adapted my favourite quotation from him so I could use it as the title of a chapter I wrote. He said, “We must prepare our children for the unforeseeable future.”  I think the only way to do that is to insure that children are creative.)

The US Patent office also refers to surprise, as have several scholars when discussing the best definition for creativity.  I do wonder if the surprise is a by-product. Perhaps creativity is “just” creativity and effectiveness, but those two things can be brought together into a “magic synthesis” (another quotation, this time to Arieti), and it is magical in the sense that “wow, this is not just novel, it works!”  The idea here is that truly creative things, which have that magic synthesis, may surprise us. That would explain the excitement experienced when a person has the creative epiphany, and the reaction when the creative person shares that incredible new (creative) idea.  More work is needed on surprise. One way or another, it is relevant.

MR: Metaphorical thinking often enhances creativity, or perhaps it is best to say that we can use metaphorical thinking to find creative ideas and insights. If we find a metaphor, we might very well be able to view something from a new angle. Additionally, metaphorical thinking allows us to go beyond what is literally present. Simplifying a great deal, someone could take a test of divergent thinking that asks the person to list as many square things as possible. If the person is entirely literal, squares are four sided, and must be four sided, and two dimensional, and the sides must be equal.  How many ‘literally’ square things can you think of?

But what if “square” is taken ‘non-literally’, or metaphorically? The options increase a hundredfold! Now a person can be square, as can a root, a meal, certain dances or expressions, and so on.  That being said, metaphor is not always a good thing. If you use a metaphor that already existed, or use a metaphor the same way each time, it is frozen, rigid, un-original. Worse, some situations may not actually fit the metaphor, but if you force things into it, you may actually lose details and specifics, and a range of things all of a sudden are all the same, because they are each forced into a metaphor. The trick is to find new metaphors or a new metaphorical process and avoid past metaphors.

MR: Yes—I think that is implied by the last part of the answer above.

Question: Can we improve our own creativity and, if so, how?

MR: Everyone has creative potential, and much of that potential can be fulfilled intentionally, by oneself. People can “invest” in their own creative potentials. Heck, certain places supposedly support creativity, and many creative people apparently gravitate to the right cities (San Francisco, or Austin TX), the right job, the right employer, etc. These are all decisions that may have a bearing on the likelihood that creative talents can be expressed.  So, first is realizing that you can invest and that investments are decisions.  Practice (e.g., divergent thinking, problem solving, finding new metaphors) is also good, as is being around other creative people.  In fact it is good to be around diverse people and to think about diverse perspectives. Attitude is huge as well. Then there are tactics that can be employed very systematically whenever you have a problem or an opportunity to practice being creative (e.g., incubate, postpone judgment, change the problem, shift your perspective, question your assumptions—all tactics).

RB: A recent study states that creative capacity can be enhanced by electrical stimulation of the brain (reported in ScienceDaily on 14 April 2016 of a study published the study in Cerebral Cortex). Do you have any views on this?

MR: It is really too early to say, but the results are promising. I have seen 4-5 studies of this.  Generalizations are not yet warranted, but the logic is sound, and it is worth more research, especially given that the method is un-intrusive.

About Mark A. Runco

Mark Runco earned his Ph.D. in cognitive psychology from the Claremont Graduate School in California and has studied creativity ever since. He is currently the E. Paul Torrance Professor of Creativity Studies at the University of Georgia. He began his teaching career as an assistant professor of psychology at the University of Hawaii, Hilo. He then taught at Cal State Fullerton for 22 years. He was also an adjunct professor at the Norwegian School of Economics and Business Administration for nearly 15 years and currently lectures regularly at Universidad de Cantabria in Spain and Shaanxi Normal University in Xi'an, China. He is a distinguished consulting faculty member at the Saybrook Graduate University in San Francisco. Mark developed and still teaches seminars on creativity, including "Creativity: What It Is and What It Is Not," "The Assessment of Creativity," "Creative Cognition," and "Social Contexts for Creativity." He is past president of Division 10 (Psychology, Art, Creativity, and Aesthetics) of the American Psychological Association. Nearly 30 years ago, Mark founded the Creativity Research Journal, which he still edits, and in 2014, he founded the new journal Business Creativity and the Creative Economy. He co-edited the Encyclopedia of Creativity in 1999 and 2011. In 2010, Mark published the "rCAB" (Runco Creativity Assessment Battery), a comprehensive battery of tests for the assessment of creativity. He has published approximately 200 articles, chapters, and books on creativity, its measurement and enhancement. His textbook Creativity: Theories and Themes: Research, Development, and Practice has been translated into six languages and was revised and expanded in 2014. View all posts with Mark A. Runco →