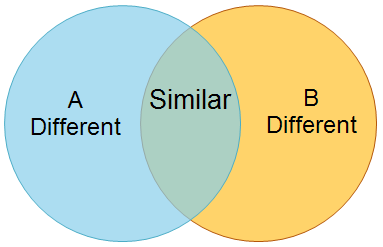 The debate over what is creativity is an old one. As a result it has been subjected to a considerable amount of scholarly attention over the last few decades. The current field of research is immense and covers many scientific and social-science disciplines. Despite the vast field of research some vital questions remain unanswered. Crucially, many academics and social observers still seek to offer definitive answers to questions about the extent to which creativity is an innate ability, the extent to which it can be enhanced through education and the extent to which creativity can be stimulated or suppressed by culture and environment. It is beyond the remit of this article to offer any definitive answer to these questions. Instead it will merely reflect upon the relationship between all of these factors in the context of exploring the influence different cultures may have on creativity and creative behaviour.

Although neuroscientists and psychologists are gaining a more nuanced understanding of the individual differences associated with creativity, research is hindered by problems with defining creativity and with finding appropriate means for measuring it. However, it is generally accepted that the three core characteristics of creativity that underlie and contribute to an individual’s creativeness are cognitive abilities, biographical traits, and personality. There are few certainties at this stage, but neuroscientists ascribe creativity to a set of complex biological functions within the brain which may be inheritable, while psychologists, artists, employers and educationalists continue to explore potential roots to creativity in the realms of education, culture and society.

Recent developments within neuroscience have led to some clearer answers about the biological functions involved in the biological process of engaging in creative behaviour. It is understood that the neurological process associated with creativity are most strongly, but not exclusively, observed in the right-hand side of the brain.[1] But, as Reuter et al (2006) notes, the hemisphere-related hypothesis is highly speculative.[2]  Consequently, research continues to assess how far biology may account for individual differences in creativity.  Biological differences in neuroanatomy, micro-circuitry and neurotransmitters systems, which may all be influenced by genetics and past experiences, may explain why the different neurological processes involved solving anagrams in test conditions are influenced by individual differences in resting-state brain activity. It is now understood that individuals are prone to solve problems either using insight (generative) thinking strategies or analytical processes which, it is believed, may be a result of an individual’s genes. Reuter et al (2006) note that in a number of early intelligence models creativity and divergent thinking was seen to be components of intelligence. Reuter poses the issue that creativity, like intelligence, could have a genetic basis.[3]  In a pilot test Reuter et al uncovered potential candidate genes that suggest creativity, like intelligence, may be inheritable. There appears to be a significant correlation between total creativity and the DRD2 and TPH1 genes as higher creativity scores  were observed in a sample of Caucasian subjects who were carriers of the A1 allele of DRD2 TAQ 1A gene and the A allele of the TPH1 A77C gene. Although, it is thought that these candidate genes represent a marker of creativity which is working in conjunction with an unidentified functional gene rather than actually being the cause of creative behaviour themselves. [4] Interestingly, the two genes were found to not represent any association with intelligence. This may reinforce the argument that intelligence is only an indicator of creativity to a certain IQ level. The exploration into the biological basis of creativity continues and the research to date remains inconclusive.

The relationship between the biological functions of the brain when creativity is actioned and the impact of environmental, educational and cultural factors is subject to enhanced levels of scrutiny. It is increasingly obvious that with the growth in cooperation between Western powers and Asia, especially China, there is a greater need for understanding the perceived the cultural conceptualisation of creativity that differentiate western cultures from Asian cultures. This can be seen today by the emphasis government agencies around the world and multi-national organisations, which largely employ heterogeneous workforces, are placing on the need to find methods to marry the two different versions of creativity. The hope is that the amalgamation of eastern and western forms of creativity  will foster greater levels of creativity and thus improve economic competitiveness. Between 2007 and 2013, for example, the European Council of the European Union set up a program to investigate the influence of culture on creativity in an attempt to drive creativity as well as innovative and economic competitiveness within and beyond the EU borders.

What characterises the difference in Western and South-East Asian ideas of creativity?

Research in the West has, to date, largely grappled with gaining a more refined understanding of the origins and quantifiable measurements of the extent to which the South-East Asian version of creativity differs to the Western version of creativity.  However, a vast wealth of research is coming from within China and her neighbouring powers as the Asia-Pacific rim countries continue to assume a greater proportion of the global economy and increased levels of investment in research & development projects. Clearly, there is an appetite on both sides to find a common ground or at least ways to bridge the perceived creativity gap between the broadly collectivist form of creativity seen in Asian and the more individualistic form of creativity which is idiosyncratic of most Western cultures in order to capitalise on shared cultural and economic ventures.

It has long been argued in the West that Asian creativity is not creativity at all as it is characterised by replication rather than innovation. Interestingly, the South Korean psychologist, Kyung-hee Kim (2004), argues that there is a strong negative correlation to be found between creativity and Confucianism. In her exploration of creativity amongst South-East Asian countries with a strong Confucian tradition Kyung-hee Kim concluded that there is an “ideological opposition between Confucianism and Creativity [where] Confucianism is about staying with tradition and living within existing confines, while creative strengths… are about investing fresh energy into new ideas.”[5] This is particularly interesting as she appears to be agreeing with the Western view that creativity is characterised by innovation. Is their less of a difference between the two conceptualisations of creativity than is often supposed? Kyung-hee Kim’s findings emphasise the role of Confucianism in the suppression of active creative behaviour. She argues that originality is suppressed by the demands of living with a tightly organised and hierarchically society. Another key finding was the strong negative impact on creative behaviour stemming from the Confucian demands for obedience and respect of hierarchy and age. This, Kyung hee-Kim argues, represents a repression of dissent which often accompanies creativity and innovation. All this, she argues is having a negative impact on economic development where institutions and organisation expect loyalty and obedience of the hierarchy to the detriment of encouraging new ideas and initiatives. Interestingly, her research into the Confucian tradition and education within South Korea is characterised by the demand to teach children through a system of rote learning. This, it can be seen, dissuades students from learning through questioning which has, according to Kyung-Hee Kim’s findings, led to a decrease in creative thinking amongst school children and university students. Perhaps a mental note needs to be made by the current Secretary of State for Education within England as she and her predecessor espouse the necessity for English school teachers to increase the amount of rote learning that takes place within English state schools.

In a recent BBC Radio 4 program (May 2016) it was revealed that there is a growing realisation within China that the country has lagged behind other major economies in terms of research and development and innovation for too long and as a result China is no longer seen as a nation of innovators. Consequently, China is embarking on an ambitious plan to become the world’s leading nation for scientific research. It is difficult to predict how this will impact on the future of Chinese creativity. Will they adopt a more Western-style of creativity or will tight central control from Beijing hold back their own ambitions? Certainly quantity of output is no guarantee of quality.

Western creativity, unlike Chinese creativity has long-been characterised by non-conformity. When discussing nineteenth century art in Imperial Russia, for example, Vladimir Nabokov noted that the imperial Tsarist authorities “remained aware that anything outstanding and original in the way of creative thought was a jarring note and a stride toward Revolution in Russia.”[6]  The so-called radical contemporary Chinese artist, Ai Weiwei, is considered to be radical within the context of his native China where his work is unusual for its political challenge to the ruling Communist party. In doing so Ai Weiwei has simply positioned himself within the established code of behaviour for artists in the West where engagement in political and cultural debate and challenging established tastes has long been seen as characteristic of creativity. However, within the West, Ai Weiwei is recognised and encouraged to remain a key figure within the generation of educated Chinese artists who are familiar with the Western interpretation of artists’ as innovators and as a source of challenge to established values and tastes. Ai Weiwei is following the path where other artist-led, quasi-political movements, such as, the Arts & Craft movement in Britain and the Bauhaus movement in Germany have been before. Yet, would Ai Weiwei’s art be so readily approved of in the West if it was to suddenly include pro-Communist propaganda? Similarly, would the West applaud an equally talented artist from China who was known for producing pro-Communist propaganda? Should creativity be judged by the colour of its political commentary as well artistic merits?

MEd in Educational Psychology from Bristol University Member of the Royal Historical Society Been a teacher since 2002, before that I worked in journalism in the Czech Republic and the City View all posts with Stuart Boydell →