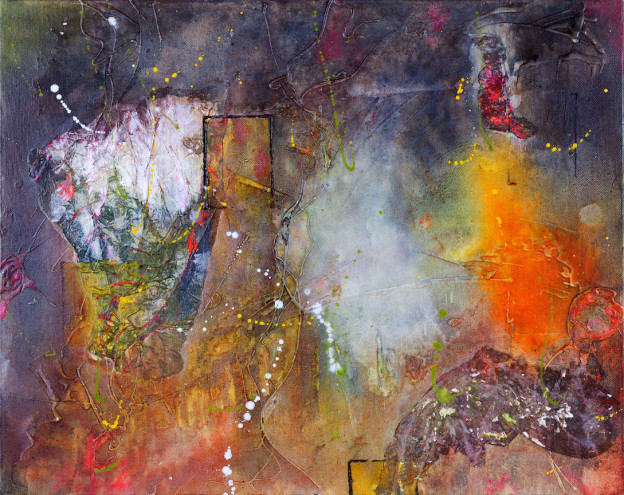 Lynne Cameron: I was of the grammar school generation and only the second in my family to go to university. I was encouraged to study maths, although I also loved studying French language and poetry, and went to St Hilda’s College, Oxford. Teaching in Tanzania with VSO after university was a pivotal time, which took me into language teaching and then into applied linguistics. I taught at the University of Leeds and the Open University, becoming a professor in 2003.

In my early forties, I had problems with my sight, which turned out to be caused by cataracts. After cataract surgery, the vivid return of colour and form to my world led me to learn to paint and draw.

RB: You are an artist as well as an academic in the field of linguistics. How do these two worlds combine?

LC: Just now, they are in the process of coming together very fruitfully. I was invited to the Free University in Berlin as Senior Fellow and Artist-in-Residence on their Cinepoetics project. This gives me the privilege of a space to make art and opportunities to talk about metaphor with linguistics and film studies academics in this exciting city.

For a long time, however, I kept the two worlds separate. Being an academic in applied linguistics was more than full time because I was writing and researching, and at various times leading teaching courses and taking on admin responsibilities. Art started as a hobby but increasingly wanted to be taken more seriously – I took courses, including summer schools at the Slade in London, and I spent weekends with art.

Over the years I came to the realisation that expressing emotions and ideas through painting matters too much to be limited to my leftover space and time. I gave it two days a week and eventually left the university to paint full time. The invitation to Berlin offered a wonderful opportunity to bring the two together. 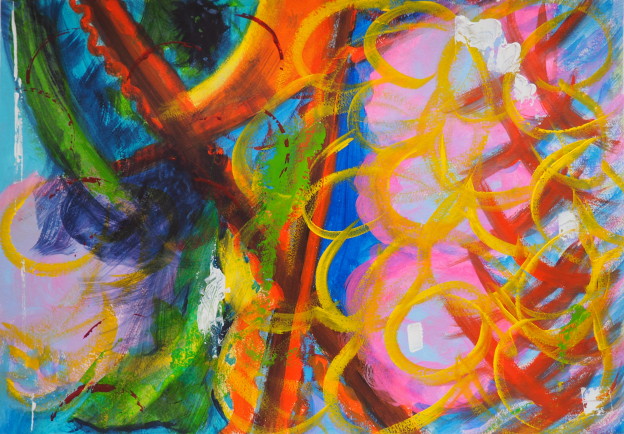 RB: Do you have any specific examples where your artistic explorations have helped to guide your academic thinking? And vice versa?

LC: Some ideas from learning to draw and paint are so striking that they have become metaphors across my academic work too. For example, “negative space” for artists is the space between objects or shapes. Negative space constructs a shape by bordering and surrounding it. Artists learn to notice and to paint that negative space, paying attention to the edges and form. I find the idea of negative space to be a powerful metaphor. – When I was researching what happens to empathy after violent conflict, I used the metaphor to conceptualise the negative space of empathy and gave it a label: ‘dyspathy’. Once brought into existence, dyspathy could be analysed for how it develops and how it can be reduced.[i]

My empathy research took me to Kenya, to investigate peace-building activity in the northern Rift Valley.[ii] One day we interviewed some young men who had been involved in conflict and were now finding ways to bring about peace. The clothes they wore to come to our interview included traditional-style cloths in orange and pink. When I painted about this experience later, these colours came to symbolise that energy and determination that they projected to build a better world for themselves and their families. 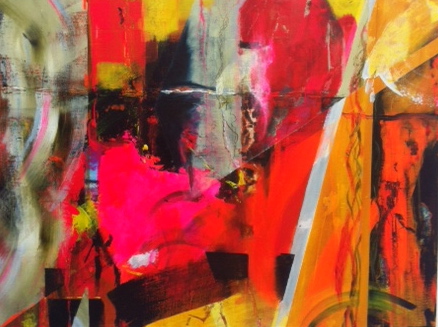 The colours have since appeared in most of my paintings, and the strength of the colours played a role in developing colour as a key force in my artwork.

RB: You were involved in a project called ‘Living with Uncertainty: Metaphor and the dynamics of empathy” (finished in 2014), which was followed up by the project ‘Empathy Dynamics in Conflict Transformation’. Can you say something about how metaphor relates to empathy?

Metaphor is seeing something in terms of something else – for example, when we use the metaphor ‘building bridges for peace’ (to quote my long-term empathy collaborator, Jo Berry), we see the transforming of conflict between two opposing sides into peace as somehow like constructing a bridge between them. Contemporary metaphor research shows how metaphor, and the language of metaphor, permeates our thinking and our ways of knowing the world. Metaphor is used when we do the work of empathy.

My research investigated what happens to empathy in conflict and post-conflict situations. For violence to happen, dyspathy must replace empathy; for conflict transformation to happen, dyspathy must be dispersed and empathy re-built. We collected focus group and face-to-face talk, and analysed how people with experience of violence and conflict talk about ‘the Other’, i.e. people who became enemies in conflict but who may have been friends and neighbours before and after conflict. Metaphor analysis was a key tool in this work.[iii] 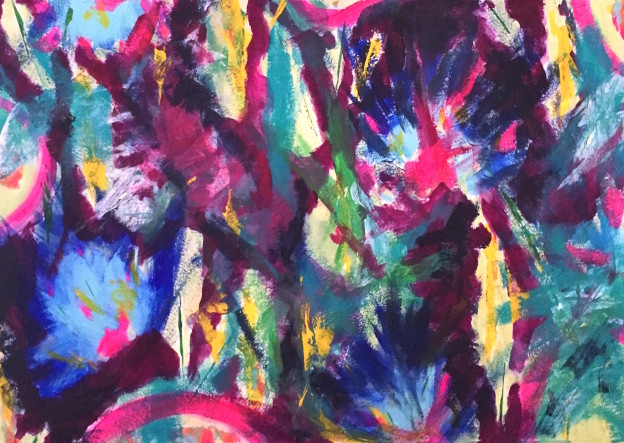 RB: Metaphor plays a crucial role in human understanding of the world. Can metaphor be used as a tool to uncover people’s ideas and attitudes?

LC: As a research tool, metaphor uncovers people’s ideas and attitudes, to a certain extent. Metaphor is particularly useful when people talk about topics that are somehow difficult for them to communicate, as happens with, for example, memories of conflict. The metaphors that people use can point us to what matters for them. However, my work also indicates that it is not as simple as finding metaphors and inferring attitudes from them.  Two cautions apply when drawing conclusions from people’s metaphors: (1) people have other ways than metaphor to think and talk about things that matter to them, and (2) strong and very negative metaphors seem to occur when people talk about what they did not do or do not want, often hypothetically. For example, one of my interviewees, a former IRA bomber, explains his political motivation for violence by describing what it would be like to be driven by more personal feelings of hate. The strong metaphors of gnawing, driving hatred do not describe how he himself felt but instead are used to distance himself from this. By metaphorically emphasising what is not true for him, he highlights his own position. The metaphors in fact highlight the negative space of his reasoning.

It’s not enough to sustain, … during a struggle like this.  … You couldn’t keep up with it,  if it was just driven by that sort of hatred that gnaws away at you. … You would soon be a casualty of it.

(from Metaphor and Reconciliation,  2011. Lynne Cameron)

We have, therefore, to take care in using metaphor as a tool, because such metaphors may tell more us about people’s imagined alternatives than about their reality. 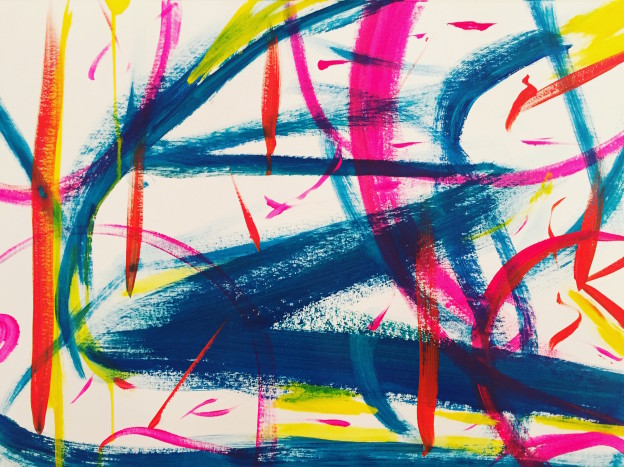 RB: Can creativity be defined and, if so, how would you define what creativity is?

… my life is a continuing conversation with myself and with the world, in which the courage to act is renewed through attention, reflection, and connection … Lynne Cameron is currently based in Berlin as Senior Fellow and Artist-in-Residence at Cinepoetics, Centre for Advanced Film Studies, Freie Universität Berlin. She is Professor Emerita at the Open University, UK. She has also been a professor of applied linguistics; a teacher of children and adults; a trainer of teachers. She has written articles and books on complex systems theory and applied linguistics, on metaphor, reconciliation and empathy, and on teaching languages to young learners, some of which won prizes. You can see Lynne Cameron’s paintings and read her art blog on www.lynnecameron.com Follow on Twitter: @lycameron and Instagram: Lynne Cameron View all posts with Lynne Cameron →